Part 1 is about size and weight and one line about sharpness ....

The Olympus 12-100mm (24-200mm equivalent focal length) has been a well-used and well-loved lens for me this past year.  I see that it has even relegated my Panasonic 14-140, a favorite from the prior year, to my lens drawer. Though the 14-140 is a “sharp enough” lens, the 12-100 is “more than sharp enough” and importantly has a few additional features, albeit at a significantly higher (2x) price point.

Most of the 12-100’s use last year (90%) was on the Olympus E-M1 which I have owned since it was first introduced some four years ago, and 10% of its use was on the Panasonic GX80/85, a camera that I acquired last summer. Both are 16mp cameras and I can't tell the difference in image quality with this lens, though I have to say that the lens balances better on the E-M1. 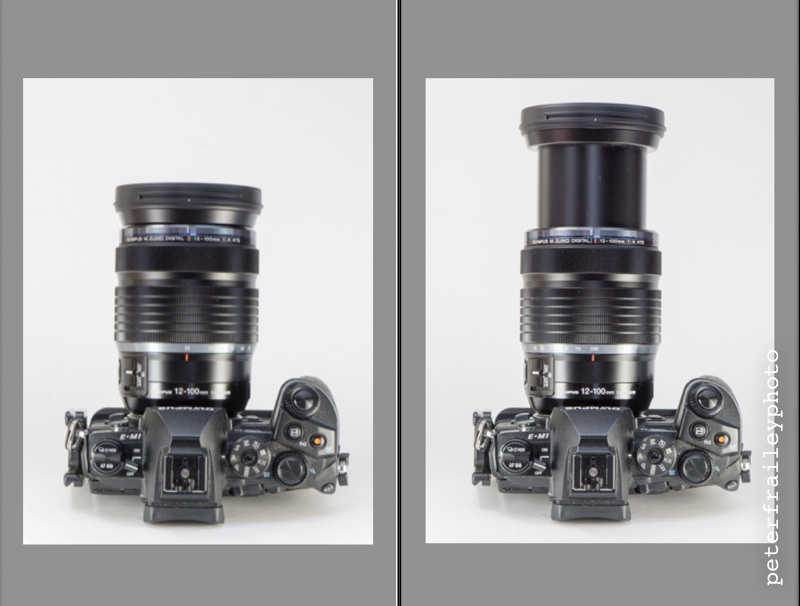 I did some filtering of images using Lightroom and found that last year I have saved about 2,000 images. I am sure my shutter actuations were more than twice that; maybe as high as 10,000, if past years' shutter counts are any indication.

What I found is that 50% of my images last year were taken with this lens.  This is a very high percentage because I have multiple lenses, many of which cover the same focal width.  For example, my next most used lens was the Olympus 12-40 F2.8 PRO at 10%.  Overall, it seems there were very few images that could not have been made with the 12-100.

Some reviewers have complained (or listed as a “con”) that the lens is big and heavy for a m43 lens. Of course, that is a subjective conclusion.  I feel it balances well with the Olympus E-M1.  With the added RSS L-plate/grip, the total weight of the camera and lens is 2.6 pounds. 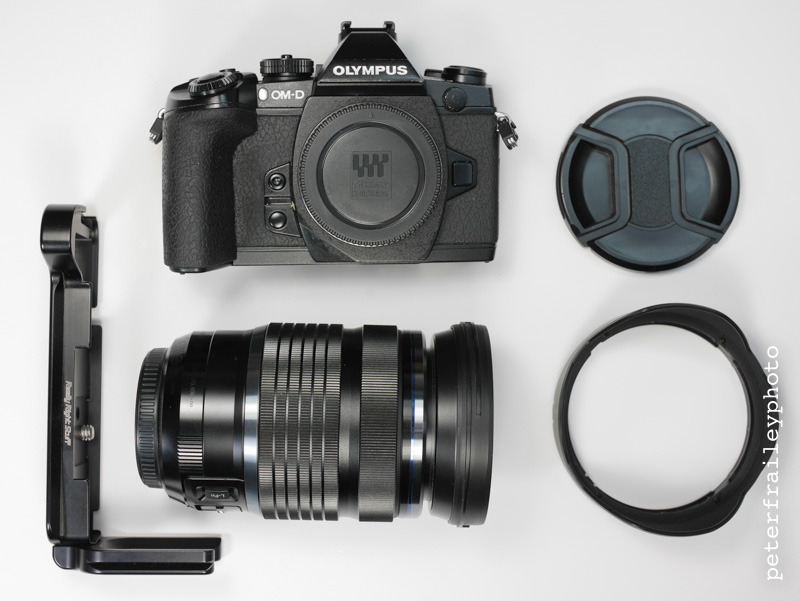 This body and lens package is lighter than just the lenses would be for a full frame Canon shooter (the required two lenses to cover the equivalent focal range would total 3 pounds) or Sony shooter (lenses would total 2.8 pounds), data for which is in the bulleted sentences below.

I smile when I think of how small and light this one m43 lens is compared to the full frame duo of a 24-70 F4 and 70-200 F4.  Yes, I do realize that it is not an apples-to-apples comparison because the depth of field is shallower with the full frame gear.  On the other hand, if you are mostly a landscape photographer who might shoot a scene with a full frame camera at, say, F16, you will only need F8 with m43 to get the same depth of field, assuming the same equivalent focal length and the same focusing distance.  Depending on the light available, this might be an advantage for the m43 system by allowing lower ISOs.

Here are some comparisons (data from imaging-resouces.com):


It is these comparisons that cause me to dismiss arguments that this "large" lens defeats the purpose of the micro four thirds format. 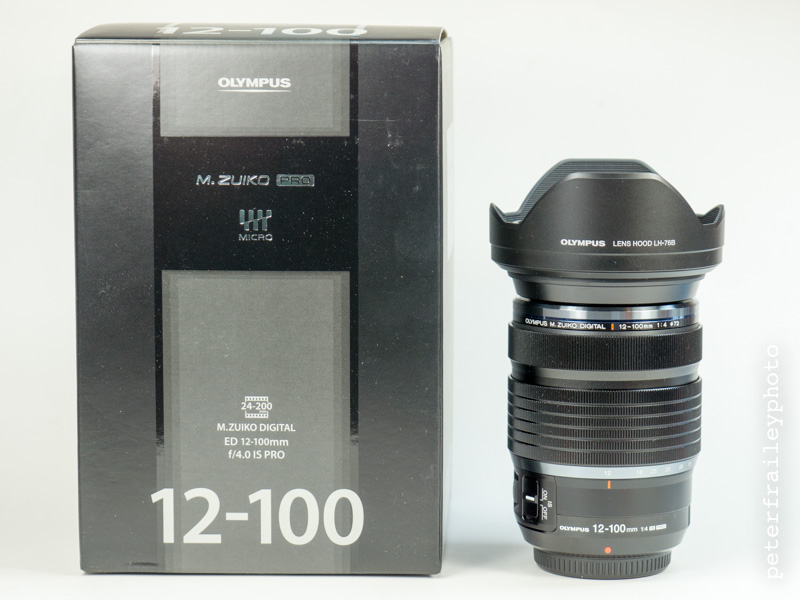 Part 2 will be about features and handling ....

My Photography Website is https://peterfraileyphoto.com/
Posted by Peter F. at 15:01

Email ThisBlogThis!Share to TwitterShare to FacebookShare to Pinterest
Labels: olympus 12-100