Just bought the Panasonic LX5. Some thoughts versus my Canon S90. 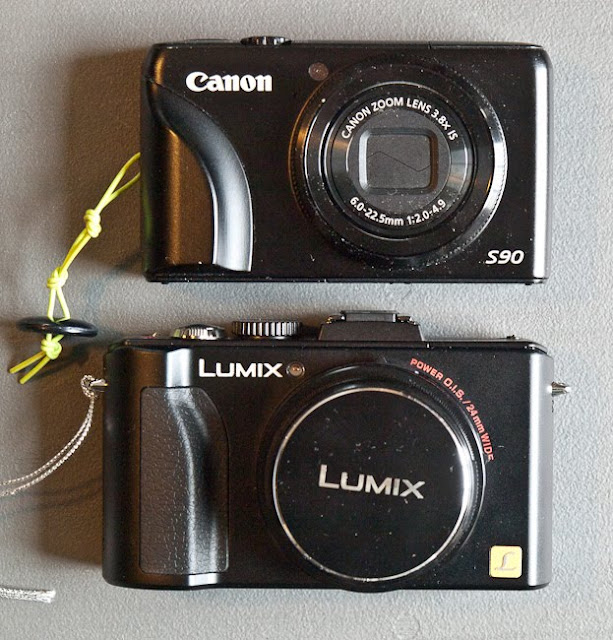 I just took delivery of the new Panasonic LX5, which just this past week began shipping. This was a real splurge for me as with a list price of $500 it costs more than the Olympus E-520 dSLR I bought last year including two kit lenses. But the price of the LX5 is the same as two other highend point-and-shoots: the Canon G12 and the Nikon P7000.

The LX5 is also an extravagence because I already own the Canon S90, which has many similarities, including the ability to shoot RAW; P,A,S and M modes; ISOs available in 1/3EV intervals; and 3 image bracketing. I have greatly enjoyed the S90 (4,500 images since I bought it in December, 2009) in spite of its ergonomic issues (very smooth surface).

But I have lusted after the LX series ever since I read reviews of the LX2, and with the announcement this summer of the LX5 it seemed its feature-set showed major improvements over the prior models, LX2 and LX3. I just couldn't control myself when I learned in July that Amazon was taking "pre-orders". 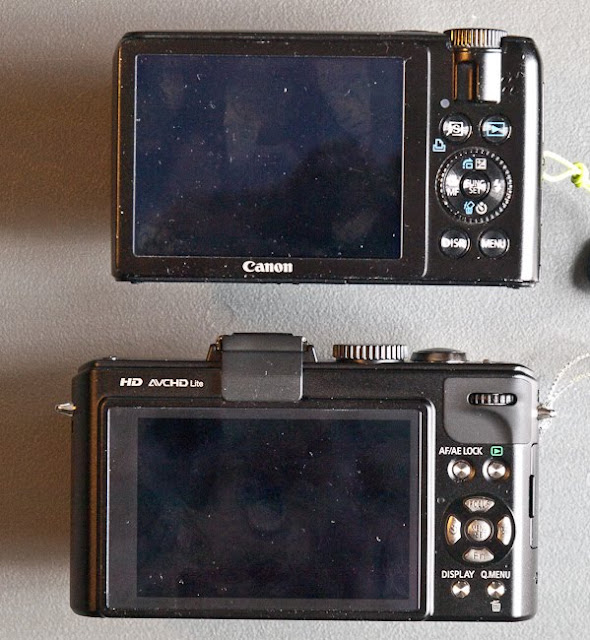 Your mileage may vary, but this is my list of the more awesome LX5 features not available on the S90. 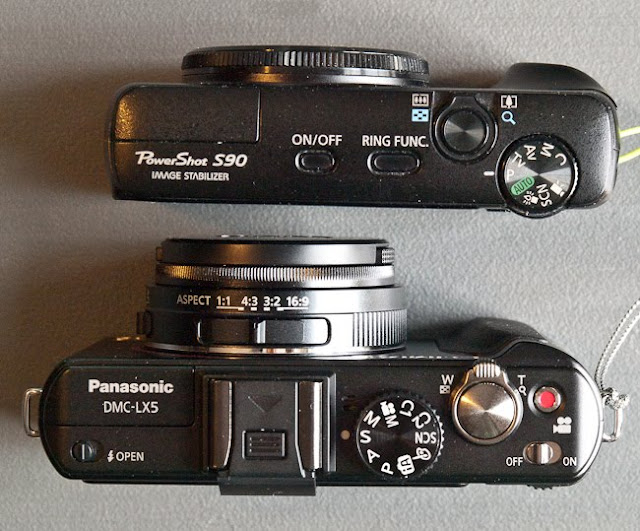 A couple of other thing occurred to me as I did my first fiddling with the LX5:


On the other hand.... While the LX5 "fits" into my pocket (sort of), the S90 "slips" into my pocket (easily).  The S90 is noticeably sleeker with a lens that collapses nearly flush with the body and I love its self-closing lens cover.  Less convenient, the LX5 lens protrudes even when the camera is turned off, and I am sure I will find the lens cover annoying and I am sure I will loose one or two.  The S90 weighs a convenient 6.9 ounces.  This is actually quite a bit less than the LX5's 9.6 ounces.  If you carry your camera in a pants pocket you will notice the difference in weight.  For me, the S90 has a convenience factor that makes it easy to take everywhere.

As far as features lacking on the LX5, the S90 has focus bracketing, which I have had some fun with. In software I have combined three images to increase depth of field. It would be nice if the LX5 had this as well, but other than Canon I don't know of any makers that include this feature. Also, the front dial on the S90 is real cool. I have it set to give me traditional focal lengths of 28, 25, 50, 85 and 105. On the other hand I have set up the LX5 to use the "step zoom" feature which does the same thing by using the zoom lever that surrounds the shutter button.

Time will tell which camera I will prefer.  If the LX5 were the size of the S90, I would sell the S90 immediately.  And if the S90 had a 24mm wide angle, I would never have bought the LX5.  There's definitely a place for the S90 in my pocket.  I don't know yet where the LX5 will fit into my routine.
Posted by Peter F. at 14:55 8 comments: