Monday I was able to get in my first day of skiing this season.  Things hand looked pretty good around Thanksgiving (about seven weeks ago) with some decent early snow.  But there has been no snow down here in southern New England since then, while northern ski areas were able to finally get some the last couple of weeks. For one reason or another I got a delayed start this season.  My goal for the season is 15 days, with the "minimal accepted" number being 10. Fingers crossed. 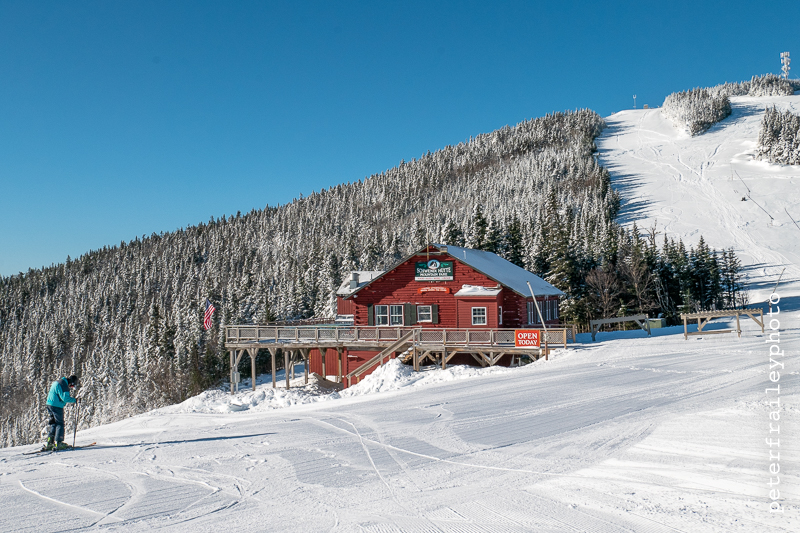 I bought my day pass at Waterville Valley ($29 midweek for seniors if bought online, at least one day prior) and packed the car the night before.  It is about an hour and 50 minute drive for me… just long enough to listen to two podcasts and sip on an insulated mug of black coffee.

There seemed to be plenty of people on the mountain and in the lodge, although I did not need to wait in line at the lifts.  I see my photos are also pretty void of skiers.


For gear I had the little Panasonic GM-5 with the tiny collapsable 12-32mm (24-64 equiv.) zoom.  I kept it in the outside chest pocket of my ski jacket for easy access. 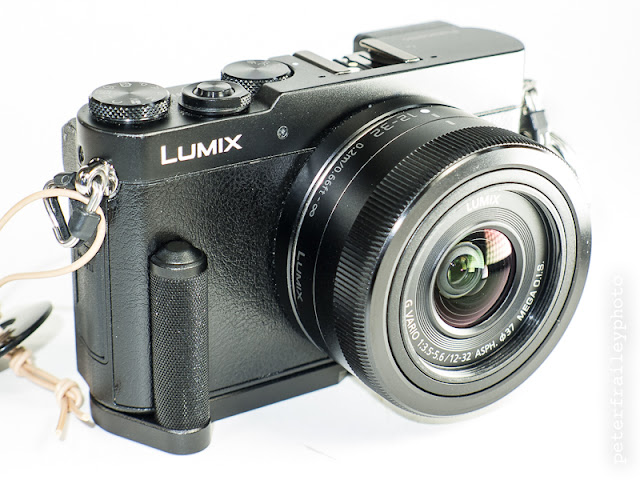 High temperature was about 24 degrees Fahrenheit and there was very little wind.  The battery registered as full when I got home, so I don’t think the temperature had much of an effect on the battery. And the camera worked fine. It must have picked up some body heat from me (I had 2-3 layers under my shell parka, depending on what you count as a layer) but the outside pocket allowed it to stay cool enough so that when I took it out to use, there was no fog on the lens.  Indoors, I just kept it in my pocket (except for two of the images below, both taken in the upper hut featured in the first image.) 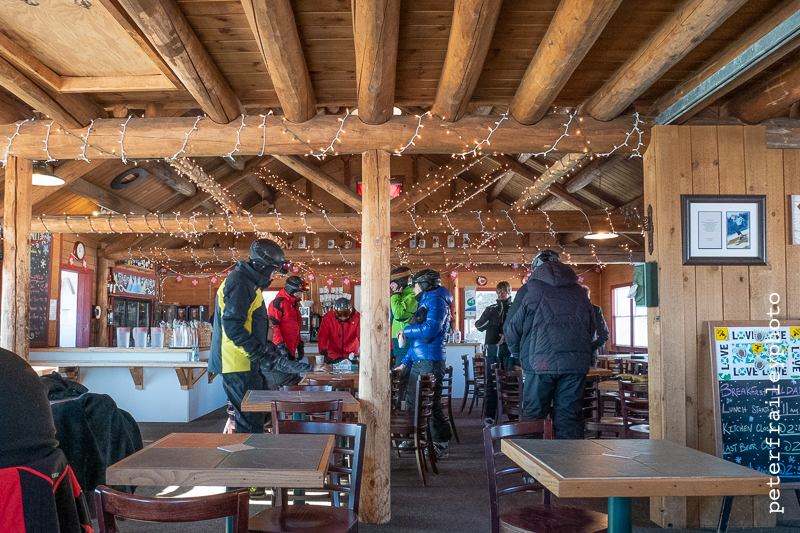 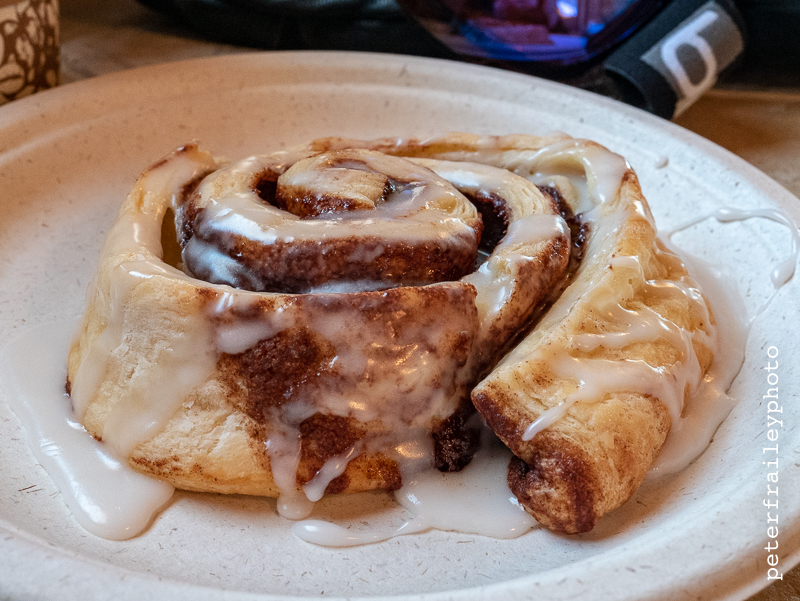 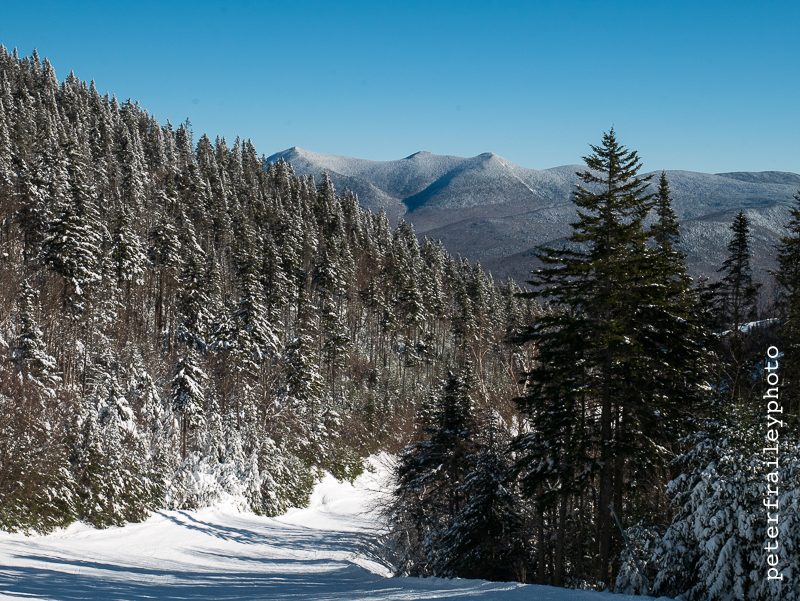 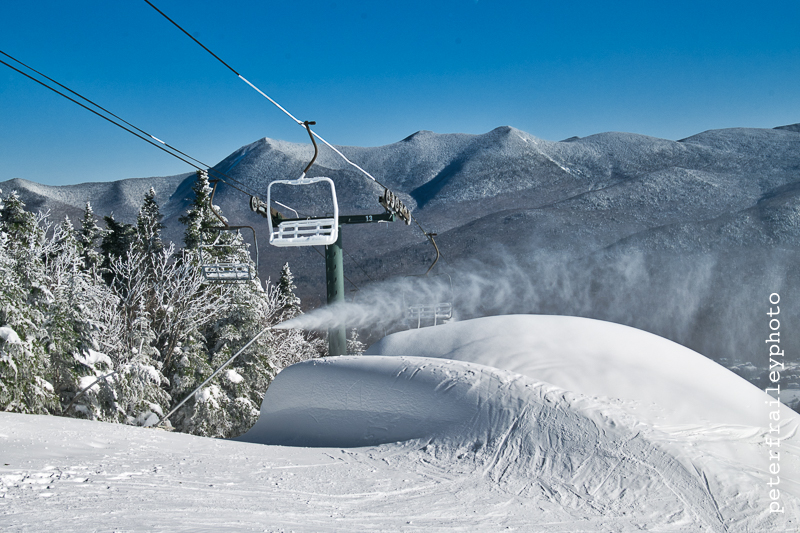 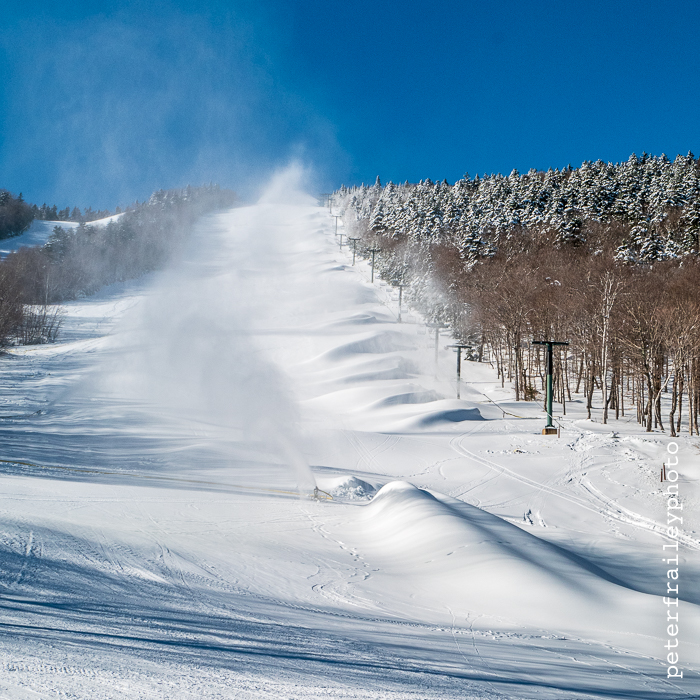 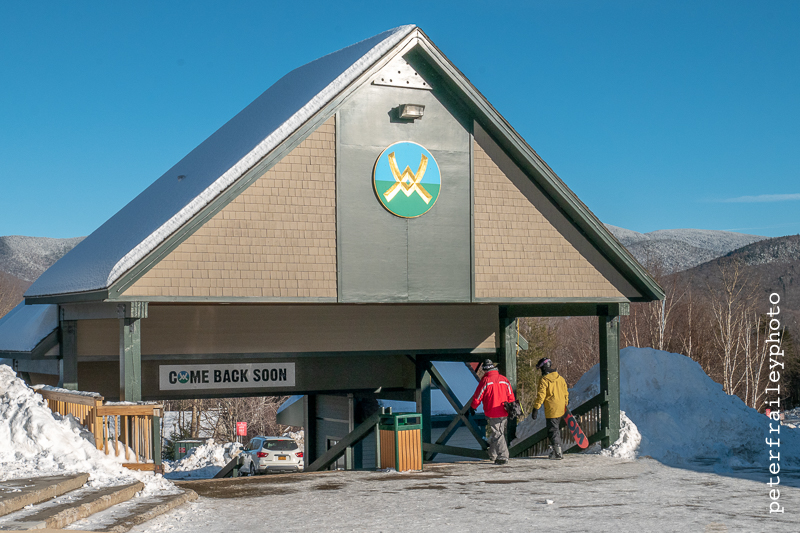 It is very difficult for me to predetermine what images will look good in black and white.  Often what I think will look great in black and white will, in fact, look boring and unappealing.  There are other times when I have accidentally clicked (or hovered) over a black and white preset and have been amazed how good a photo looks in black and white.  Except for the random hovering over the preset I would never have guessed. I have come to believe that the best chances of a successful conversion is when there is a lot of contrast and/or a lot of texture or “gritty-ness”.

Lightroom has many presets for different black and white styles (for lack of a better word). In the “develop” mode in Lightroom Classic CC, these presets (there are 10 of them in the initial group, and a few more further down the panel) run down the left side.  Examples of black and white styles found in the presets are: Landscape, high contrast, punch, and low contrast.

I filtered my 40,000 images in the Lightroom catalog and was surprised to see only 150 black and white versions, over the 10 year period I have been using digital cameras for landscape photography. That’s not a lot.  But I do like many of them.

I picked ten to post below, chronologically starting in 2007.  I enjoyed seeing how my camera selection has changed over the years.  I didn't remember that I had had so many different cameras, including Panasonic, Olympus, Nikon (just the first image and it was borrowed for our 2007 vacation), Canon, and Fujifilm. 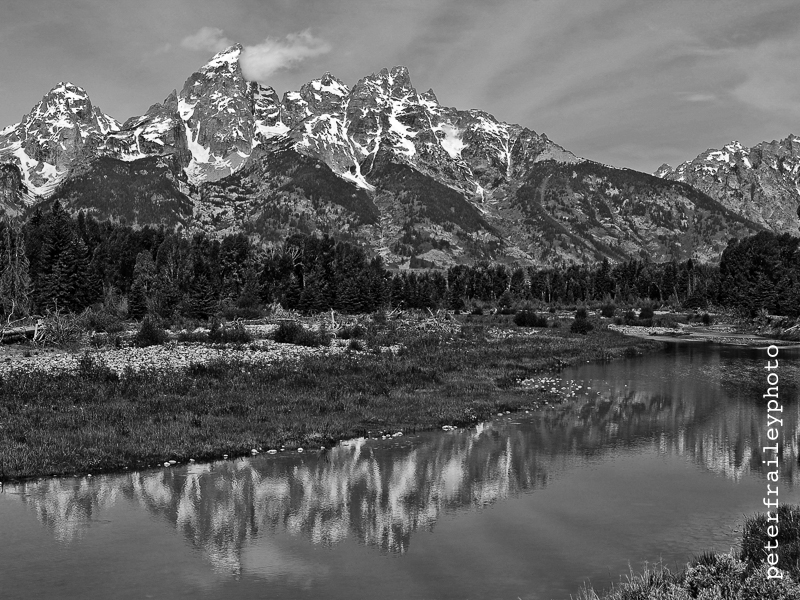 Schwabacher Landing, Jackson WY
2007: The second day with a borrowed Nikon D40.
As I recall, full auto, jpeg.
I had no knowledge RAW. 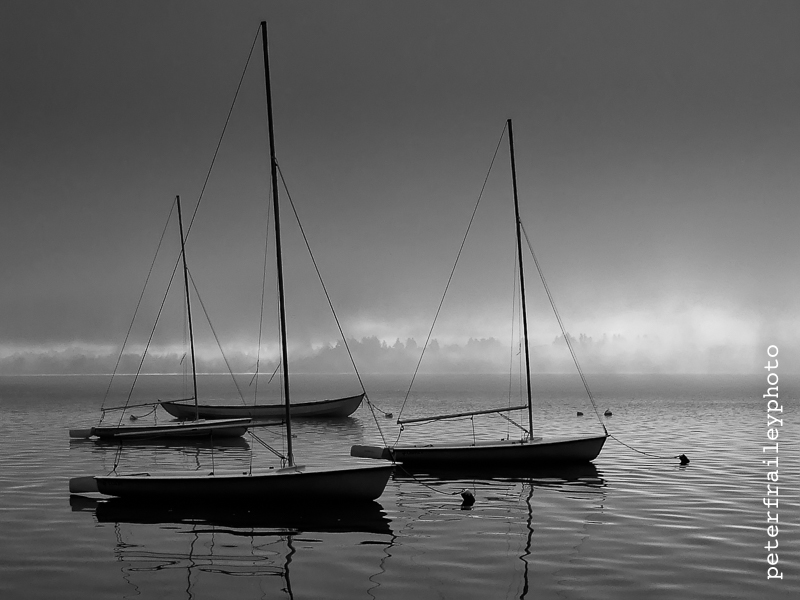 Sailboats and Morning Haze
2008: Fujifilm Finepix F20 point and shoot
At the time this camera with its slightly larger point and shoot sensor
had nearly a "cult" following Kayaking on the Sudbury River
2010: Canon S90 point and shoot
Same size sensor as the Finepix F20
but with more pixels as I recall 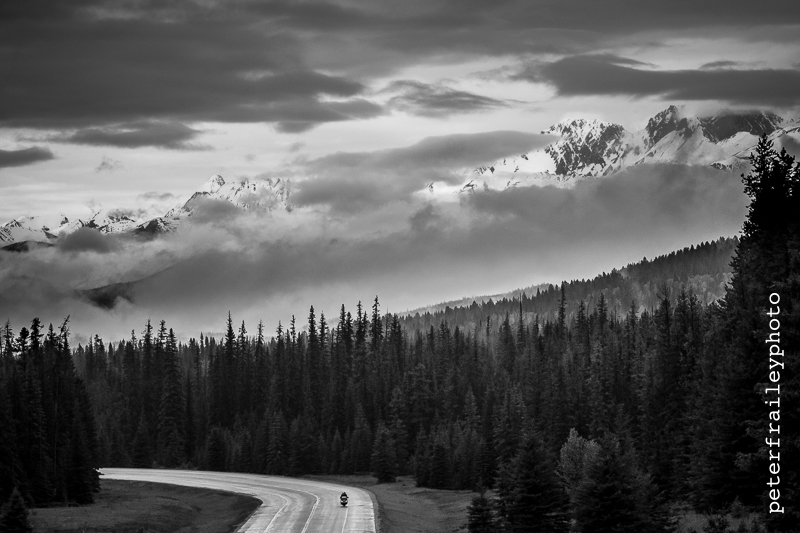 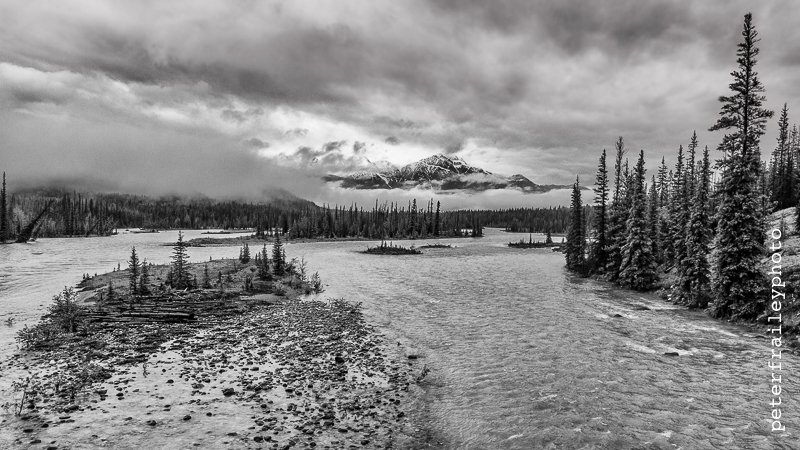 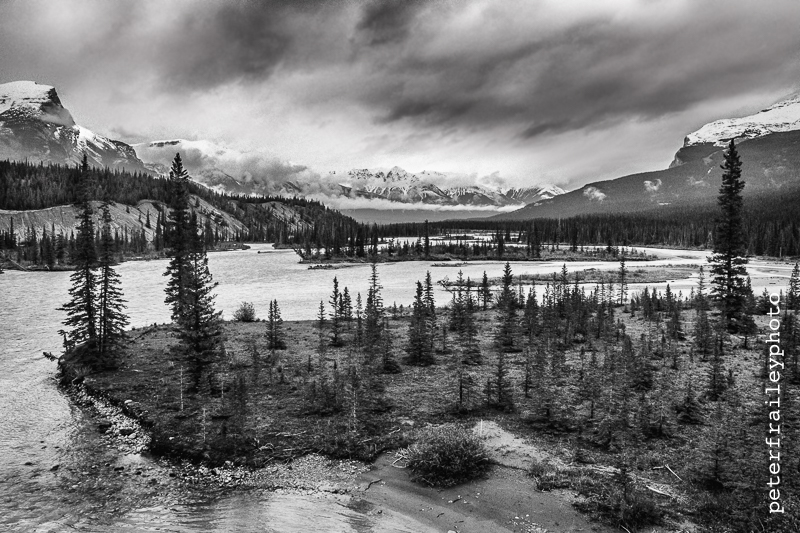 Three images above from The Canadian Rockies
2012: Panasonic GH2 with Olympus 70-300 zoom 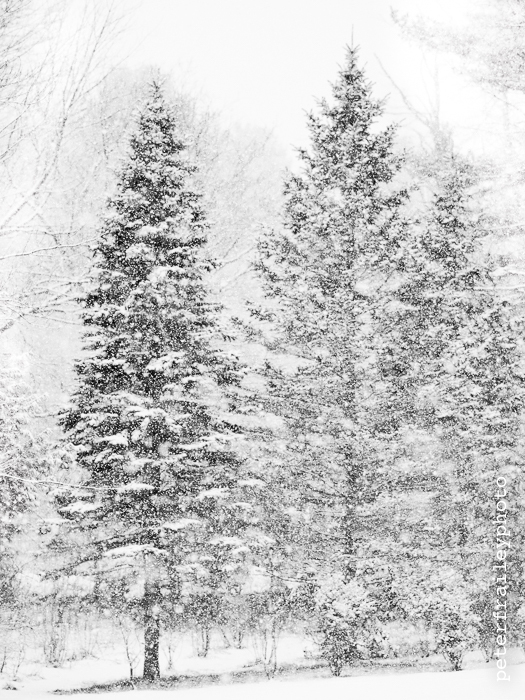 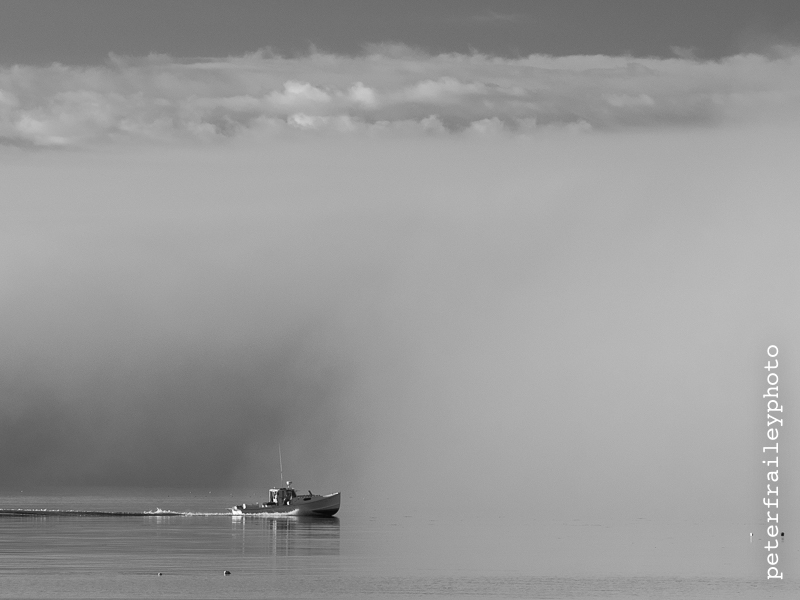 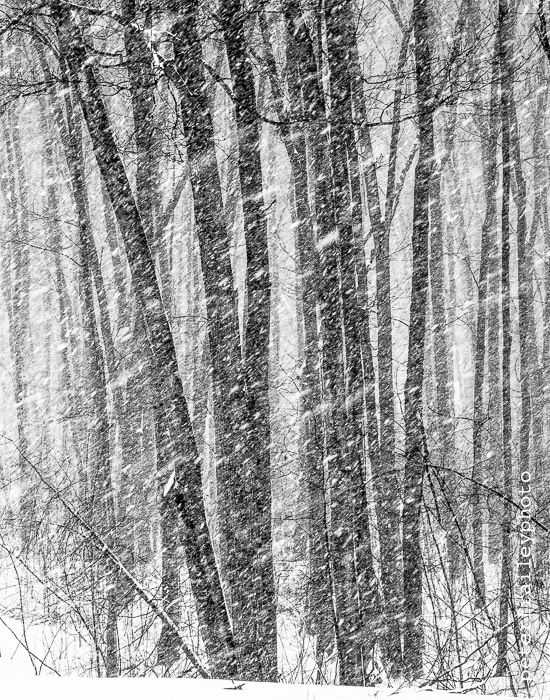 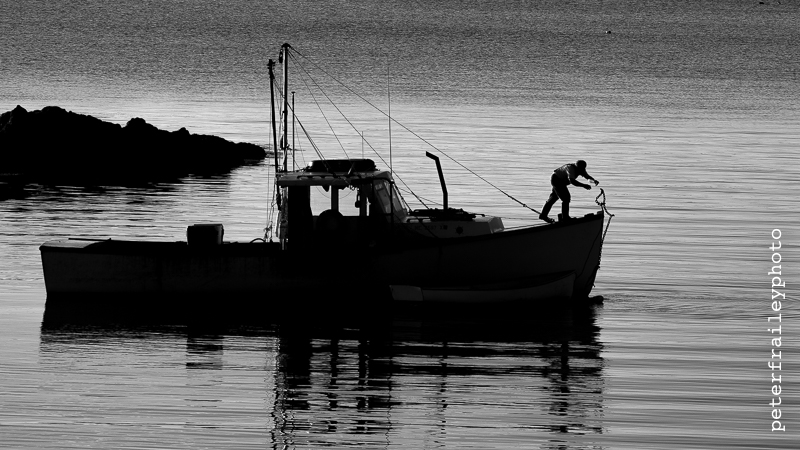