I have looked though my fall images and find I really didn't do a lot this year.  The first two were taken while fishing in mid-October.  The other four were taken along the road while traveling to and from work or to visit family or friends. 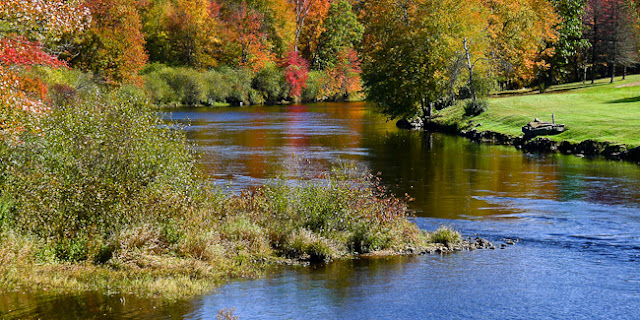 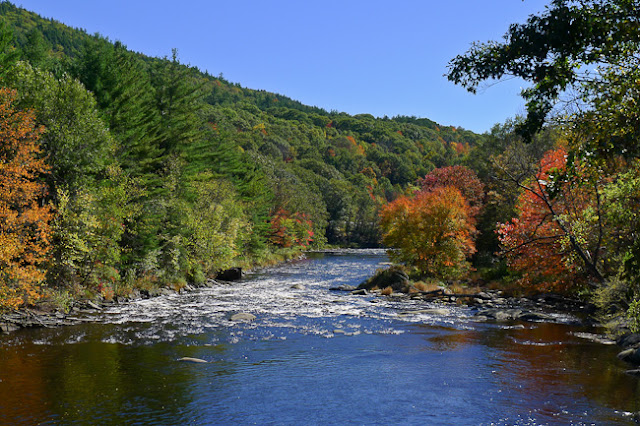 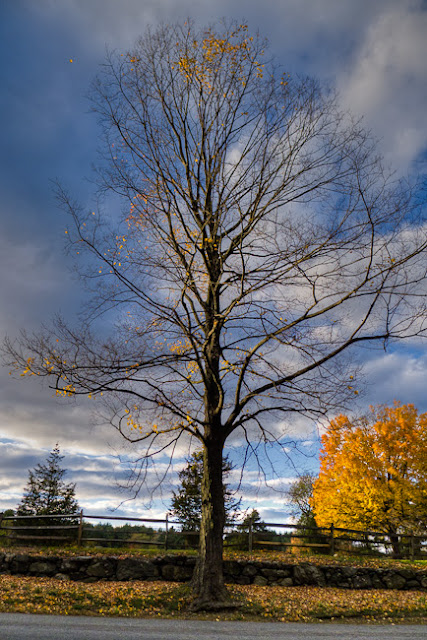 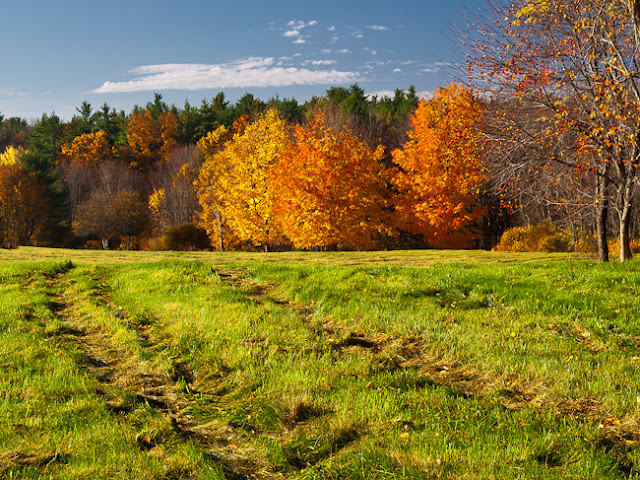 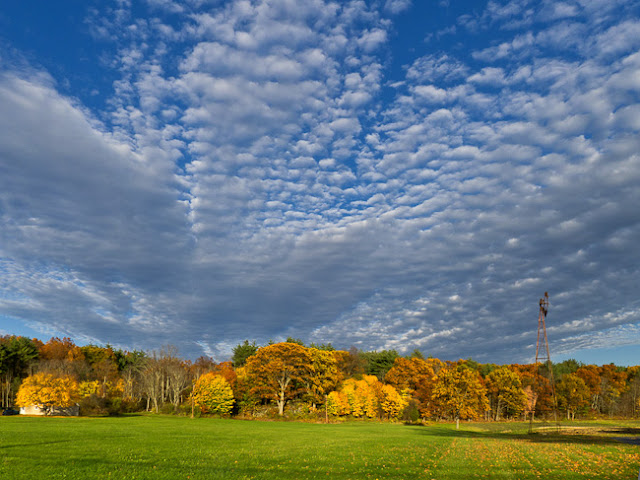 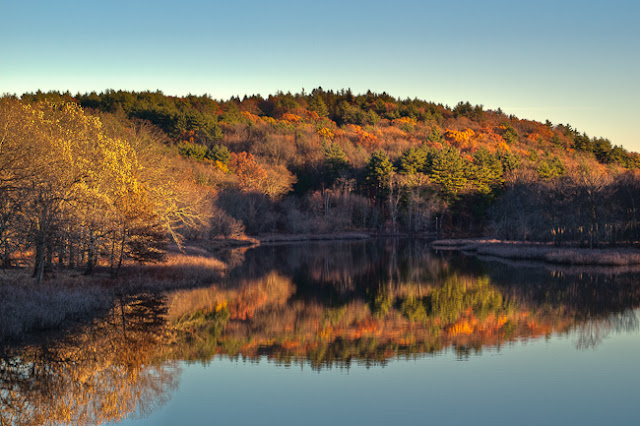 Email ThisBlogThis!Share to TwitterShare to FacebookShare to Pinterest
Labels: fall

My Bald Eagle and Adobe Lightroom 3.0

I wish I could say I traveled to an exotic location, hiked over difficult terrain and scaled a steep cliff to obtain this shot. But actually it was taken at the Roger Williams Zoo in Providence, Rhode Island. This was one of two eagles that I doubt could fly because they were in an open area with a low perimeter fence. In fact, being without a tripod, I rested my right elbow on the top of one of the fence posts while taking the picture.

Below are shots before and after processing the RAW file on my computer.  I use primarily Adobe Lightroom 3.0 for cataloging and processing my photos. As you can tell I was very close, as the original image is shown without cropping. I shot with a zoom set at a 550mm effective field of view (275mm on a 2x crop Olympus body is equivalent to 550mm field of view on a 35mm camera). I used the built-in flash which created a little catch light in the eagle's eye, which I like. (The catch light is perhaps only slightly visible on these small-size images.) 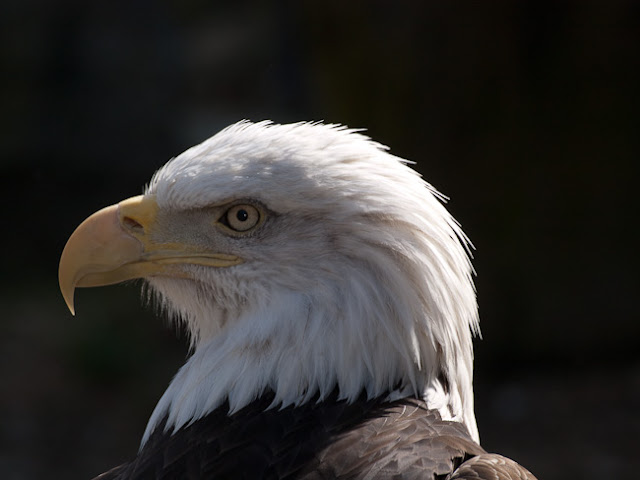 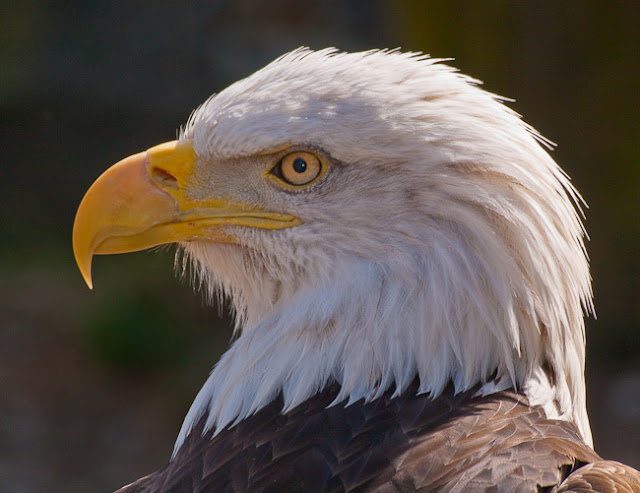 The first step in post processing for me is cropping. Then, in Lightroom I added 1/3 stop of exposure to brighten things up a bit, as I felt overall the shot was a bit underexposed. I then pushed the recovery slider to 30 because the feathers on the back of the head were slightly overexposed. The recovery slider helped to bring back some detail in these back-of-the-head feathers.

The fill-light slider was used to brighten up the face which was underexposed due the fact that the eagle was backlit. Had I been closer, the fill-in flash might have accomplished the same thing, and probably a bit better.

This image took more post-processing than I am used to doing. But I am very happy with the final result.
Posted by Peter F. at 17:32 No comments:

I recently went through my "out west" images from last year, taken during a September/October trip through Colorado and a piece of Utah.  These images were taken along the long dirt road between route 133 and the old mining/ski town of Crested Butte (Colorado Route 12).


It is thought that along this route is the largest grove of aspens in the world.  I recall hearing something like 30 miles in diameter. As I understand it aspens are all interconnected underground.
Here are three images of aspens, taken between 2:30 and 3:30 pm on September 29, 2009.  The one with the single fur tree growing within the aspen grove has a different color cast in it due to the fact that we were under the canope of the dense foliage. 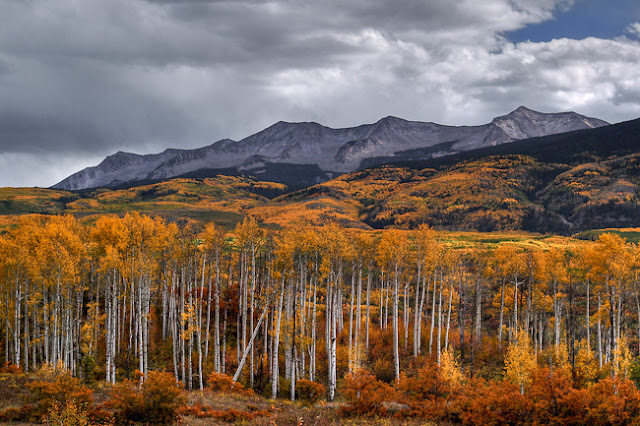 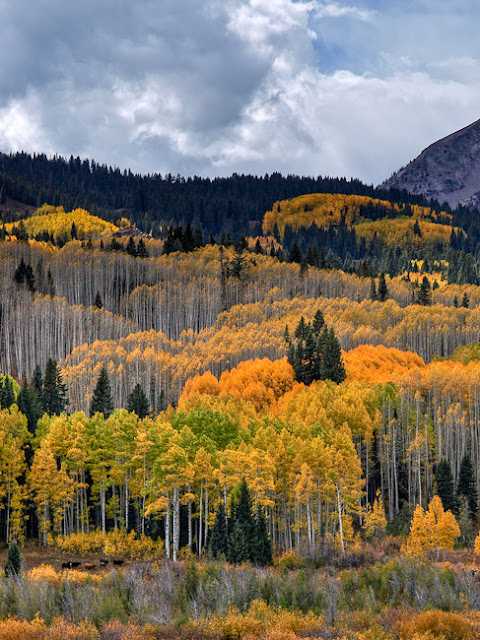 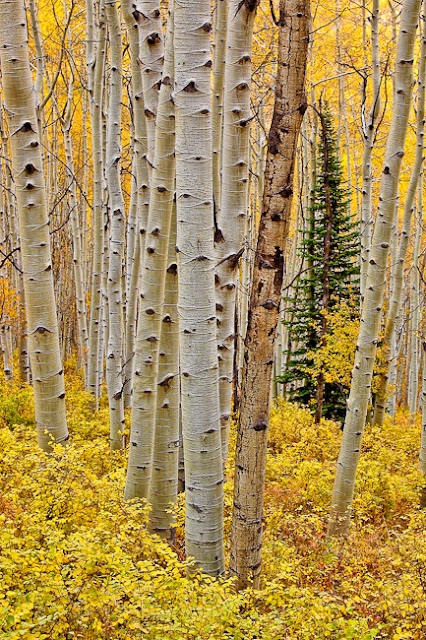