My Toddler Granddaughter taught me how to use my Camera

My wife and I were visiting grandchildren yesterday and, as always, I brought along a descent camera hoping to grab one or two cute candid photos. The youngest of our three granddaughters loves to look at photos and watch videos on the back of smart phones and tablets.  And of course, she has also been intrigued by what the LCD on the back of my camera can offer. 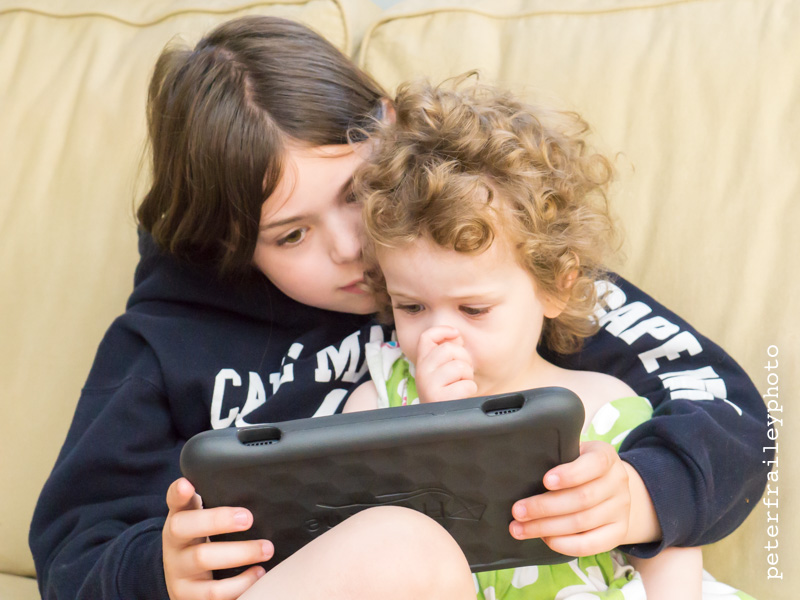 Yesterday’s visit reminded me of Christmas time, when after each click of the shutter she would toddle over to me, her thumb in her mouth, and bend her neck around without making a sound, to see what was on the screen.  She would take her sticky right forefinger and touch the LCD (you wouldn’t believe the fingerprints!), and began swiping through the pictures.  I just laughed. 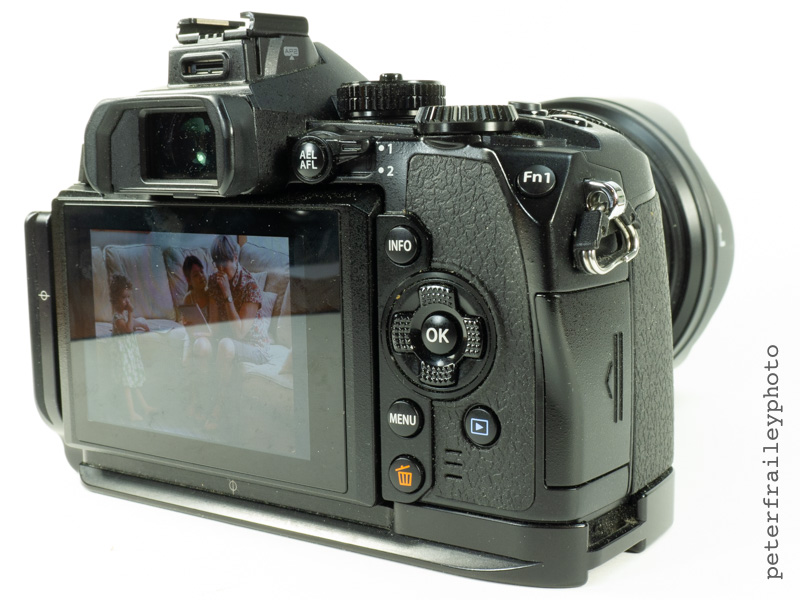 The funny thing is that I had never tried that on my camera.  And, to be honest, I didn’t even know I could do that!

So, there you have it.  I learned something about my camera from a one-year old.

[I shared this story with my friend, Hans, and he told me of a video he had seen of a two-year old trying to swipe the cover of a coffee-table book.  I am happy to say that all of our grandchildren have been well connected to books.]
Posted by Peter F. at 14:11 No comments:

I Tested a few of my m43 Zoom Lenses

A couple of weekends ago I had to come up with a “plan C” for Saturday morning.  Plan A was to go fly fishing, but with winds in the 10-15 mph range this would not have been wise.  The wind makes casting a fly quite difficult and you never know when the fly will end up in the back of your head.

I also had to nix Plan B.  That was to go to the local botanic garden and look for flowers to  photograph. As you would imagine, a windy day makes it quite difficult to photograph flowers outdoors.

I had to come up with Plan C. 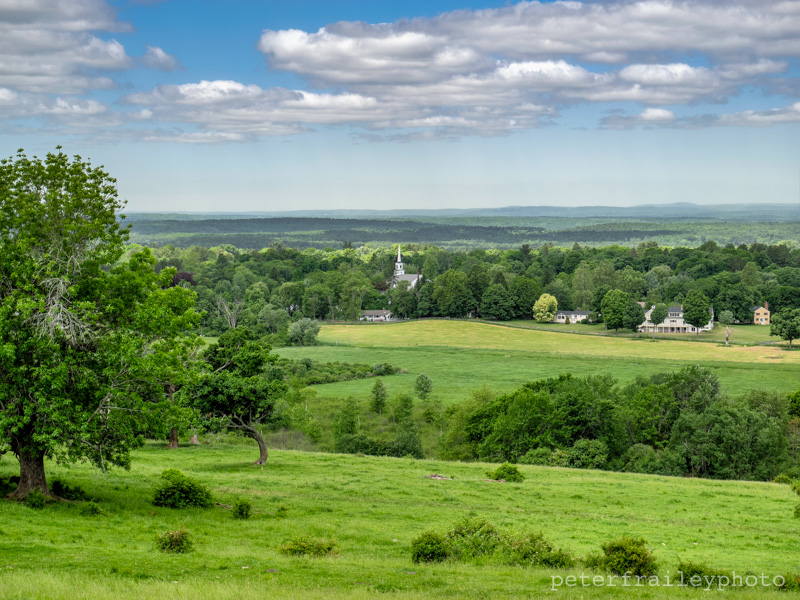 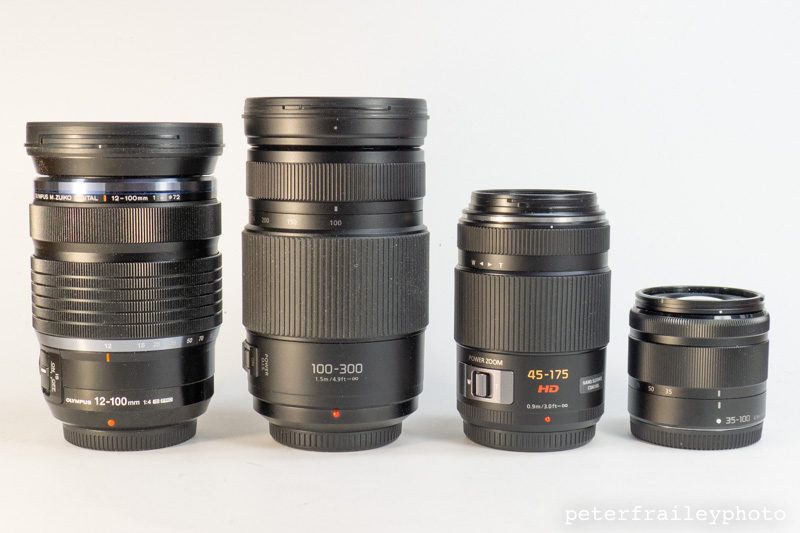 I used these focal lengths:


I used these apertures:

What I found out was not surprising.  It was just as you might expect.  The bigger and more expensive the lens, the better it performed (in this test, on a tripod, on an Olympus body)… except that the 12-100 is slightly shorter than the 100-300, though heavier and twice the price.

I don’t think I would notice the difference in the three Panasonic lenses over their common focal lengths, except that I examined them at 1:1 and side-by-side in Lightroom. Going forward, I feel equally comfortable with any of these three Panasonic zooms.  It would just be a matter of what my use for them would be.

The 12-100 is my default lens.  That is a given.  It is a superb lens and 90% of my images since purchasing it when it was introduced have been with this lens.

I would add the 100-300 to my bag if I were visiting Yellowstone again, as I used it for large animal images last summer.  I also used it along the Maine coast because I can zoom into operating lobster boats and schooners in Penobscot Bay.

Without the animals and the boats, the 45-175 is an adequate and smaller/lighter solution.  It is compact too, as the zoom is completely internal.

Finally, the 35-100 is very small and matches and balances nicely with my 12-32 and the diminutive Panasonic GM5 camera. That’s a nice package for hiking or bicycling, or any situation where photography is not your main mission but you want something better than a cell phone.

I should note that while on the tripod for this experiment, image stabilization was off.  It may be that my results would be different if I had hand-held the camera instead and used image stabilization.  Perhaps that will be an experiment for another day on top of Gibbet Hill.

Focus Stacking for May Flowers

I did a lot of focus bracketing and stacking last month.  Both my Olympus and Panasonic cameras have a focus bracketing feature that allows me to focus on the closest part of the flower with the first shot, followed automatically by sequentially further focused shots thereafter.  The beauty of this feature is that this is done with one press of the shutter and at a speed of approximately 10 frames per second.  I then combine the images on my computer using Zyrene Stacker. 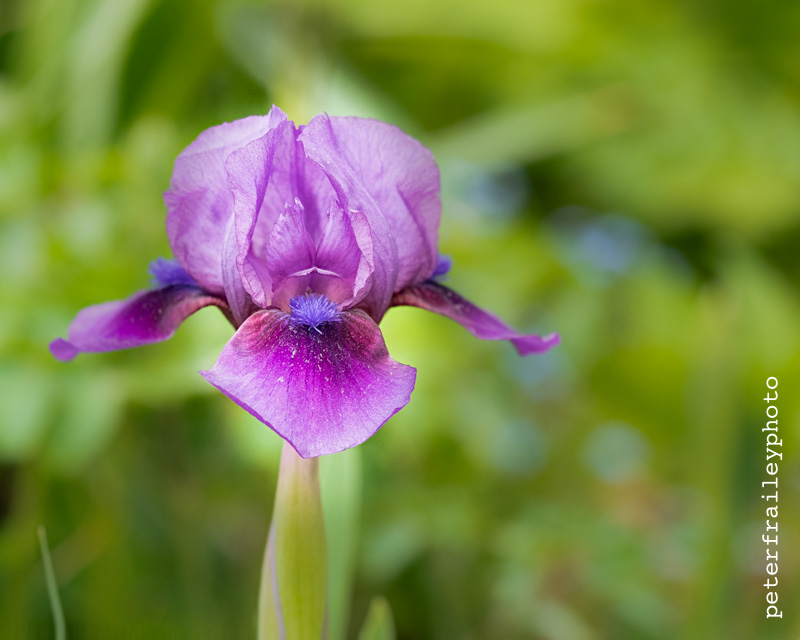 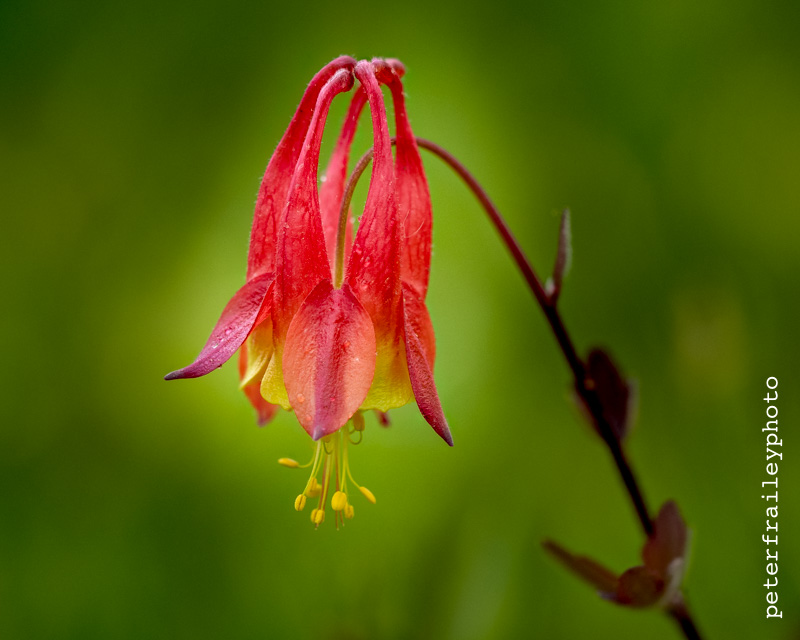 
Both cameras were set for 25 images (the maximum is 99) and both cameras allow you to dial in the distance you wish there to be between shots.  Some trial and error is required, because the distance options are 1 through 10, with 1 representing the shortest distance, but none of these numbers are defined.  As far as I can tell the distance varies depending on the subject distance. In all cases I used a distance of "2". 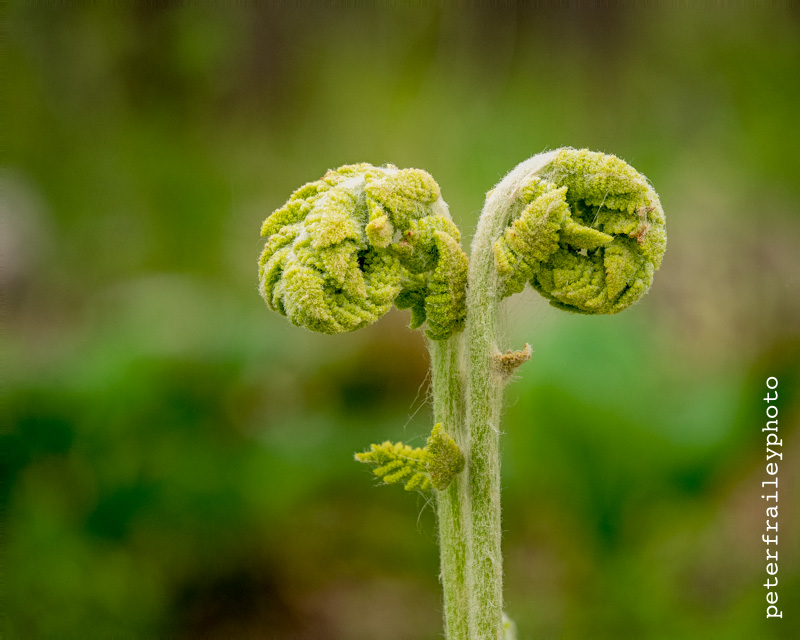 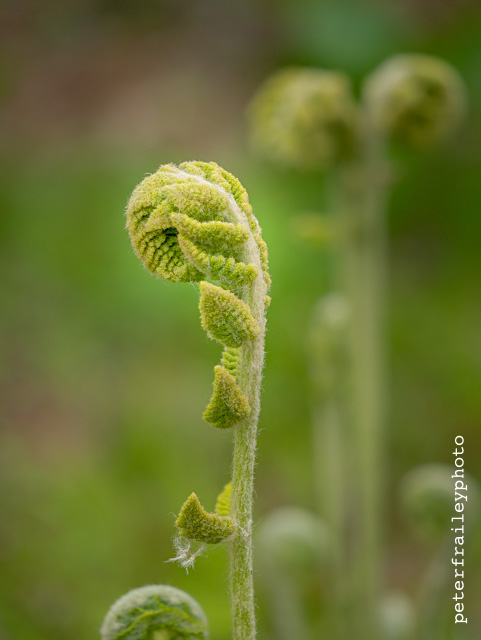 Only in the Pansy image at the very bottom here did I need 25 images to cover the flower from front to back.  In all other cases it was 4-18 images and on average I needed 11.  Twenty-five images was generally overkill, and the unnecessary ones were just deleted on my computer.  Perhaps the Pansy needed 25 shots because I shot at F2.8 (the others were at F4) and I was very very close. 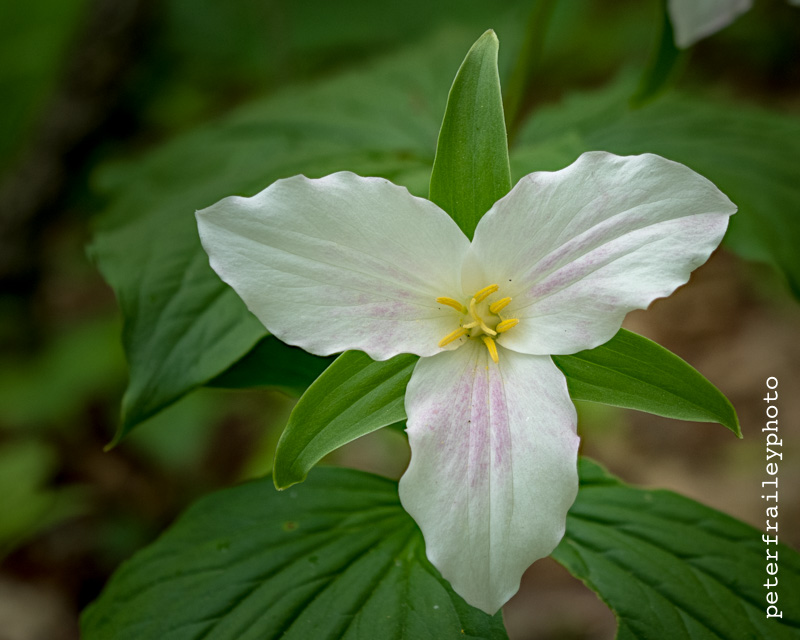 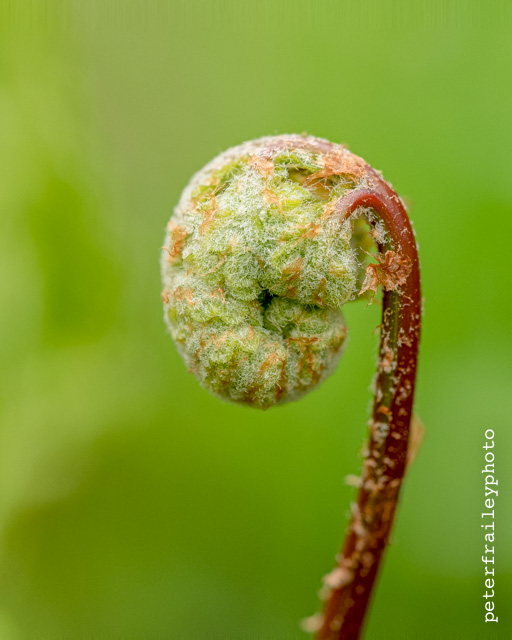 All but the last two were hand-held.  I was able to hold the camera (sort of) steady because I was either sitting cross-legged or was sitting on a folding stool I bring with me.  Either way, my elbows were firmly propped on my knees. But the "elbows on knees" technique is not as stable as a tripod. 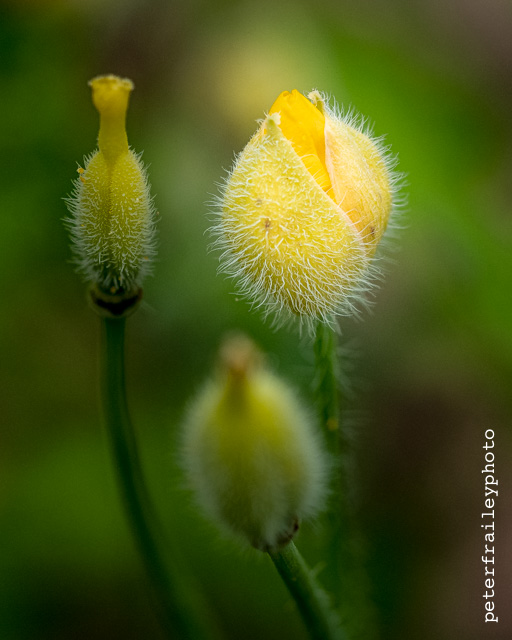 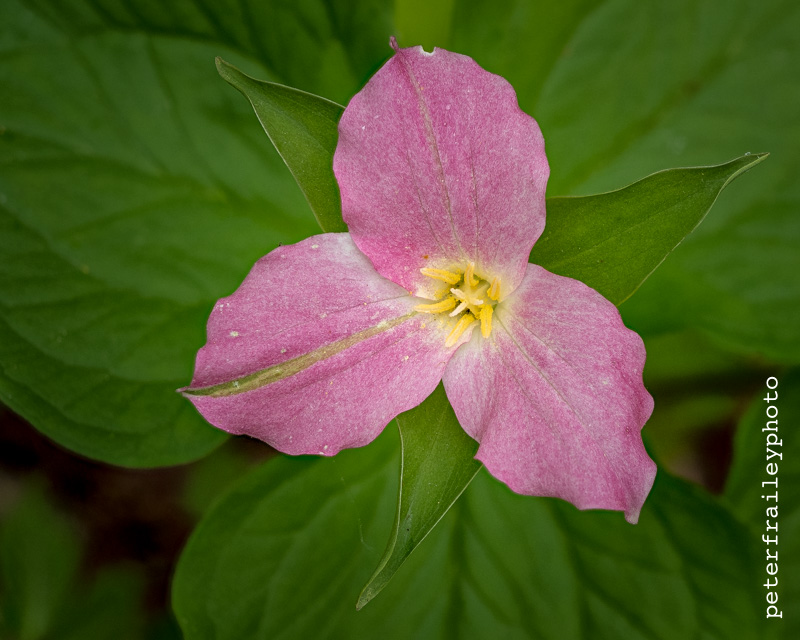 The final two images were taken on a tripod.  I think I will use the tripod more, going forward.  I find the tripod reduces the apparent movement of the flower between shots.  It is not a matter of images being sharper, as the shutter speed is sufficiently high to get 25 sharp shots even hand held. But the more movement there is of the flower (and/or camera!) during the 25 shots, the more difficult is it for the software (Zyrene Stacker) to align the images. Hand held images show more movement (change of position?) of the flower within the frame, from shot to shot (though the images are sharp), because the camera moves between frames, while images taken on the tripod show less movement of the flower from shot to shot. Obviously I am unable to hand hold without moving during the three seconds or so it takes to take 25 images. The side to side movement is obvious when viewing the location of the flower in the images, and I am guessing that there is some (but less observable) movement back and forth. 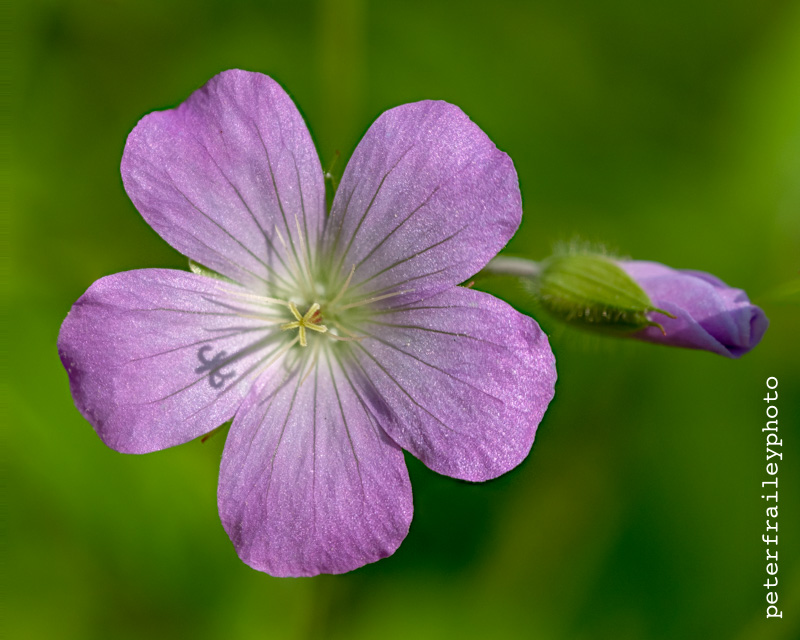 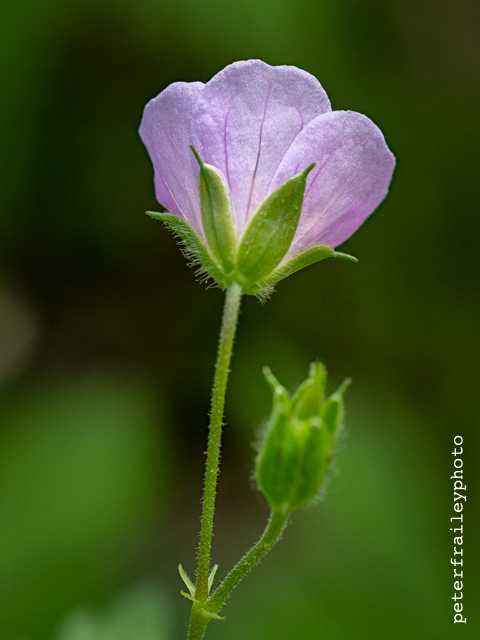 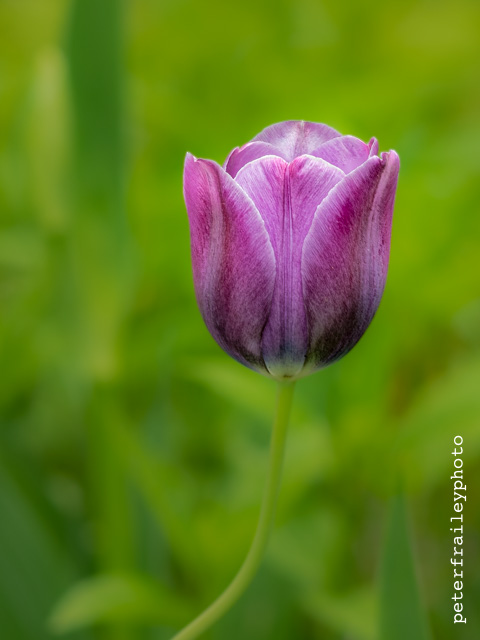 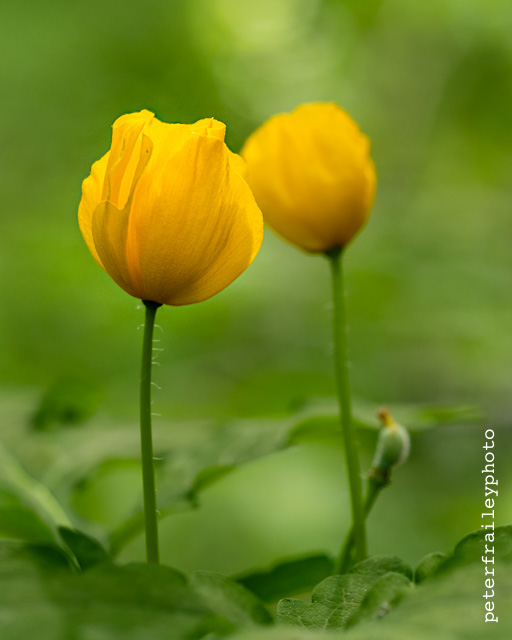 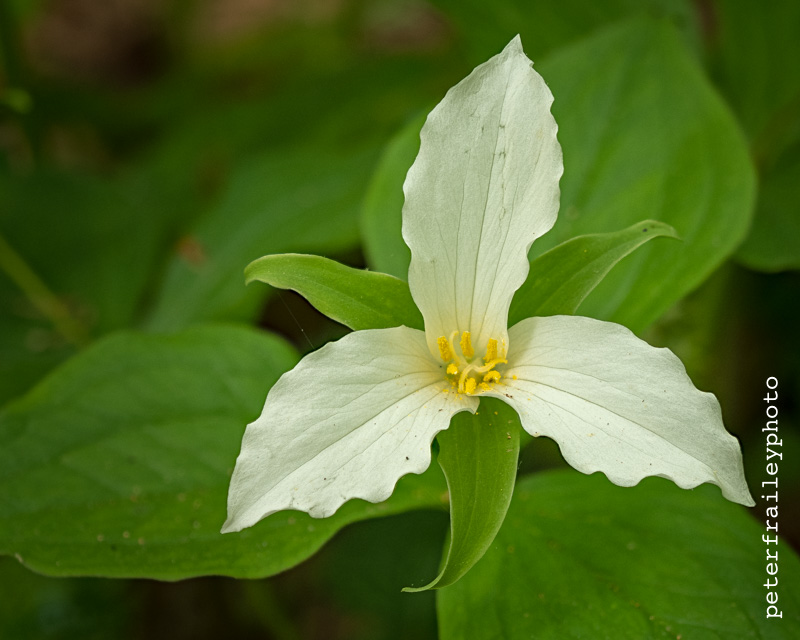 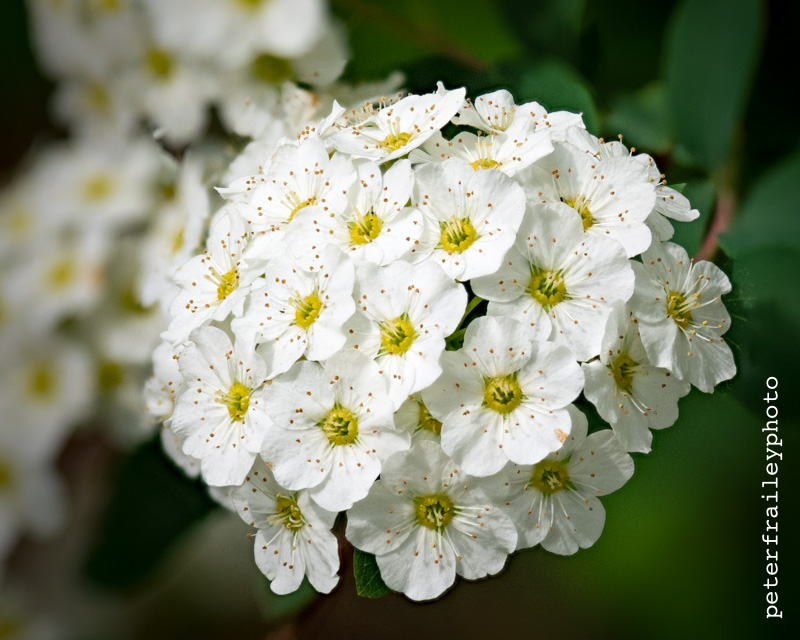 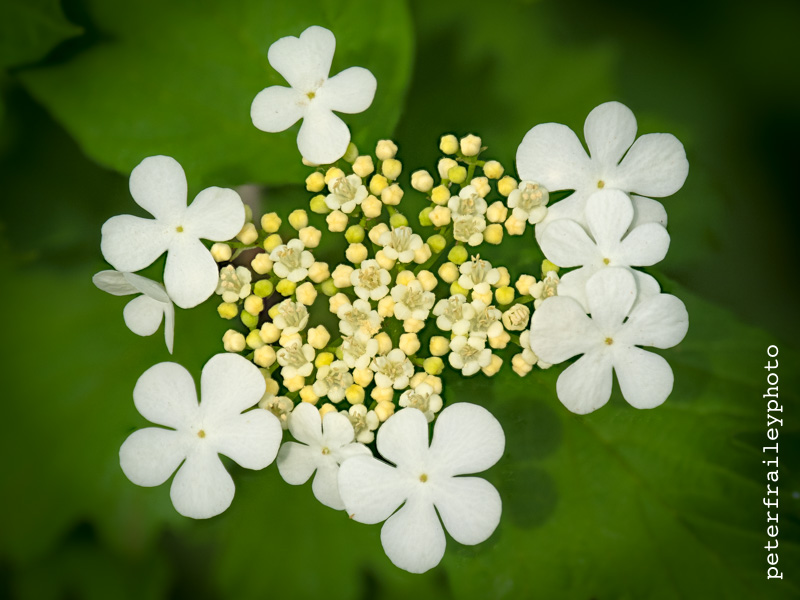 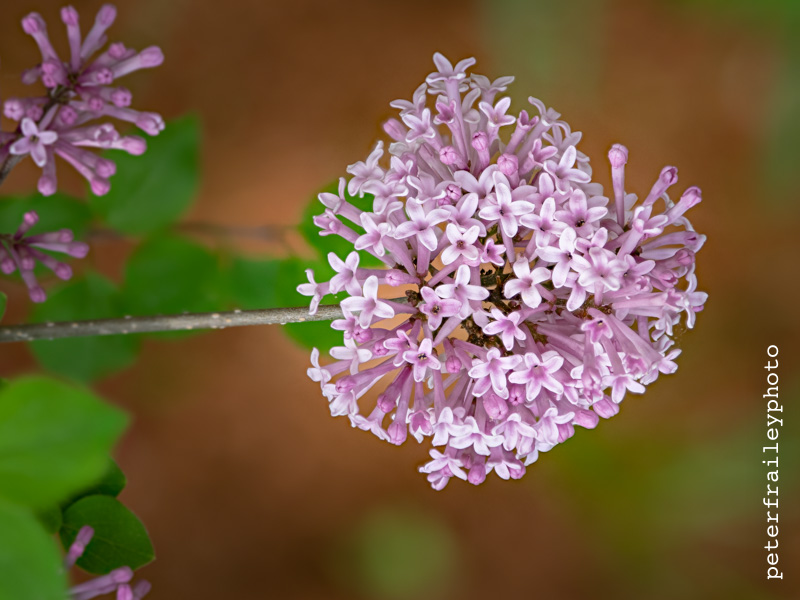 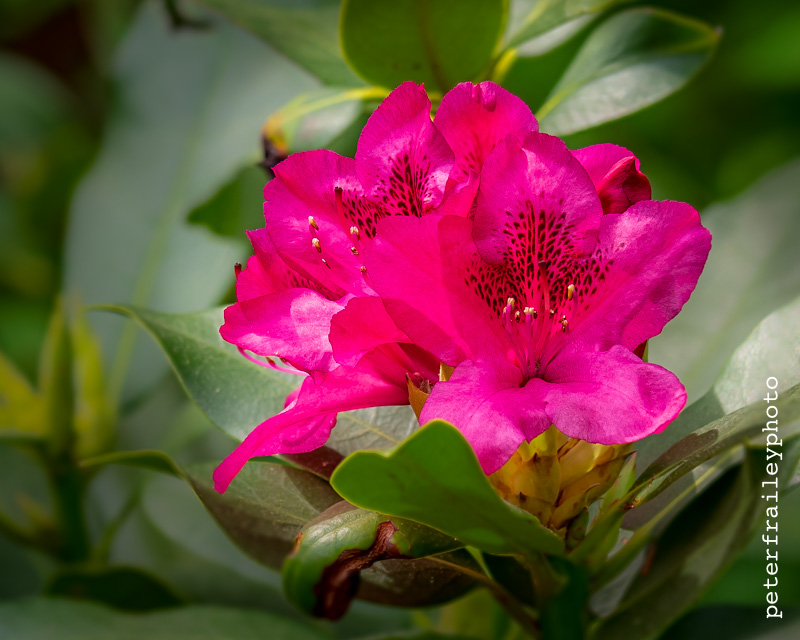 Rhodedendron (first bloom of the season) 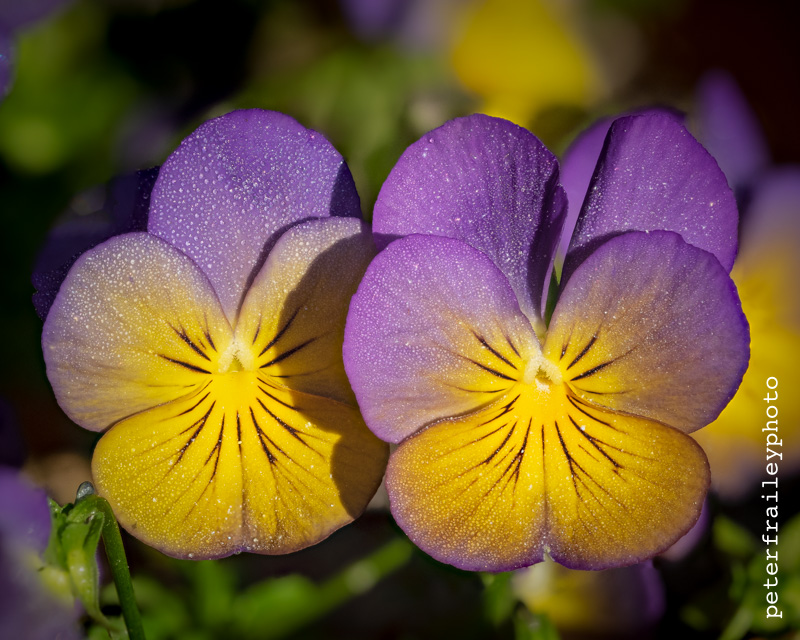 An Additional Blog for my Wife and Me: Essentially Cooking

I've been working on Essentially Cooking for a while.  One of the fun things about a new blog is doing a "build out", choosing the format, colors, etc. I'd like to get better at food photography, but right now the images are being taken "on the fly" as Laurie works in the kitchen getting dinner ready. She's a great cook and is always experimenting. 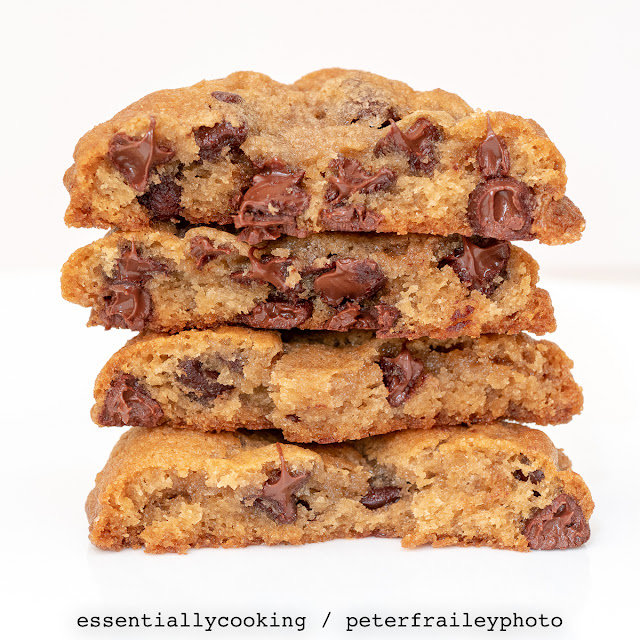