Look for the Light and Stop the Car

Driving home earlier this month after a rain storm, the light became beautiful as the sun dipped down out of the clouds and rested on the horizon.  These photos were taken about 3:50p on December 3rd, and sunset was at 4:13p.  This put me nicely in the “golden hour”.  The light of the setting sun with the contrast against the dark clouds was spectacular.

These two images are far from portfolio images.  But because they were well received on my social media pages, it got me thinking. There are plenty of people who see nice photos and think they themselves could not capture them without a “good” camera.  In this case it was not about the camera, it was about seeing and being willing to stop and get out of the car! [Though I had a marginally decent camera with me, I would have stopped even if I only had my iPhone 5S.]

In this instance it occurred to me that many people simply don’t see/notice things like this as they drive along focusing on the destination. (And ignoring the journey?)  I’m not saying one should drive unsafely with their eyes wandering all over the road.  I do think it helps if you have trained yourself to “be in the moment”.

I am sure that among the hundred or so people who drove by me while I was walking around catching these images, most never even saw what I saw.  And definitely, among those who did see this, I was the only one who stopped to saver the moment. 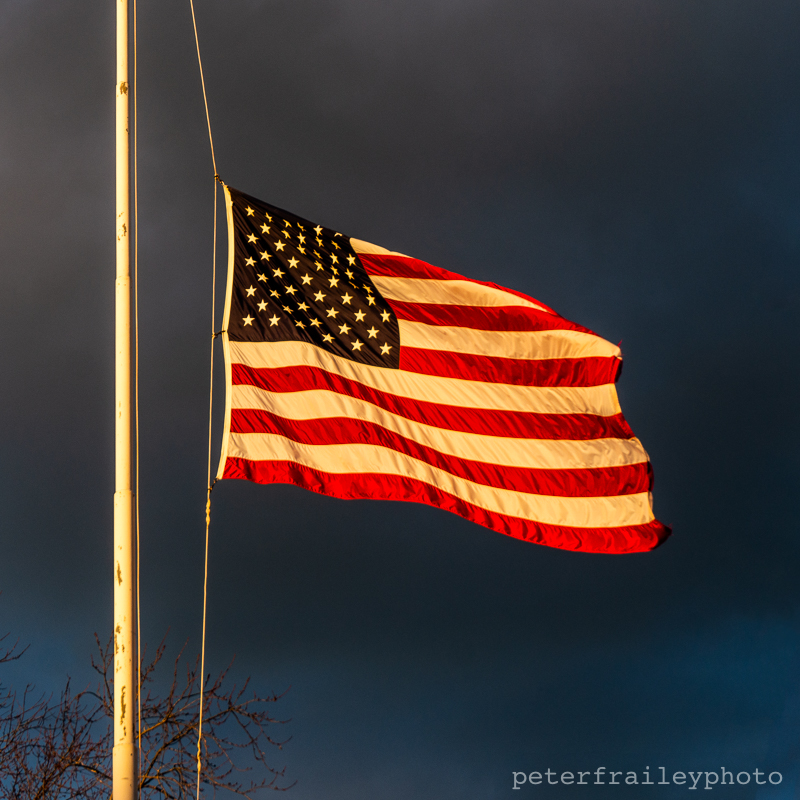 75mm equivalent lens on a Sony Nex-5r.
A cell phone would have worked, though you'd
have to get closer... and aim upward, changing the perspective,
which is neither good nor bad, just different. 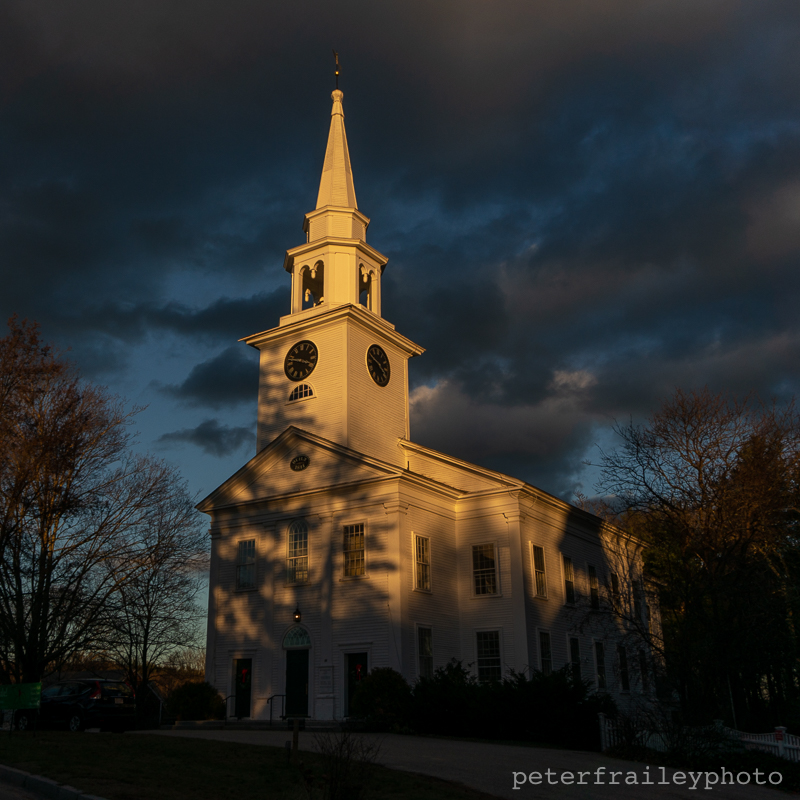 Shot at 28mm-equivalent, a cell phone would have worked fine.

Personally, I found meaning in these images.  Interestingly they were across the side street from each other.  Separation of church and state?

Also, let me note, should you be reading this at a much later date, the flag at half mast was in honor of President #41, the late George H. W. Bush.  This is a conflicted and difficult time in our country with much disagreement, nasty talk, and tension.  But I believe our nation will persevere and flourish and heal.  With this in my mind I saw great symbolism in the gold light shining on our flag, juxtaposed against the turbulent sky. That’s just me… your mileage may vary.
Posted by Peter F. at 04:00 No comments:

Inside at the botanic garden in November

Below is a set of images from the Tower Hill Botanic Garden, from a visit in November.  All were shot with an Olympus E-M1 and either the Olympus 12-100mm F4 zoom or the Olympus 60mm F2.8 macro lens.  All were shot at F4 and at a range of ISOs, depending on the amount and direction of light.

All were focus-bracketed with between 10 and 18 images and the camera was hand-held in all cases.  Processing was in Lightroom, and aligning the images and stacking was completed in Photoshop. 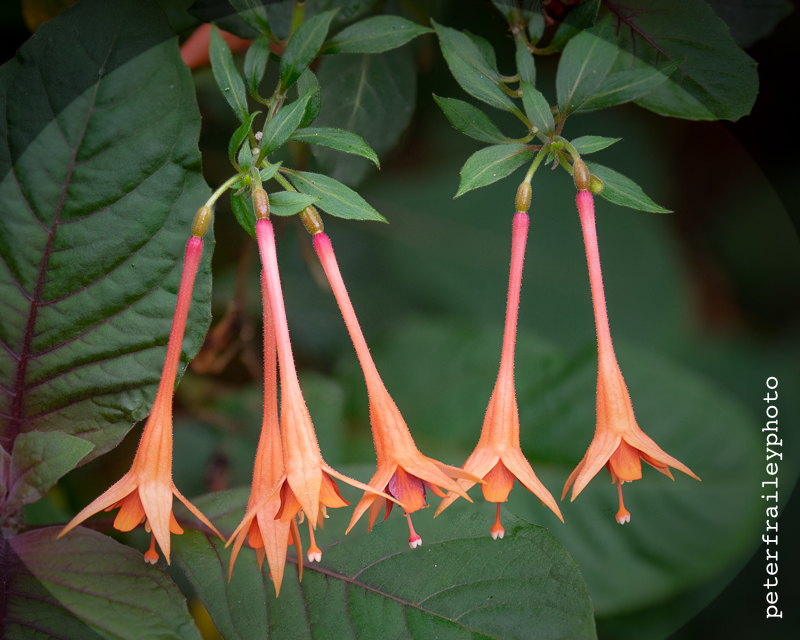 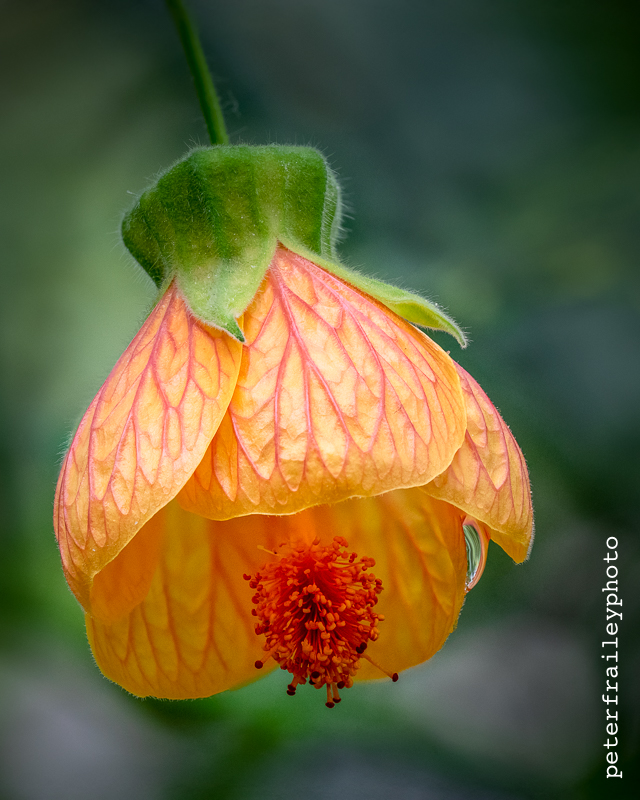 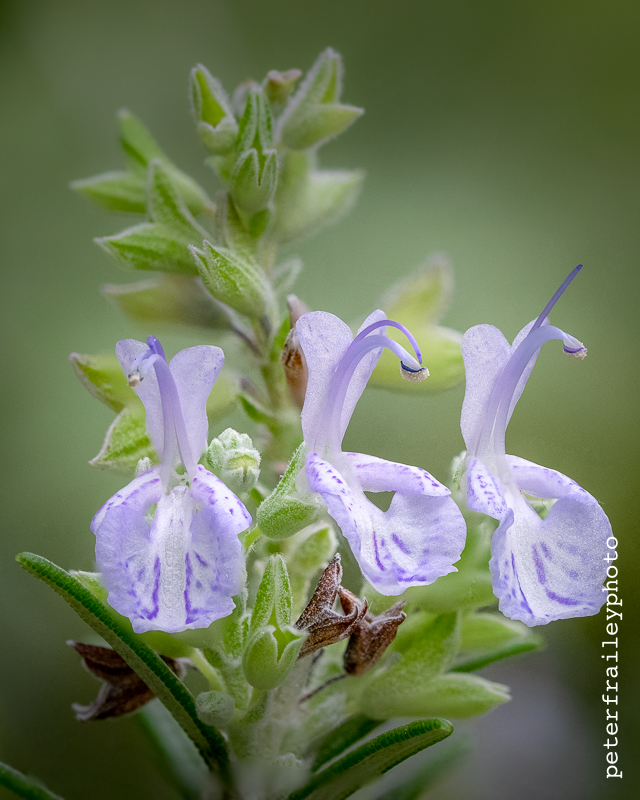 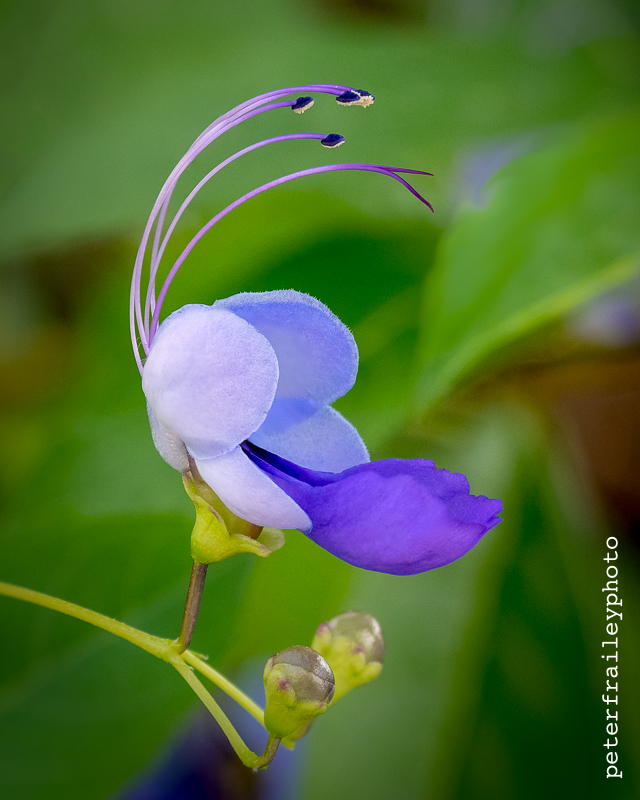 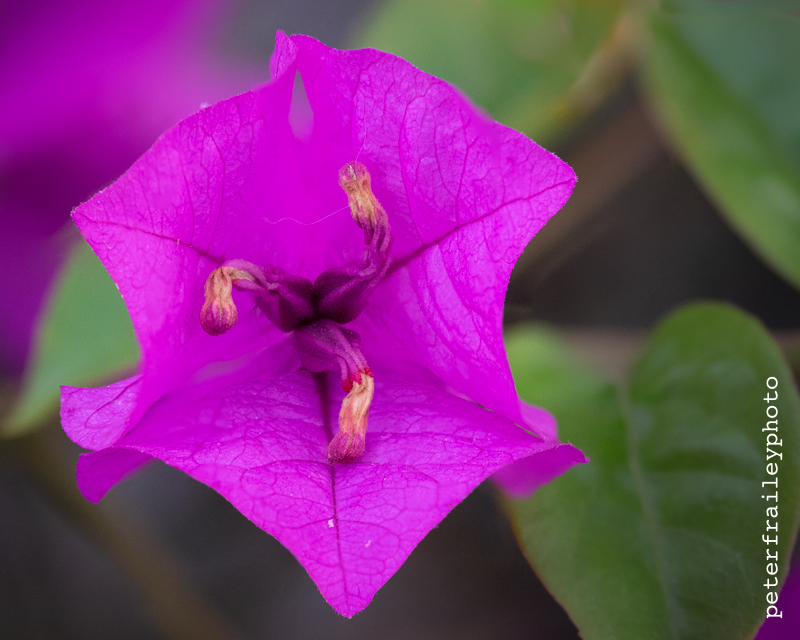 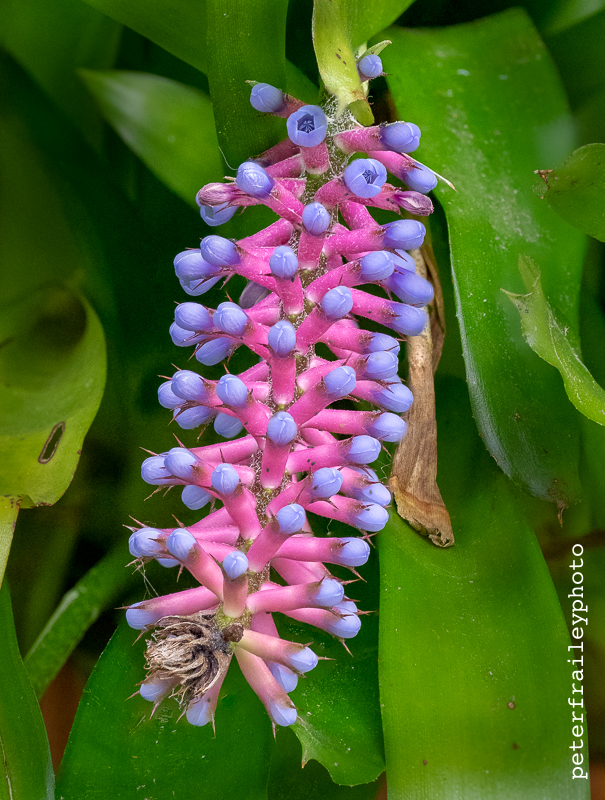 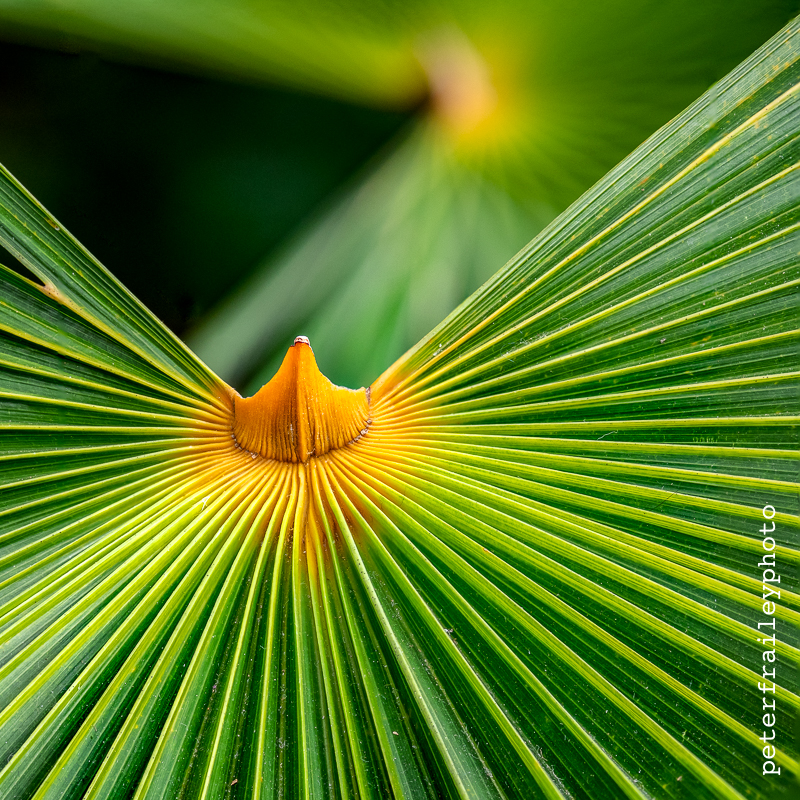 I took this photo at Joshua’s Restaurant & Tavern in Brunswick, Maine just to document for my wife and me that we’d had some good pizza there during a little two-day December vacation-between-holidays.

[I also made note of my new favorite beer, Chaga Stout, brewed by Lone Pine Brewing Company in Portland, Maine. Maine has become quite the place for craft brewing.]

In no way does this image have any value to me, other than documenting our evening out.  But what amazed me is how nice it looks, even though the iso was 25,600! Your mileage may vary, of course. And I have to admit that perhaps the texture of the main subject, the pizza, may be hiding some of the noise, and I did move the noise reduction slider in Lightroom Classic CC to a very conservative 25. 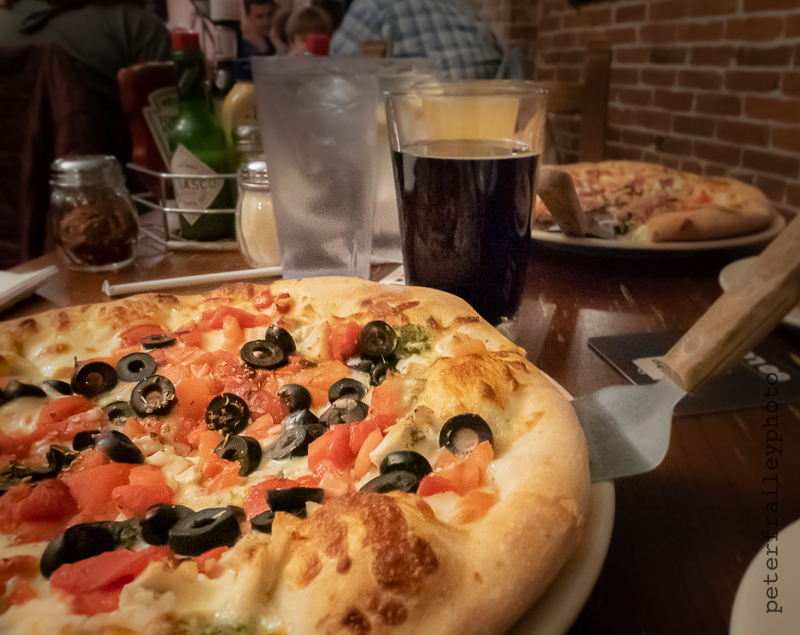 I had in the pocket of my down jacket (it is cold in Maine in December!) the little Panasonic GM5 with the 12-32 kit lens. This shot is at the 12mm focal length. Aperture priority was set at F8 (though I don’t know why I didn’t shoot wide open at F3.5 so as to get another 2+ stops of light!)  Shutter speed chosen by the camera was 1/15 which I believe is the slowest speed when using aperture priority. Auto ISO chose 25,600.

I think this looks pretty good for such a high ISO. Let me point out that this camera model is now four years old. I'd expect the newer m4/3 to perform better.  But then, this is all I had with me other than a cell phone.

Ten years ago when I started with 4/3 gear (Olympus E-500), which used the same sized sensor as m4/3 bodies, I would never have imagined getting a shot at iso 25,600.  I can’t remember, but the highest setting back then might have been only 3,200, and even at that the colors and noise blotches were terrible.

Every summer or fall while driving along coastal Maine we spend a day or two on Mount Desert Island (which includes Acadia National Park).  The western side of the island (west of Somes Sound) is called the "quiet side", as it is away from the busy Bar Harbor side of the island. It's also away from the main attractions of the national park. Here on the quiet side is the town of Bernard.

Bernard is a fishing village on Bass Harbor. It is quite picturesque.  So is the Bass Harbor Lighthouse, which is on most landscape and seascape photographers' bucket list.

I wrote about Bernard in November of 2017 here.

I wrote about Bernard in March of 2017 here.

These photos were all taken near Thurston's Wharf and Thurston's Lobster Pound, where as the saying goes, every one is "Thurston for Lobsters". 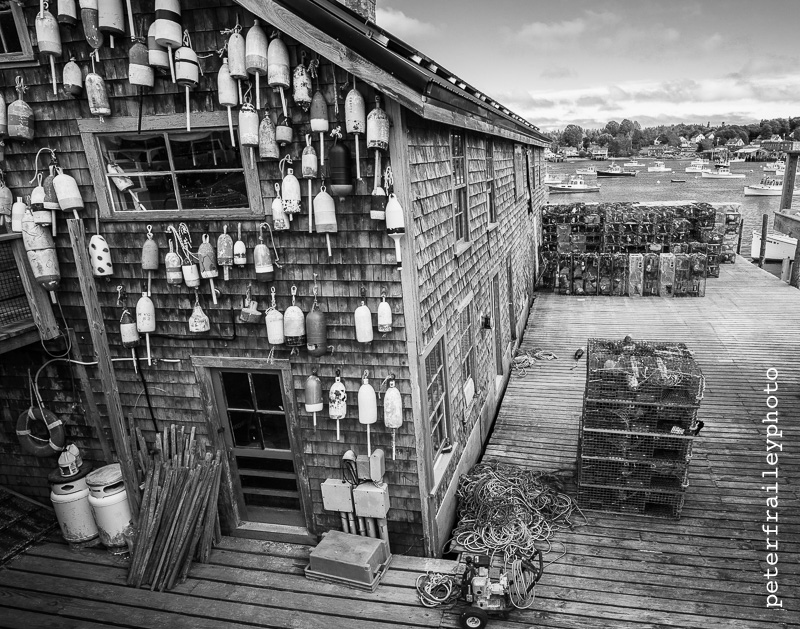 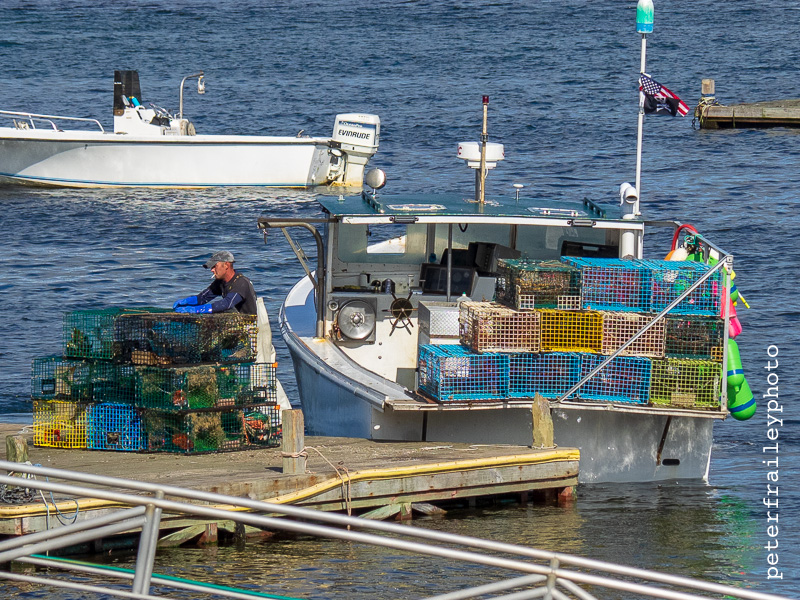 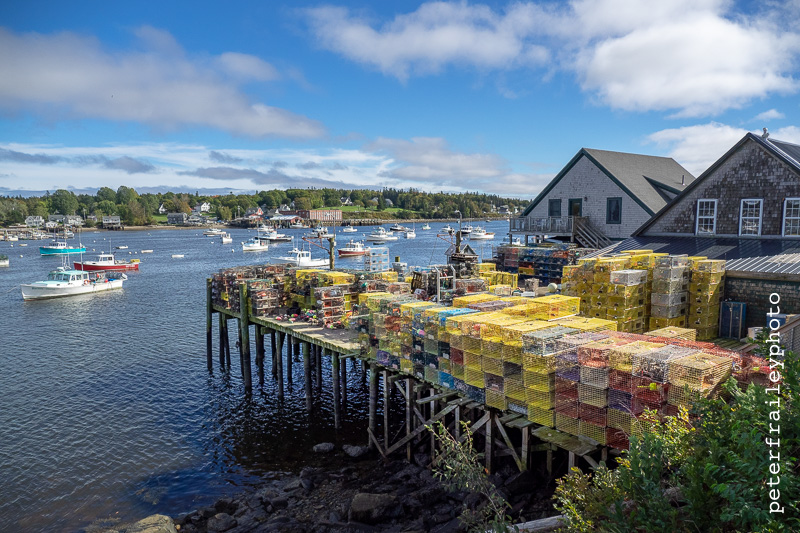 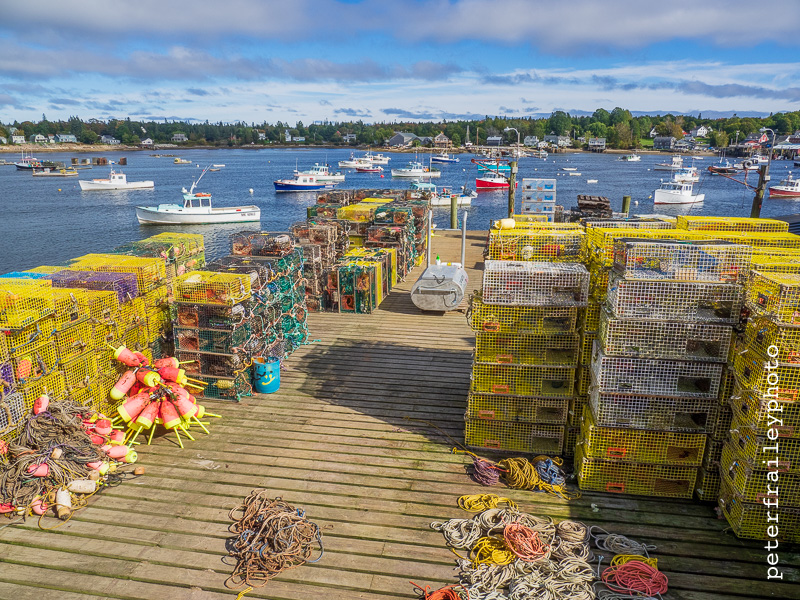 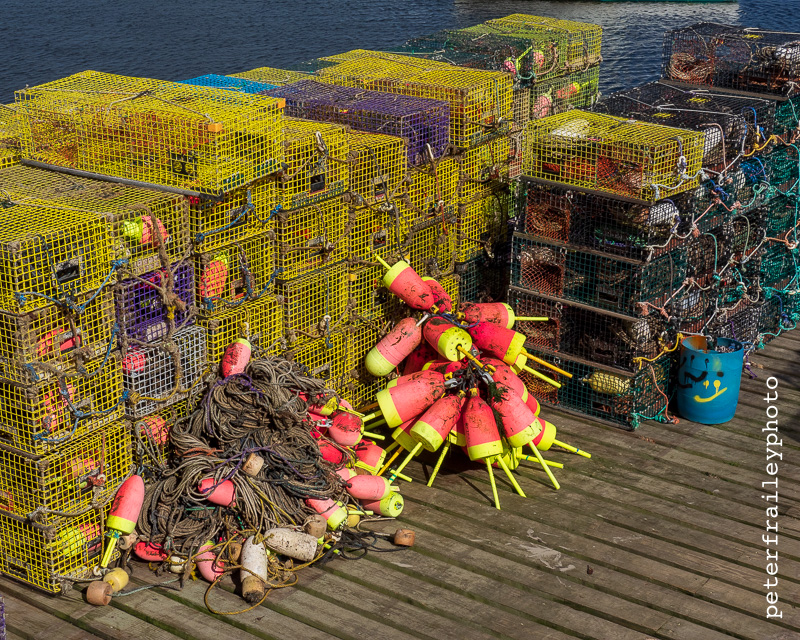 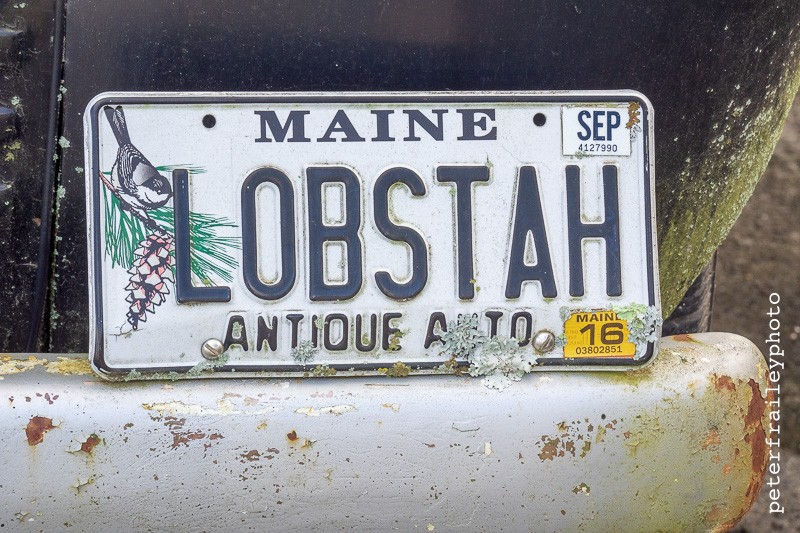 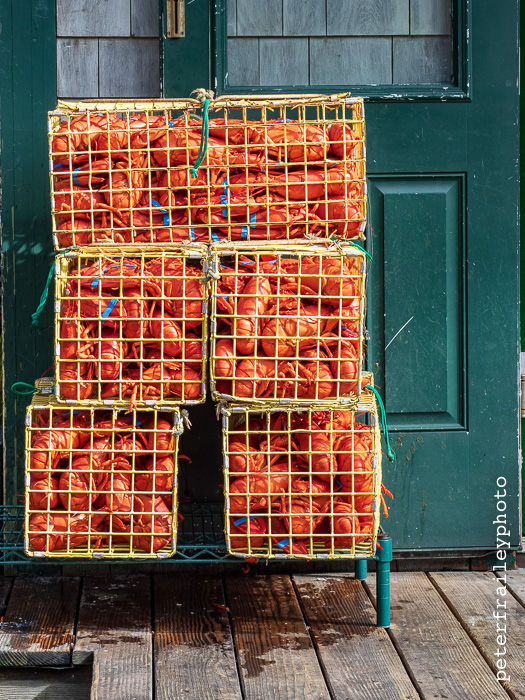 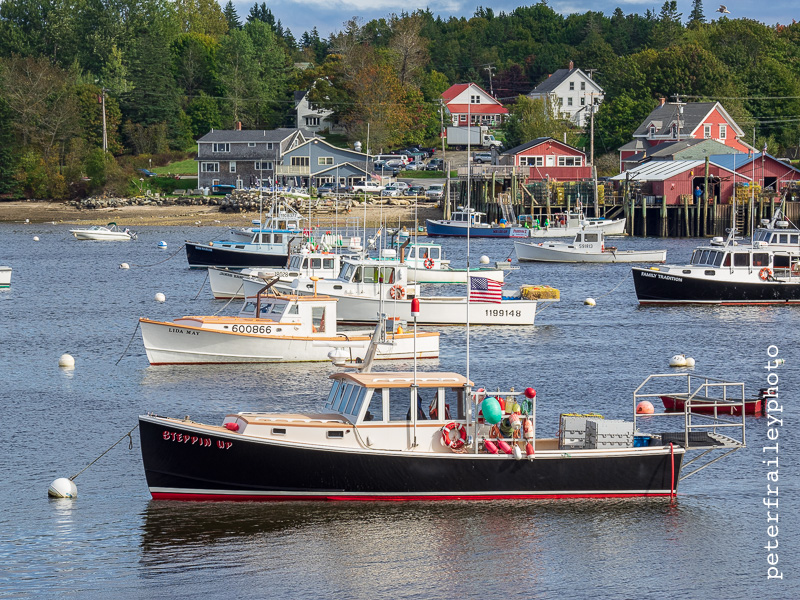 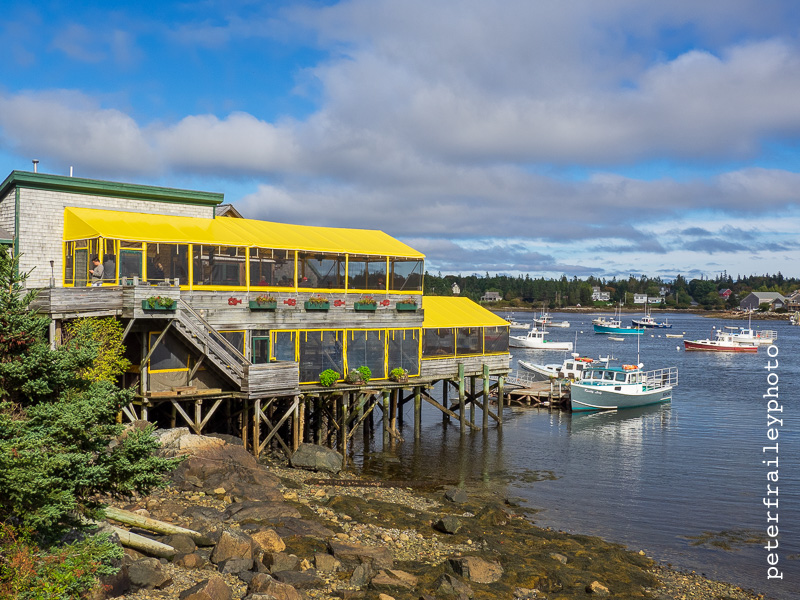