While going through this years crop of photos from Maine, I came across these two of basically the same scene.  The first was taken in harsh mid-day sun (2:30 in early July), while the second was taken toward the end of the day (4:30 in October).  The light was much lower in the sky for the second image, and there was cloud cover to diffuse the light.

The first shot has more of a blue color cast to it, while the second has more amber.  The harshness of the light in the first shot is made obvious by the dark shadows on the ramp and the very bright, perhaps even overexposed, areas such as the ramp itself.

One advantage of the second image is that it is much easier for the camera's sensor to capture the different tones when the light is softer and more diffused. There are lots of mid-tones with not too much in the way of very dark or very light areas.  Conversely, in harsh light it is very easy to have areas of both overexposure and underexposure. 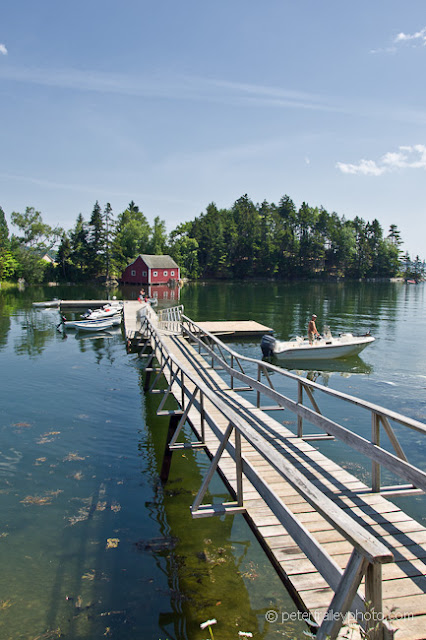 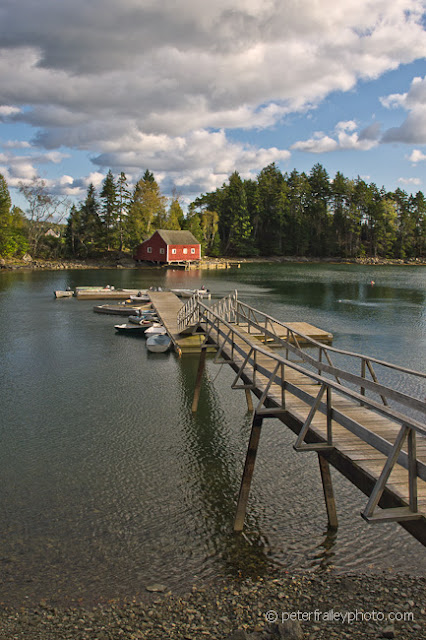 These are my five November entries in my photo club's monthly "salon".  The first two were submitted as prints.  The black and white was taken on top of Cadillac Mountain in Acadia National Park in Maine.  A dramatic sky like this was a hint that it might make a reasonable black and white print.  The butterfly was photographed in a local butterfly house.

The final three images were digital submissions.  The Ladyslipper was in the "nature" category. In the spring I had found a patch of these in pine woods on town conservation land.  This was a real find, and I went back several times to get some good light.  The other two images were entered in the "open" category.