Behind the Scene: Back-lit Tulips and Crocuses

During the last weekend of March I made my first 2013 spring visit to Tower Hill Botanic Gardens.  This is where I get most of my flower photos.


﻿﻿They have beautiful indoor displays of container planted flowers during the cold months.  Some of the containers are two feet in diameter and contain plants that are 10 to 15 feet high.  Outside, the gardens are vast but there were just a few crocuses popping through while I was there.
﻿﻿﻿﻿


﻿﻿﻿﻿
﻿
So, this was an in between time of year. Outside, the snow was barely gone and there really was not much to photograph.  In addition the sun was bright and the sky cloudless, resulting in very harsh and unattractive lighting.

Inside, I was attracted to a few tulips in containers.  But because the light was very bright and harsh, I just didn't get the shots I wanted; there were too many dark shadows.

But tulips do well as back-lit subjects.  Too, because the colors are often soft, I think they look good in pictures when areas are purposely left out-of-focus.

The lens I used was the kit 40-150mm lens.  The first image was shot at 123mm and the other two at 150mm.  At 150mm this lens focuses at about 3 feet and will zoom out to capture a 4"- 5"object.  I usually shoot my flowers at F8 and at this lens setting I find the lens to be very sharp.  The price was good, too.  I paid $100 brand new during a one-day "gold box" sale at Amazon.  It's has a plastic lens barrell and plastic lens mount, so is obviously a consumer level lens.  But I find the sharpness to be outstanding and the lens weighs only 5 ounces.

These were my favorites from my March visit to Tower Hill: 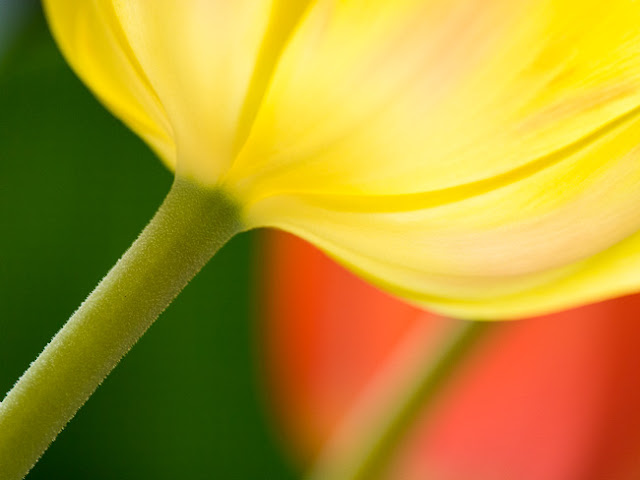 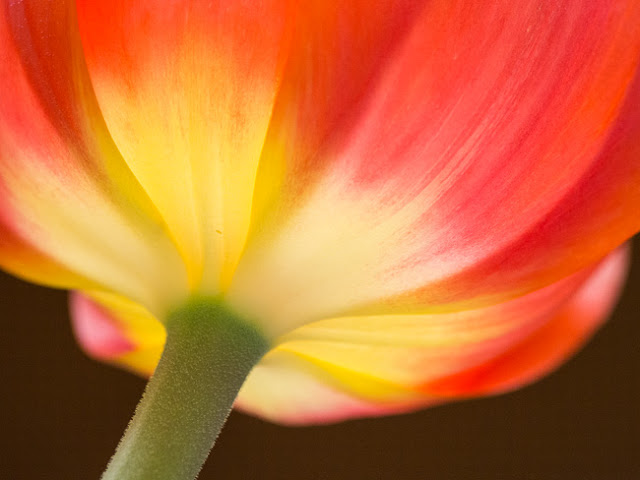