One of the first things I noticed as I walked around my house and yard taking pictures the other day with this lens on a Sony NEX-6, is that it is really difficult to selectively focus.

The problem ( well, more of a reason than a problem) is the h-u-g-e depth of field of this ultra wide angle lens. It seems to me that everything is in focus.  Selective focusing with narrow apertures, like F8 or F11, is especially problematic.  The resolutions of the EVF and LCD are not sufficient for manual focusing without using the focus peaking feature, in my opinion.  This is partly due to the characteristics of wide angle lenses, which have everything appearing farther away (and therefore smaller).  Sometimes I use both focus peaking and magnification.

I have found that the best way to successfully focus selectively (i.e. focus on a single spot) is to use F2, where depth of field is least, and then turn the aperture dial to your desired F-stop prior to pressing the shutter.


This huge depth of field comes with the territory.  Just look at the chart below from DOFMaster.com. As an example, at F8 the hyperfocal distance is 3 feet!  This means that if you focus at 3 feet, everything from 1.5 feet (half of the 3 foot focusing distance) to infinity will be in [reasonable] focus.

[Go to the DOFMaster Website and print out some tables for your lenses and cameras. There's a cool calculator, too. I have it on my computer.  Also, I have the app for my iPhone.  The Web site has a direct link to the iTunes App store.  The Web site indicates that soon there will be an app for Androids, too.]


A lightbulb went off

At some point the other day I asked myself,  "if everything is in focus, why bother trying to focus?"  Look at the table above. See what happens if I simply set the manual focus at 12 feet.  The shallowest DOF is at F2 (this lens doesn't have F1.4 so you can skip that column in the table), where everything is in focus from 6 feet to infinity. DOF increases as I stop down the lens, arriving at 2 feet to infinity at F11.  I didn't go any further than that, but this lens has settings up to F22.

So... no matter what F stop you pick, if you set the focus ring at 12 feet, everything will be in focus from, at a minimum, 6 feet to infinity. 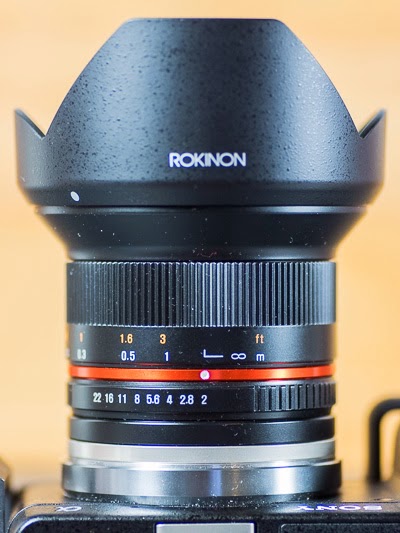 Like many others, I am sure, the first experience I have with a new lens is likely to be sitting on a couch in the living room with the lens box right at my side.  This time of year I might be watching the Boston Red Sox on TV, but no matter, I start my understanding of any new lens by panning around the room aiming at various objects and firing off a few stills.  I am sure I am not the only one who takes a few shots of his/her feet. They are great for testing focusing speed,  DOF and background blur.

The next experience is usually over a weekend, if the weather is good.  I might grab the camera and new lens for  walk around the yard or walk over to our town's high school to shoot at some brick walls.

In the last few days I have done all of the above. 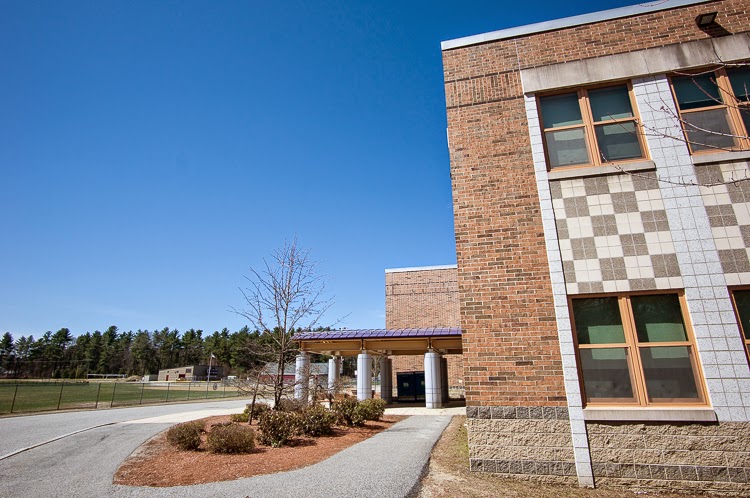 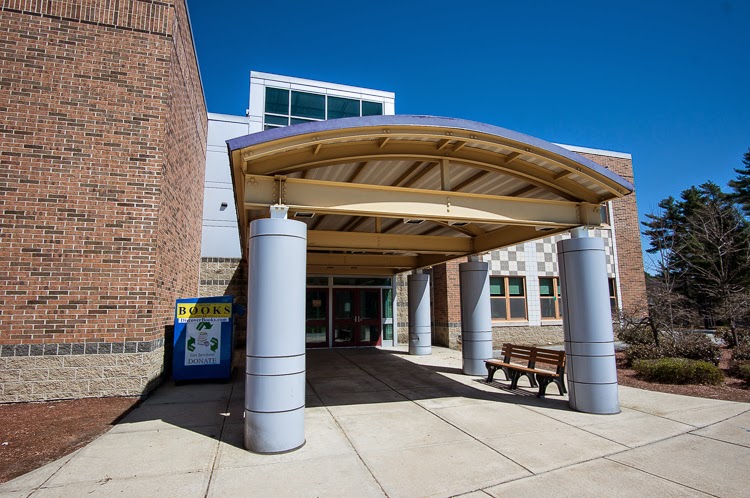 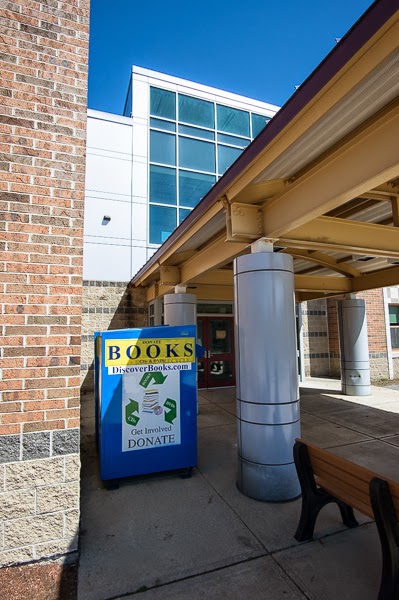 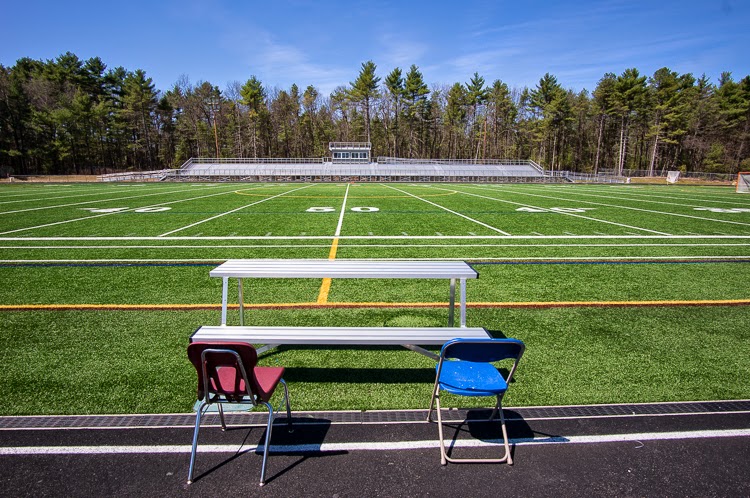 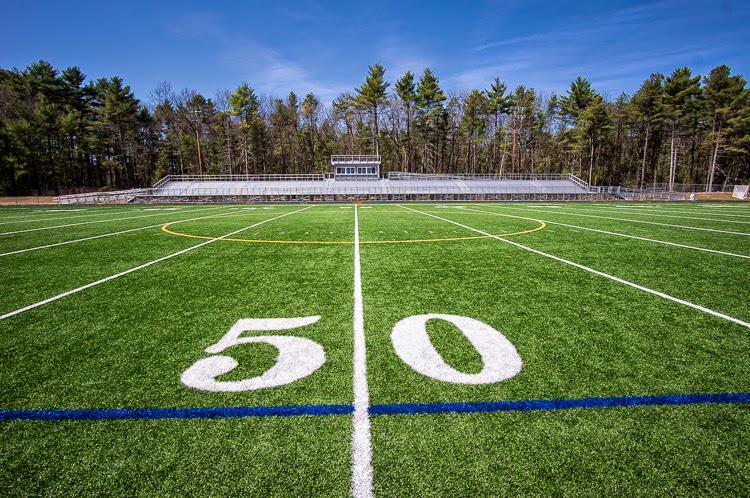 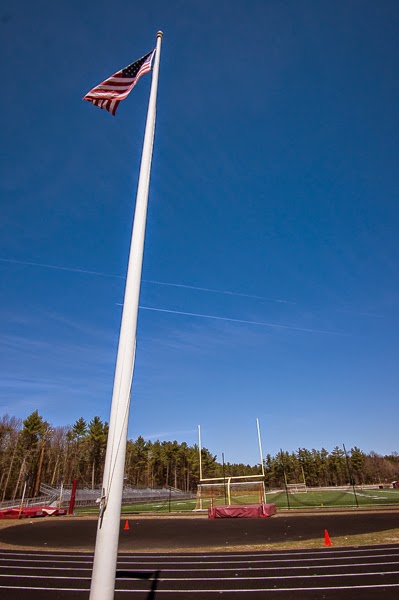 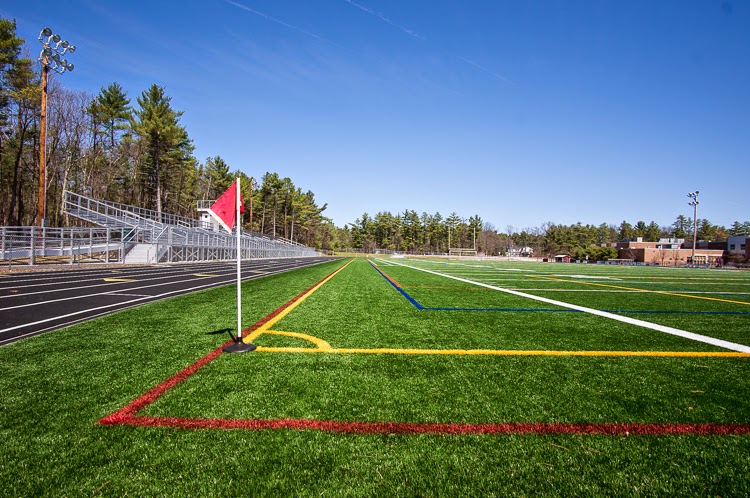 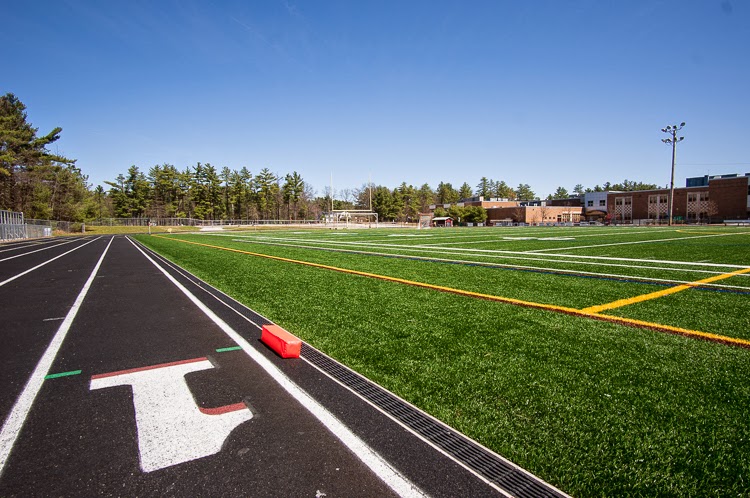 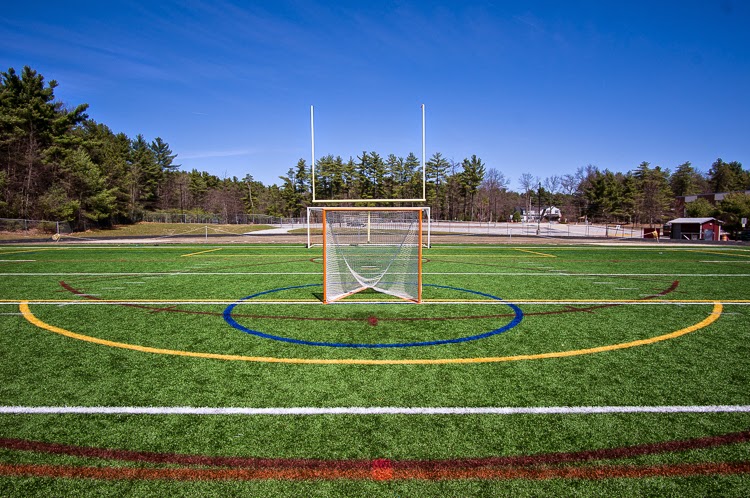 I have now used my 90mm Tamron macro a number of times for flower photography.  On the E-M1 this is a manual lens, with aperture ring and manual focus ring.

I go back and forth on the beneficial use of Olympus' implementation of focus peeking.  Yesterday outside in the botanic garden, in bright light, in worked just fine.  However, during the winter and indoors at the botanic garden it seemed to be inconsistent.  Generally it worked inside, but as I recall it only did its peeking "thing" well when I focused on lines of high contrast. 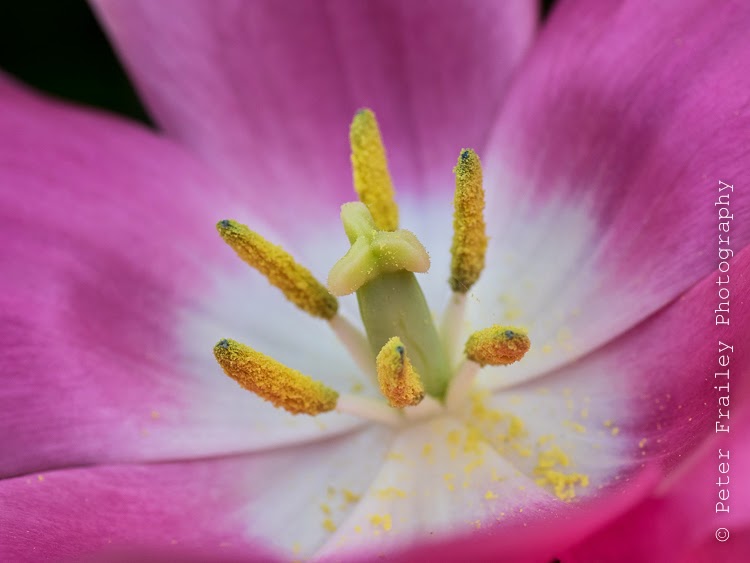 I do think, however, that focus peeking works better for me than not using it... at least for closeup work.  I think this is because with focus peeking I am finding I do not need to magnify, while without peeking I need to use the magnification feature to focus accurately.  I don't like the magnification view because I loose track of my overall composition.  Yes, the magnified view does "snap back" to full view when the shutter is half pressed, but it feels like I've just lost my focus by the time I press the shutter all the way.

By the way, my E-M1 is set for focus peaking in white.  Black is also available. 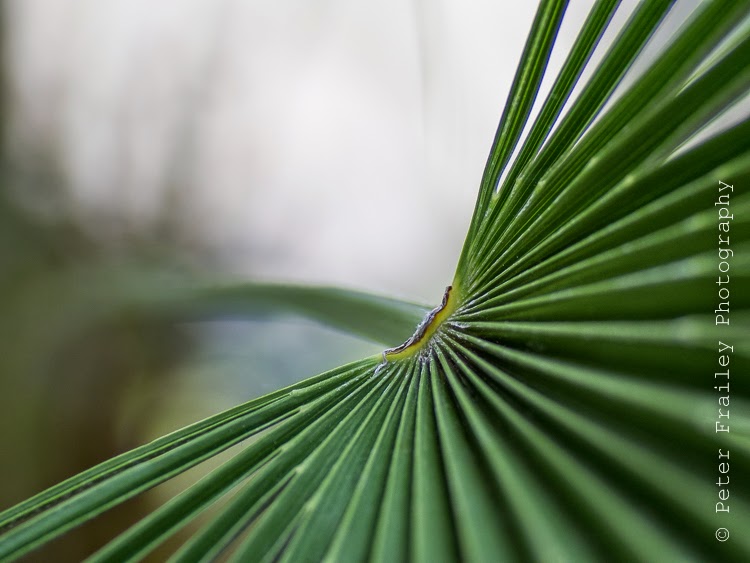 On the wish list for the next E-Mx model

Overall, I don' feel like complaining about focusing adaptive lenses on the E-M1, as the experience is improved over the E-M5.  In Olympus' next version (E-M1 mark2 ?) I would like an even bigger viewfinder, like the one found on the Fujifilm X-T. Fuji's EVF also shows a split screen.  The way it has been described to me, on one side is the full image and on the other side is the selected magnified area.

Alternatively, why not take the approach I seem to recall on either the Panasonic GH2 or G2?  What I recall was a magnified (and smaller) view superimposed on the full view.  The superimposed view consumed the middle of the EVF, allowing you to view the perimeter of your full view composition.

With either approach, my further preference would be an option that the magnified view "stay with you" until the shutter button is fully pressed.


My comments about today's pictures

The two above and the four below were all taken with the 90mm Tamron.  As far as I remember all were taken wide open at F2.8.

(One of the disadvantages of using adaptive lenses is that there is no electronic communication between the lens and camera, thus leaving me with no exif information about the aperture I used.  And, of course, months down the road I won't know what lens I used unless I take notes.)

I think this older lens is very sharp.  But at F2.8, though I think all of these are in focus and shutter speeds were quite ample for eliminating camera shake or subject movement, I think that I might not necessarily have ended up with focus where I wanted it.  For example in the flower below, a close 100% view showed me that the yellow center is in focus but it might have been better to have the stamens in focus... they appear a bit soft to me. Getting your focusing point "just right" is difficult at F2.8 when you are hand-holding the camera, as depth of field is so narrow. 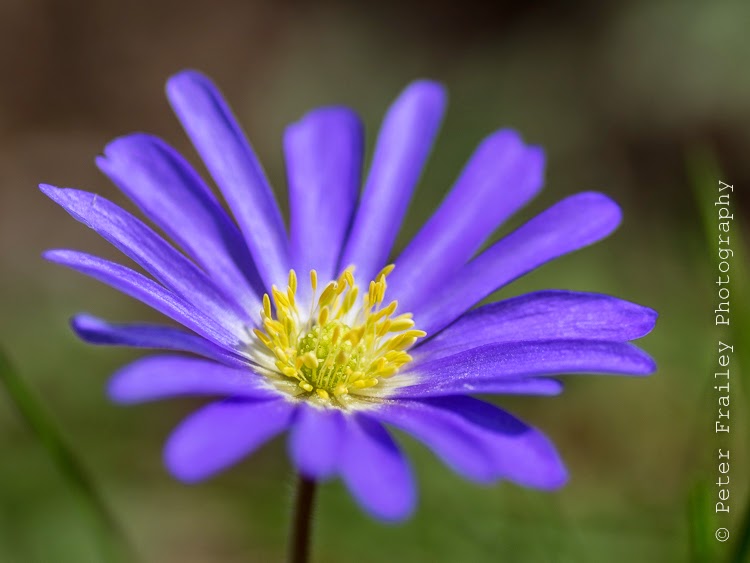 A couple of solutions come to mind:

1) Use a tripod to eliminate any fore-and-aft movement I am likely to impart into the transaction during the brief but important moment that I fully press the shutter... but I hate tripods.

2) Forget about shooting wide open, and instead go for the greater depth of field I can get with, say, F8.  That way, it is harder to miss sharp focus on the desired areas. 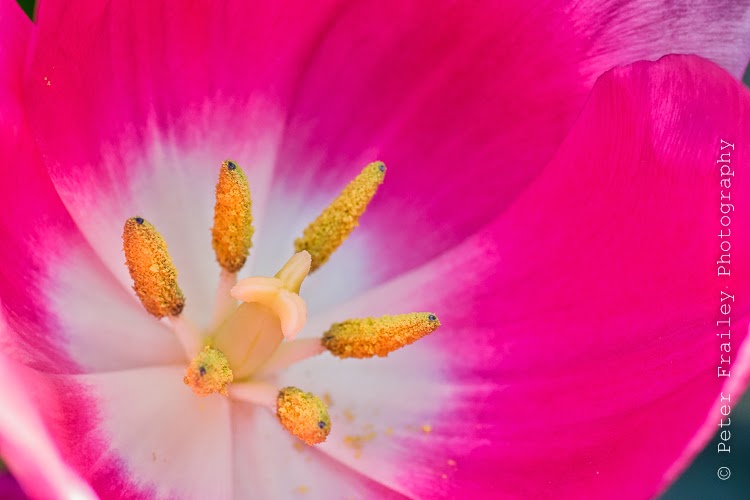 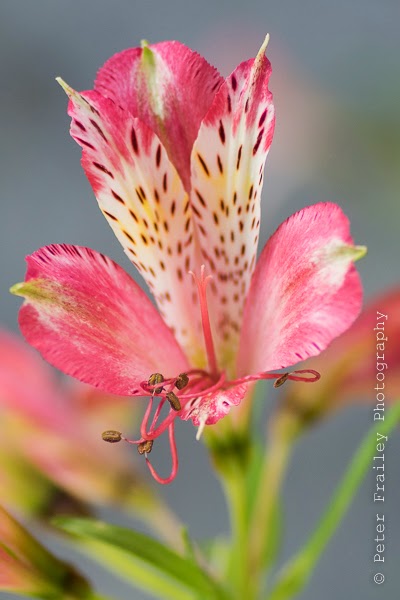 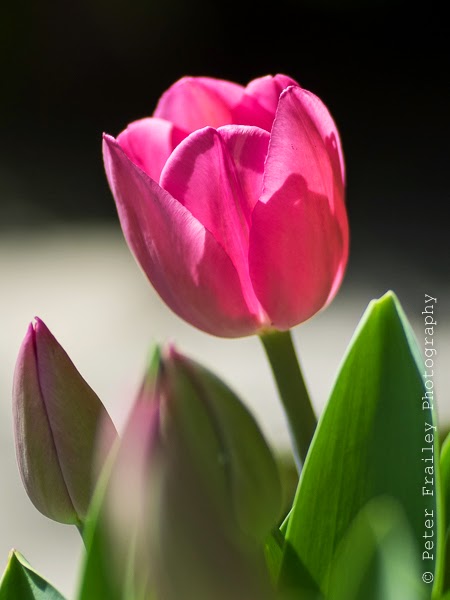 A couple of really fun things have happened this week.  First, on Monday morning I read a very positive review of the new Rokinon 12mm F2.0 manual lens which comes in a Sony E mount (I've got it on my NEX6) and X mount for Fujifilm.

I've never had a lens wider than 24mm-e and on the Sony this 12mm lens will give me the equivalent of 18mm.  Anyway, I made a spontaneous purchase from Adorama on Monday, and voila... here it is pictured below in my office at 11 a.m. on Tuesday.  Knowing how fast Adorama is when it comes to delivery to those of us living in New England, I even brought my NEX6 into the office thinking it might be delivered in one day.  And it was!

So far, the lens feels wonderful.  Solid but less than 6 ounces.  Length of 2 1/4".  Price of $400.  Did I say it had an F2.0 maximum aperture?  That is a couple of stops faster than the zooms out there available for the NEX system and for the Olympus system (I'm a big Oly fan, but still like my NEX6.)

The second incredible thing is that though I am writing this on my office computer, I uploaded the pictures from my iphone.  No big deal for most of you.  But I just got my first smart phone about a week ago.  I took these pictures with it and thought to myself... how do I get them to my blog in the cloud?  Well it was as easy as hitting the App Store icon on the iphone, searching for Blogger, and downloading the App.  AWESOME!

Now that I have gotten over my excitement about getting this new toy (the lens) and getting to love love love my iphone, I hope this lens turns out to be a winner.  I do have 30 days to decide if I will keep or return.

I'll post more of my thoughts on this later.  In particular, my thoughts (and wonderment) as to why I am trying to use my Sony NEX when there are soooo many good (and generally better IMO) lens for the Olympus E-M1 and E-M5, both of which I own (though the older E-M5 might find itself on the chopping block soon.) 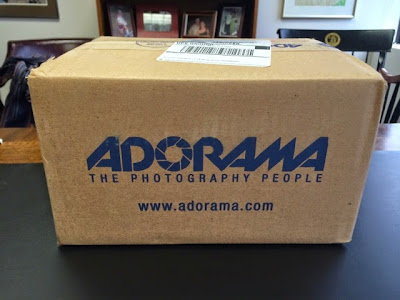 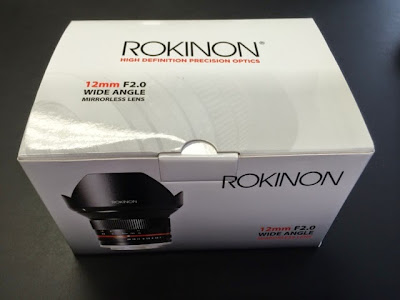 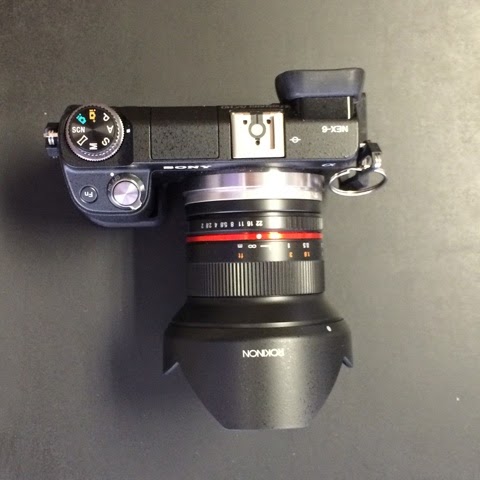 Inside at the Botanic Gardens

Over the weekend I needed some shutter-time.  Saturday was gorgeous and near 70F, so I decided to spend a couple of hours at our nearly botanic garden, Tower Hill Botanic Gardens.  I put several lenses in my pack, but decided when I arrived to use an old 90mm Tamron macro lens, with an adapter for my Olympus E-M1. On an Olympus, this gives the lens an effective reach of 180mm, which is very handy, especially outside where you must stay on the garden walkways. 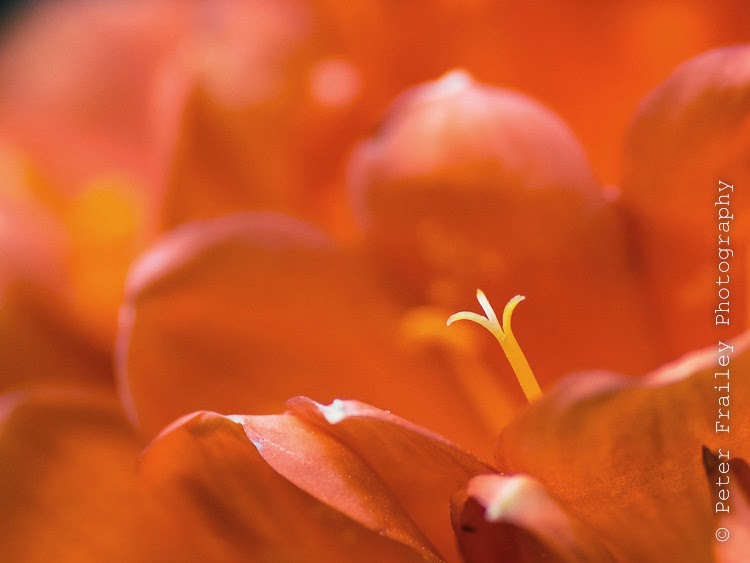 I was having so much fun (challenge?) manually focusing with this mechanically focusing manual lens, that I never switched to any of my other choices.  Even the superb Olympus 60mm macro stayed in my bag. 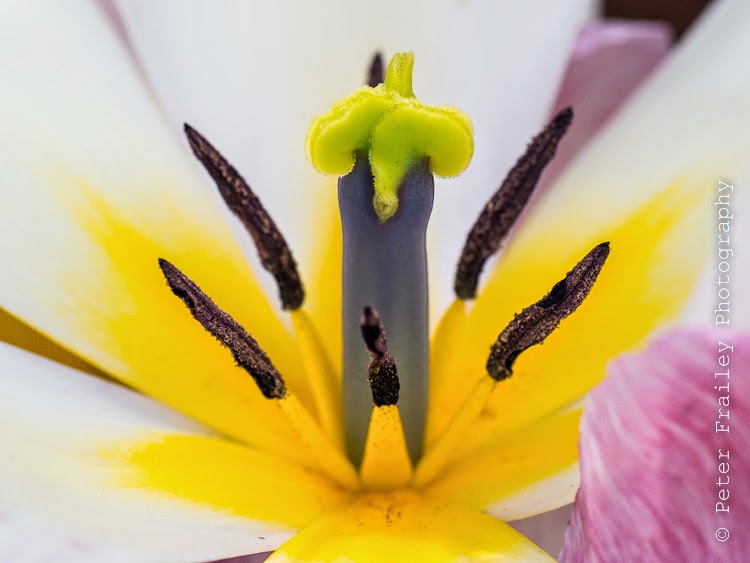 All of these shots were taken at full open aperture of F2.8.  The result is a very narrow depth of field... some people like that effect, others prefer the larger depth of field obtained by shooting at a narrower aperture. 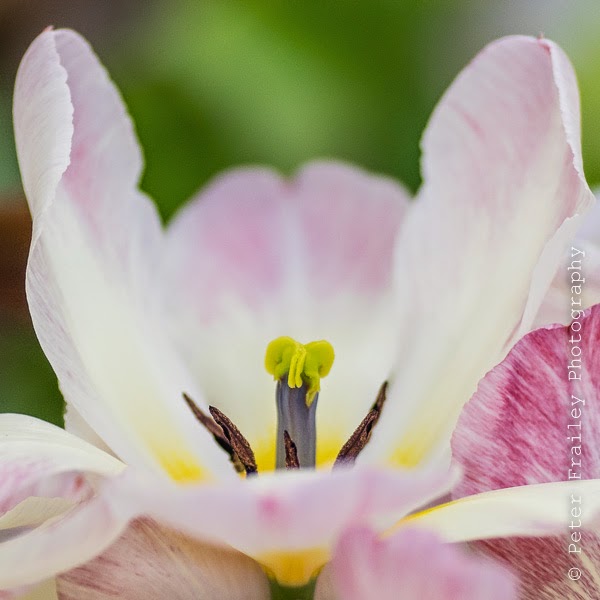 The camera was hand-held. Focusing was manual, using the magnification and focus peaking features on the E-M1.  I have to say, getting accurate focus was difficult.  I shot at high enough shutter speed to eliminate camera shake; however, with a narrow depth of field many of the images were not focused where I intended.  I discarded a lot.

[Note:  My gut feeling is I get a higher keeper rate, with regard to focus, when using the Olympus 60mm macro mFT lens with autofocus and the small focus points.] 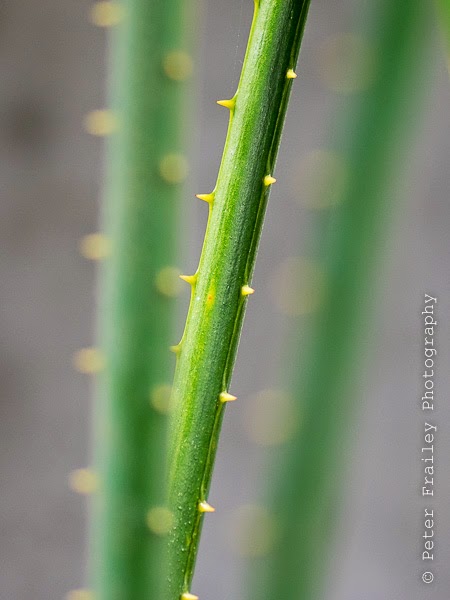 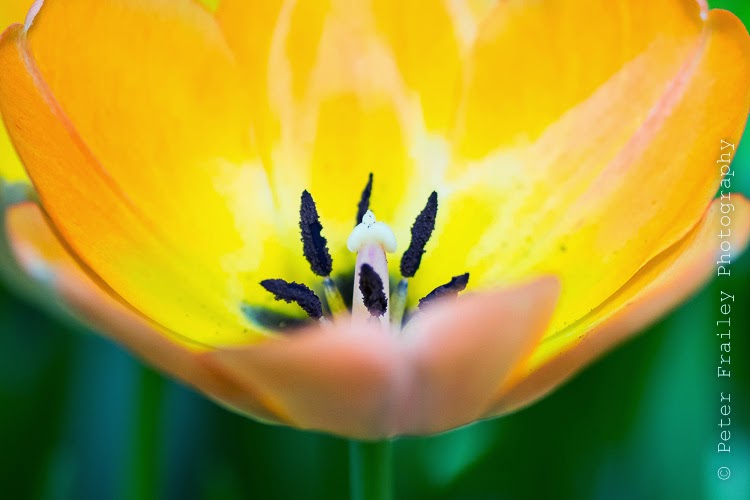 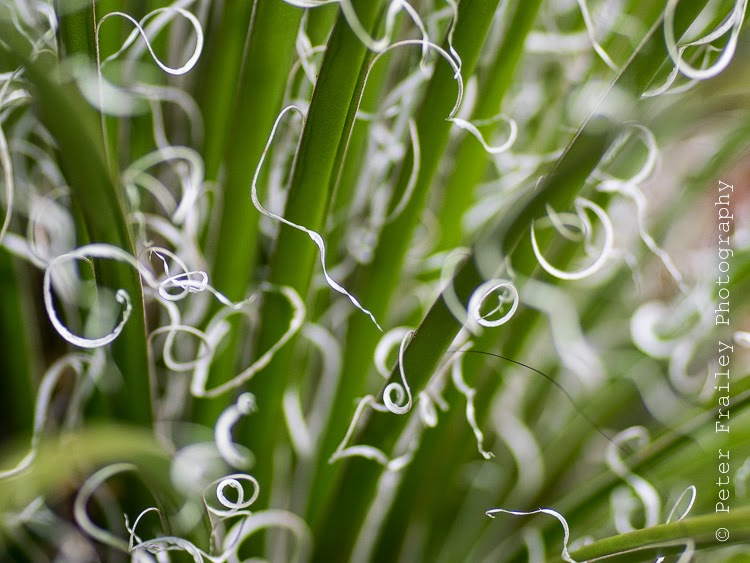 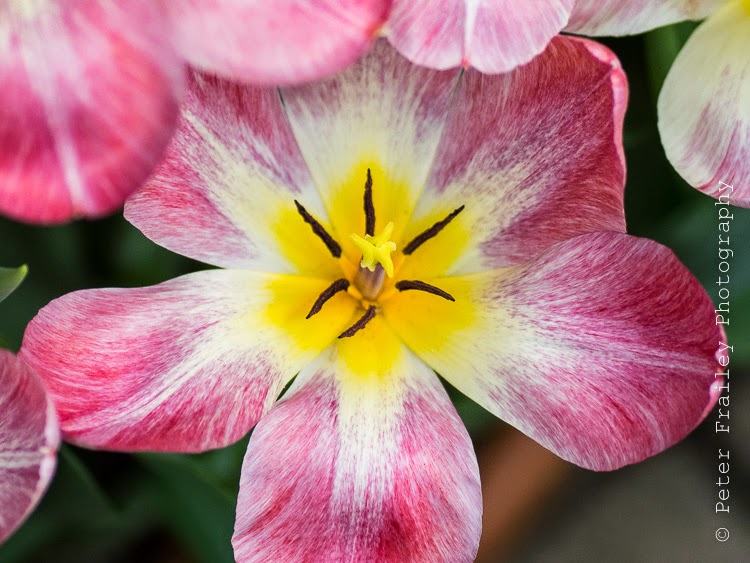 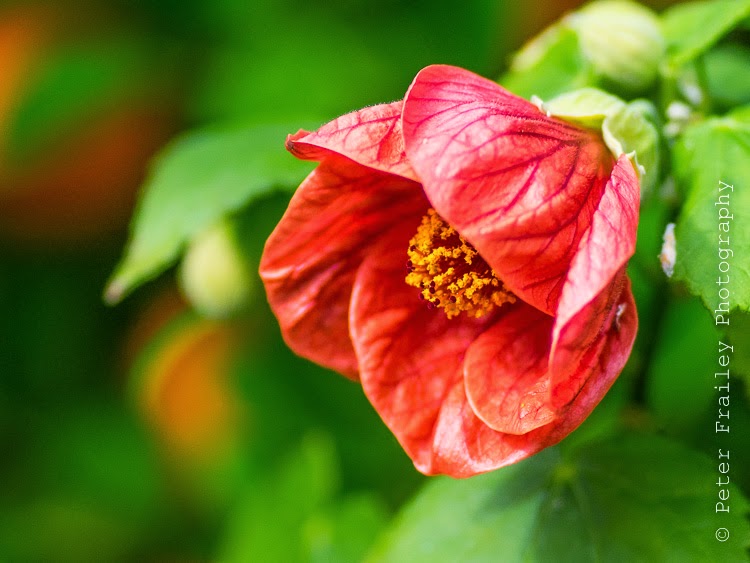 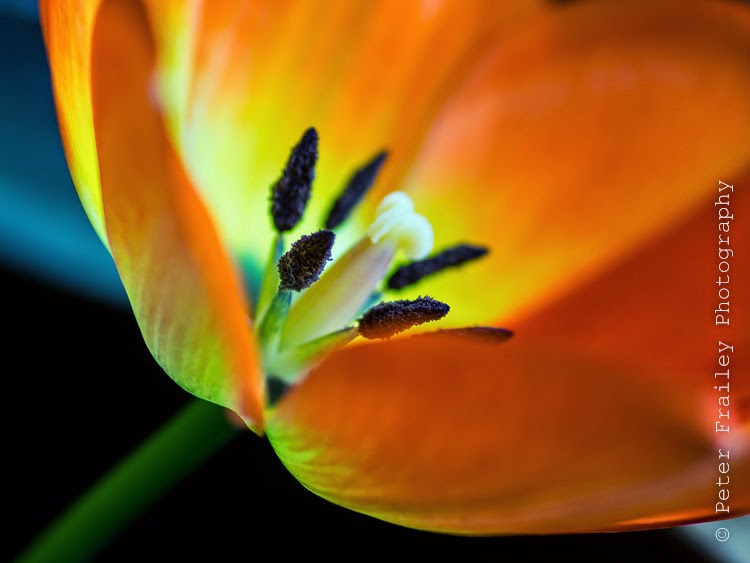