The PowerCube: An Excellent Stocking Stuffer For Charging Your Gear

I found the "PowerCube" first on Amazon before a two week vacation trip.  When traveling it is always hard for my wife and me to find enough power outlets to recharge all of electronic devises.  In the past we'd bring one or two power strips to leverage what power outlets are available in hotel rooms.

On our last trip, I brought one PowerCube.  Although it consumes just one wall socket, as you can see in the photo below the top socket of the PowerCube competes with the second socket of a traditional two-socket wall outlet. 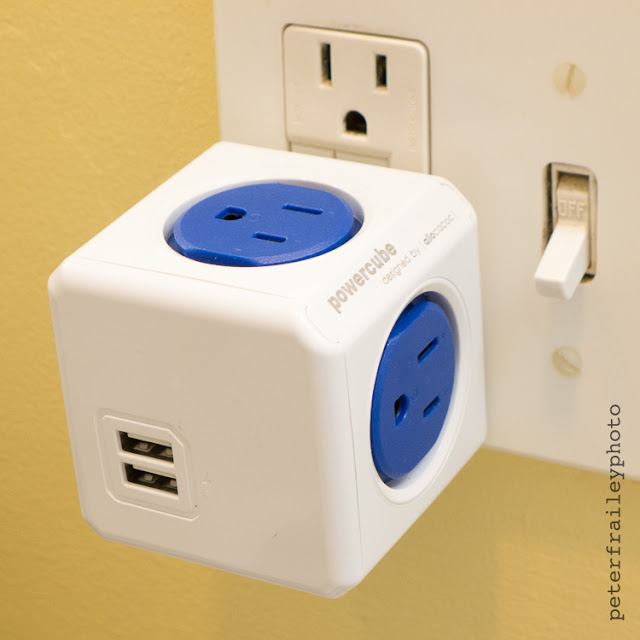 So you do give up both sockets of the wall outlet; but the PowerCube gains you four sockets around the outside of the Cube.  By "fanning" out the sockets, you gain considerable room for plugs and bulky rechargers.  In addition there are two USB charging ports.

There are a number of other configurations plus models that are fitted to an end of an extension cord. Also, for a bit less money one can buy PowerCubes with a fifth electric outlet instead of the dual USB ports.

Here's a link showing what is available:

This blog post has been modified slightly from an article I wrote in November which was published by Heather and Mathieu of mirrorlessons.com.  The article can be found by clicking here. 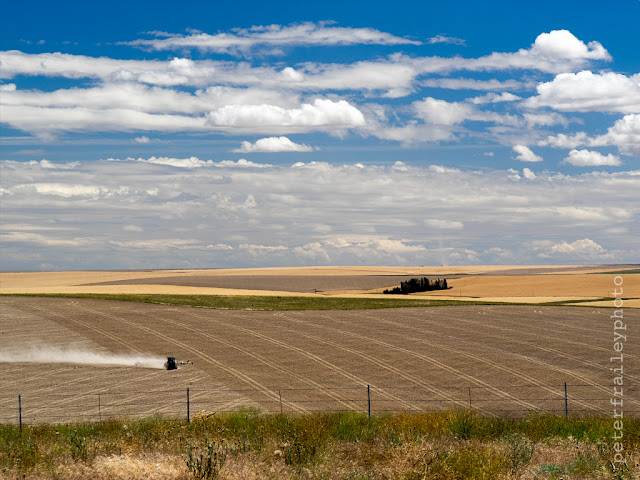 In December of last year I decided it was a good time to add to my mFT lens collection.  As a bit of background, I also use Sony and Fuji mirrorless gear, but most of my equipment is mFT, having owned several Panasonic and Olympus cameras and a bunch of mFT lenses. As I write this article, my only mFT camera is the Olympus EM-1, a lovely and hugely capable camera which I have owned since it first become available. 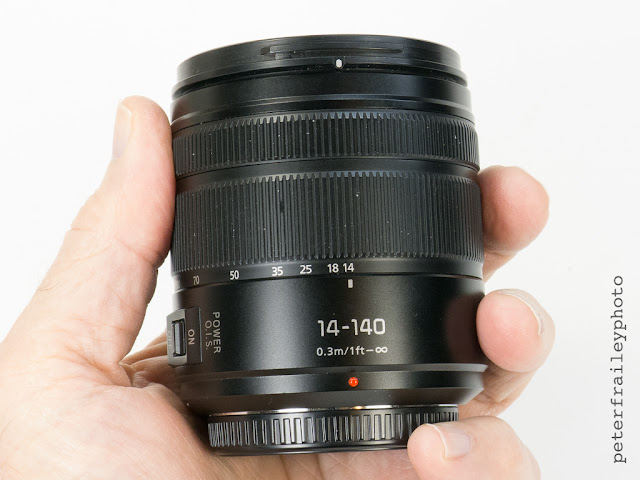 That said, in December last year I decided that my new lens would be the Panasonic 14-140mm F3.5-F5.6. This is the second version of the 14-140. I’d been thinking about adding this lens configuration (28-280 mm equivalent) for quite some time, as I know so many people who have enjoyed these so-called "super zooms", especially for travel. An all-in-one lens is a very attractive choice when you want to travel light and simple.

When the first Panasonic mFT version of the 14-140 was introduced in 2009 (with a slightly slower aperture of F4-F5.8), I was interested. But at an initial offering price of about $700, I was not interested enough to pull out the credit card. 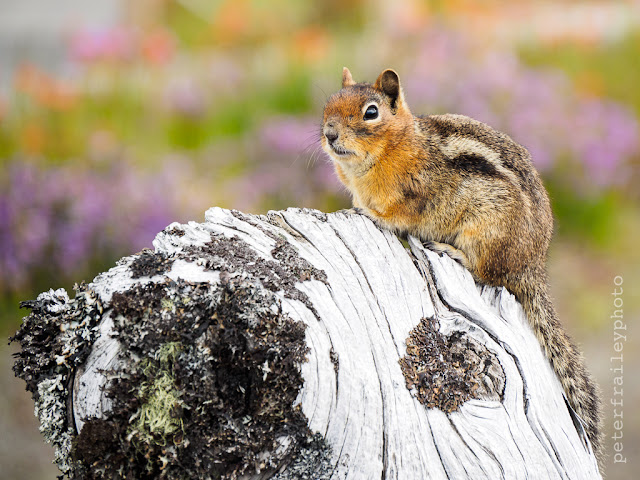 Version 2 came along in 2013.  It has a lot going for it: a stepper motor, better optical image stabilization, a slightly faster lens, smaller, lighter, sharper in the corners (though arguably less sharp in the center according to at least one review), 58mm filter threads instead of 62mm, 1:4 (1:2 equivalent) magnification instead of 1:5, and closer minimum focusing distance. Looking back, I'm surprised I resisted. 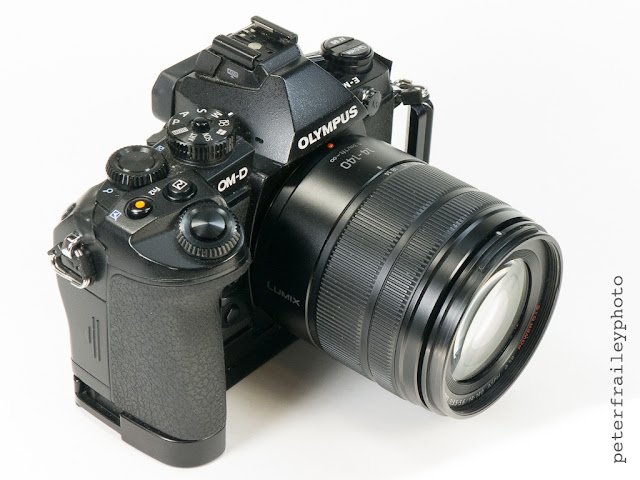 E-M1 plus 14-140 plus Really Right Stuff L-bracket
A nicely balanced setup
Note: Though pictured here without the lens hood, I always use it.

Well, last December I saw the lens from a high quality N.Y. vendor for a $200 savings plus 4% rewards… and that had me smiling big time.  Out came the credit card. Ever since then, this lens has been almost permanently attached to on my E-M1. 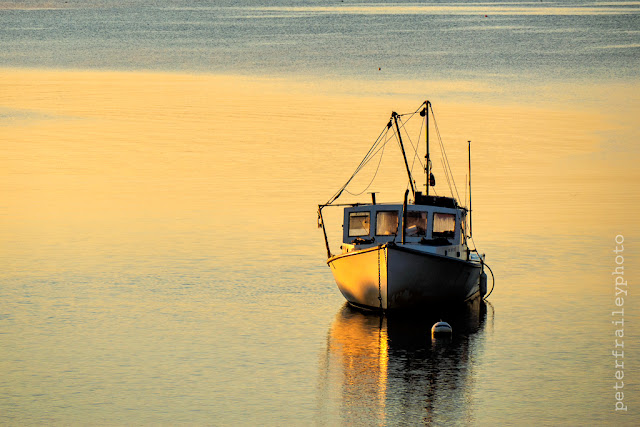 How good is this lens?

My immediate response is “good enough”.  I’m happy with the images I have taken, at least when it comes to the lens’ contribution to the image pipeline. But I should say that based on my personal experience, it is not quite as sharp as the PRO 12-40 F2.8 by Olympus or the 35-100 F2.8 by Panasonic. The 14-140 is light and small and I view this as a positive; however, on the flip side it does feel a bit more “plastic-y” than I had hoped. I suppose light, small and plastic go hand-in-hand. That being said, the parts fit together well and the focus and zoom rings are pretty smooth. There is a metal lens mount, as one would guess for a lens of this price. 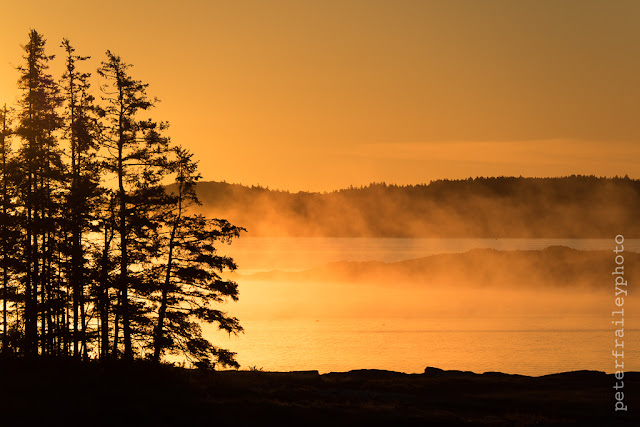 Lens sharpness is always a primary concern, though folks will argue about how sharp is sharp enough.  For me, this lens is sharp enough for 95% of the pictures I take. I say 95% because if I see a shot that has a chance to be a “portfolio shot” (the other 5% of my images and likely far fewer) I will want to switch the 14-140 for the sharper and faster 12-40 or 35-100, assuming I even have these two lenses with me at the time. I do, however, realize that in most cases it will not make a difference in the appeal-factor of the resulting image…perhaps until you start printing bigger than 12’ x 18”. 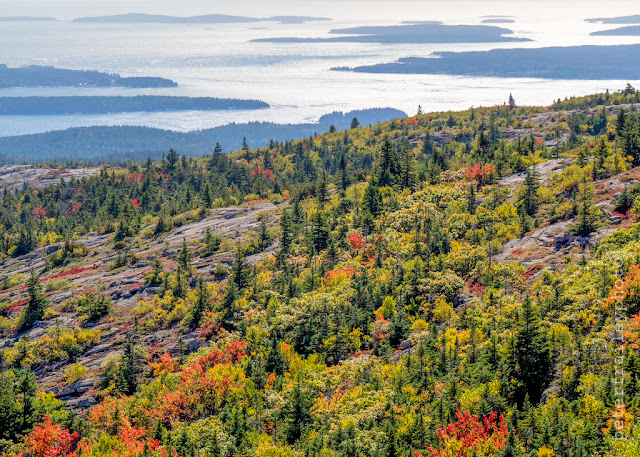 Other than that, for downsides I do notice some occasional vignetting which has always been fixable in post, and some annoying difficulty in finding focus at infinity when using small size apertures. It is especially annoying when using a polarizer, which of course reduces the amount of light reaching the sensor, artificially creating a low-light (or at least lower-light) situation. The work-around for me is to simply switch to manual focus when the occasional situation requires it.  (These comments are based on my experience with the lens on an Olympus body.  I suppose it might be possible that the focusing issue is non-existent on a Panasonic body.) 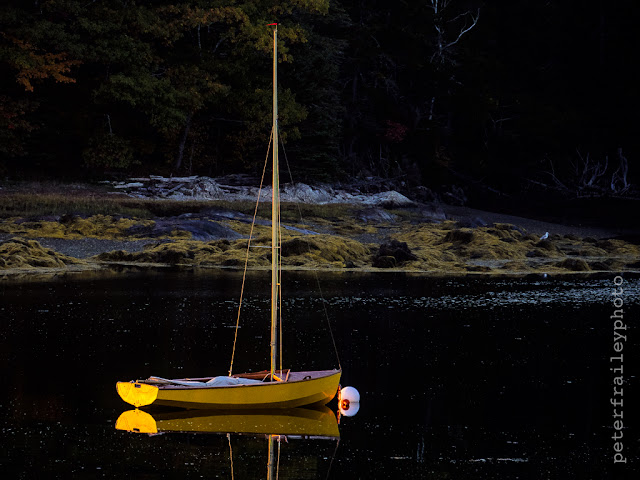 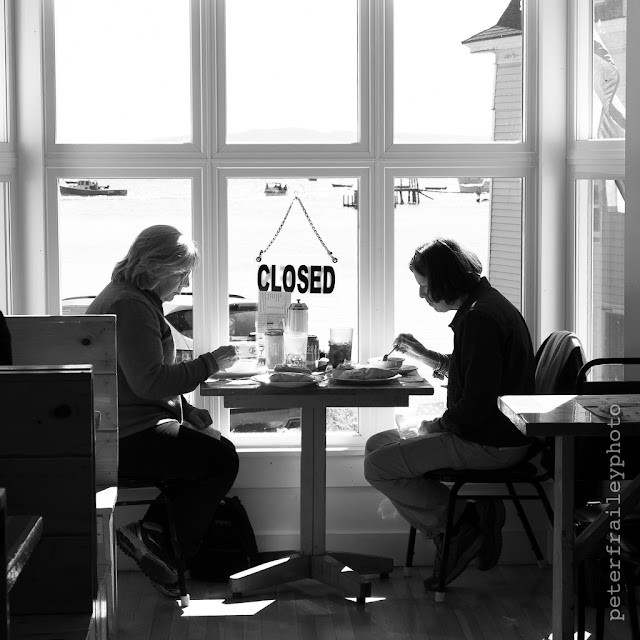 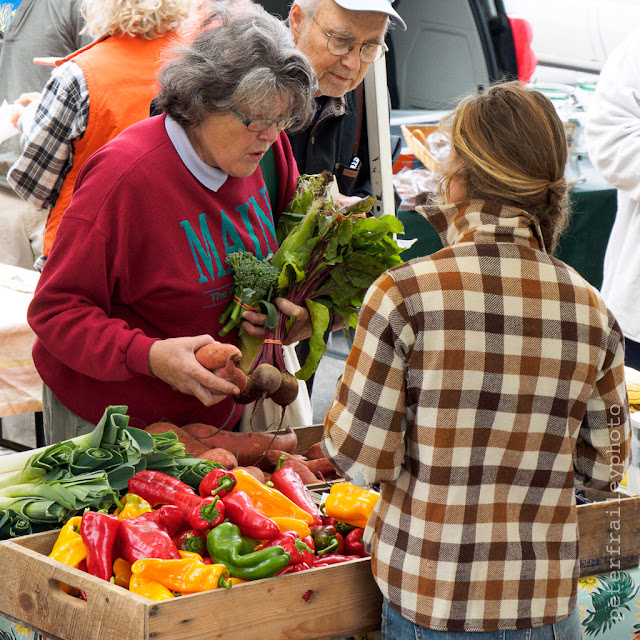 I love this lens for travel and landscapes.  For this I typically shoot at F4 (where available at the wider end of the zoom) through F8, depending on the desired depth of field.  I generally shoot in aperture priority and auto ISO. 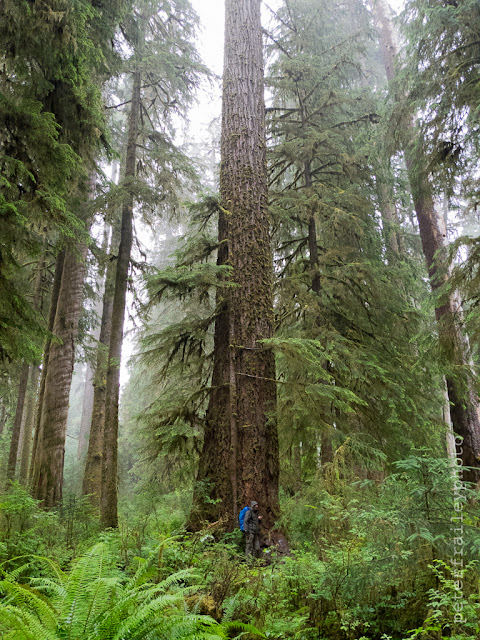 The macro capabilities are excellent.  I take a lot of flower images in botanic gardens where one needs to stay on a walkway.  The fact that this lens has ample magnification (1:4 which is equivalent to 1:2 on a full frame camera) when fully zoomed to 140mm is fantastic for these situations. You can get a flower closeup image without getting, well, close up. Generally for flowers I shoot wide open and at least 1/200th.  That shutter speed might seem high, but all my flower work is outdoors and there is always some air movement. 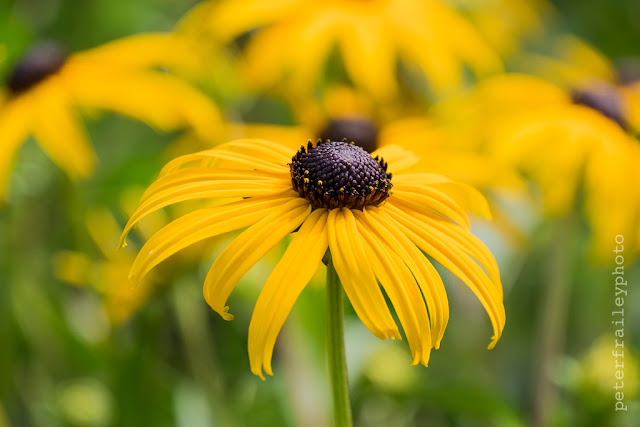 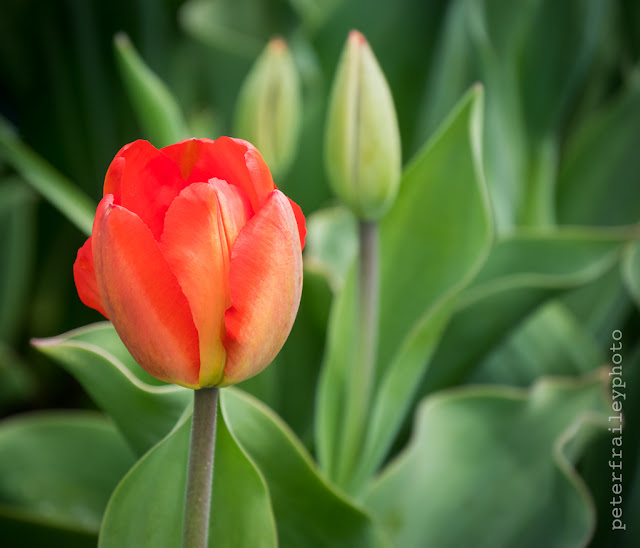 I am so confident in this lens that in June, on a two week mobile home vacation in the state of Washington, this was the only lens I took for the E-M1.  Even the 12-40 stayed home!  (Having said that, I also had a Fuji X100T, a fixed lens camera with a 35mm equivalent lens.) 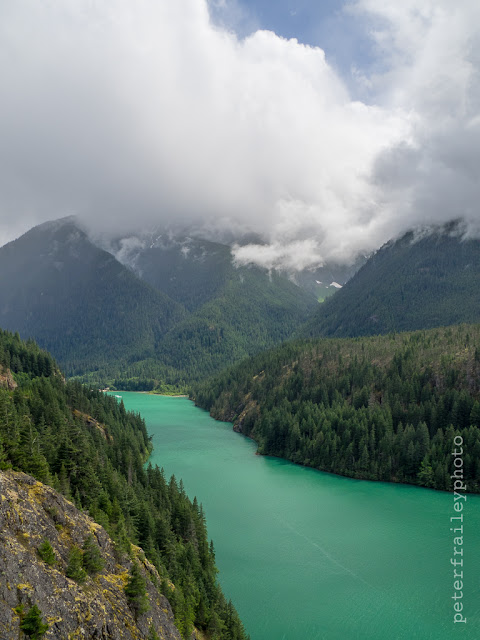 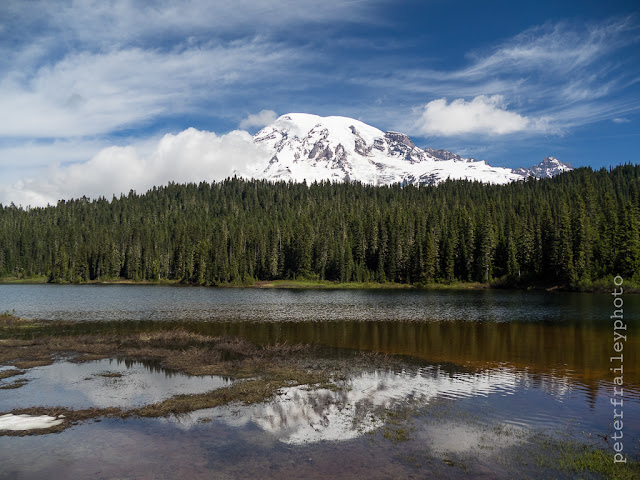 The images shown above were all taken over the last 12 months and were picked to show the versatility and capabilities of the 14-140.  Post-processing is in Lightroom CC. Most of my images are taken at base ISO of 200.  There are a couple here shot at ISO 400 and 1000.  The one taken in the rainforest of Olympic National Park was at ISO 3200.

I have a larger collection (70) of higher resolution images taken with this lens on my Web site.  Here’s the link to that collection: