The Panasonic LX5 shines in Maine, beats my dSLR 85% of the time.

During a two week vacation in Maine this summer, I brought along my little Panasonic LX5 and my bigger Olympus E620 dSLR.  I was quite surprised that of the 660 images I have decided to keep (hard drive space is cheap these days!)  that fewer than 100 were taken with the E620.  That's less than 15%!


[A few trip pictures are included below.  I have posted about 35 images on my Website, here: www.peterfraileyphoto.com/mainevacationjunjul ] 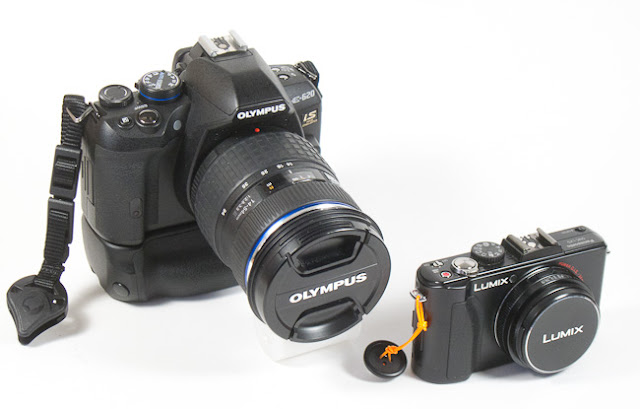 ﻿
All pictures were taken in RAW + JPEG, and both cameras have full manual controls.  When it comes to one important feature for me, the LX5 is better: it has a broader f-stop range for 3 shot exposure bracketing. You can bracket up to 3-stops, compared with only 1-stop on the Olympus. And it is easier to get to the bracketing on the LX5 because you are able to program the function button for that purpose.  The Olympus takes a lot more clicks to get into the bracketing. 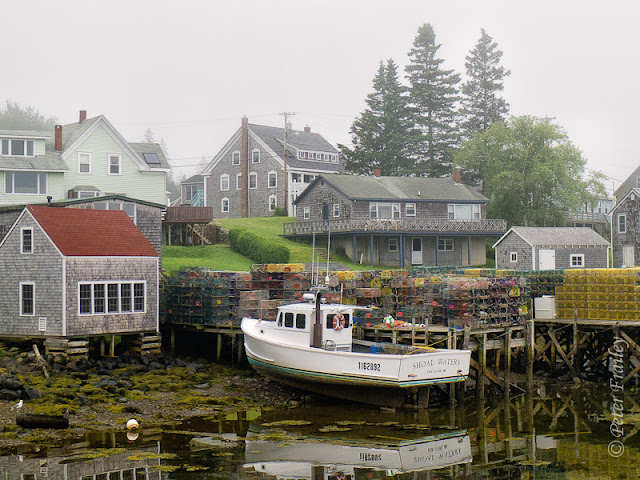 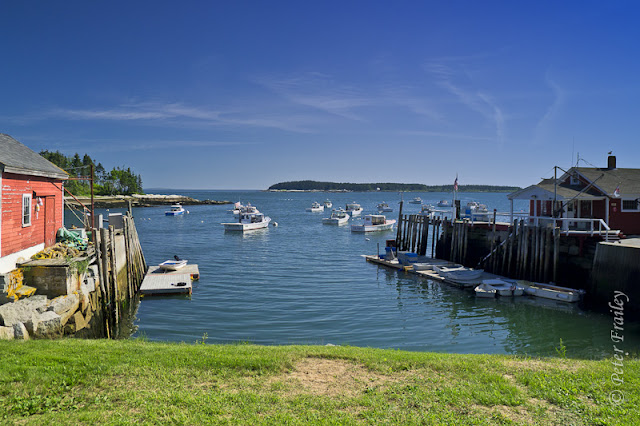 When I say that the LX5 beats my Olympus E620 85% of the time, I am not talking about image quality.  I am talking about usability.  Especially for landscape and travel photography. As a tool, I picked the LX5 85% of the time during this trip.  This wasn't planned, it just happened.  It wasn't because I expected better image quality.  It was based on a subliminal mental formula: (camera to carry = image quality + size of camera + convenience + ease of use +  fun factor.) 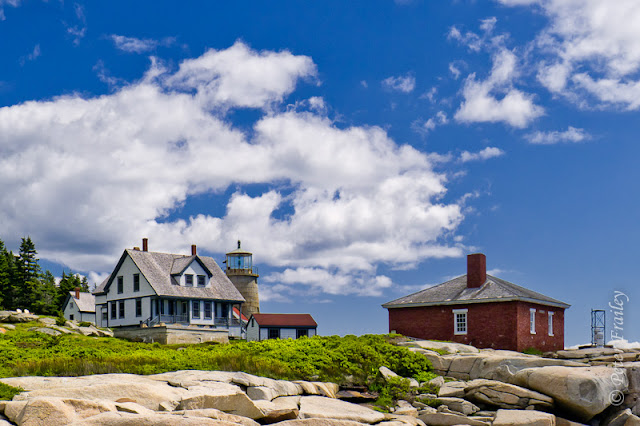 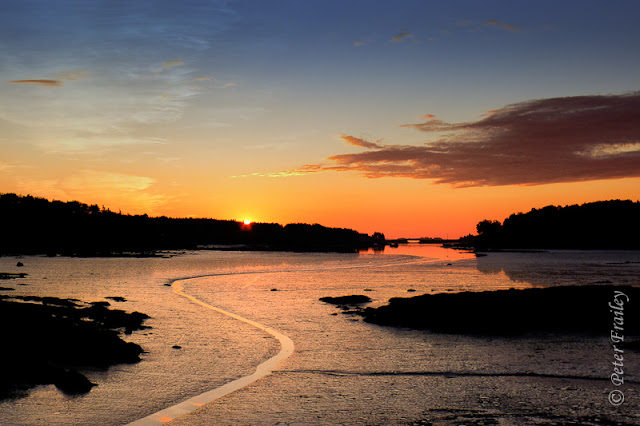 The image quality piece of the formula was not on this trip as important to me as it might be to others.  That's because I realize that 98-99% of the images I keep on my computer will never be printed. Nor will they ever win any contests, no matter what camera was used.  They will be seen at no wider than 650 pixels on this blog (about 1/3 of a megapixel), or no wider than 1550 pixels on my Web site (about 1.5 megapixels) or no wider than 1920 pixels (less than 2 megapixels) on my 24" monitor or an HD TV.  For this purpose everything I get from the LX5 is "good enough."  Actually, for these images, I usually keep the JPEG and dump the RAW. 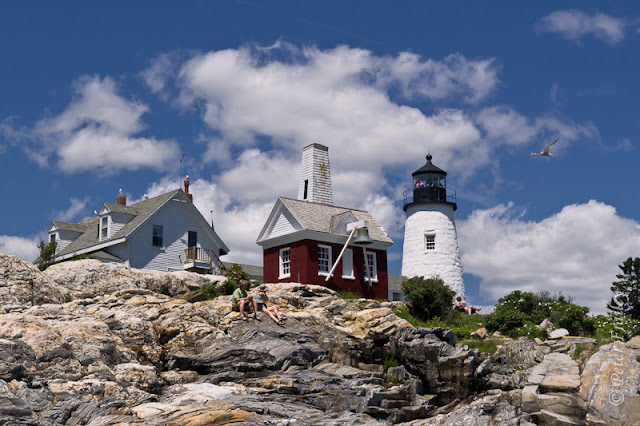 Some of the LX5 images from this trip have already been posted previously. No one has told me that I should have had a better camera for any of these. That's not to say these images could not have been improved upon; but improvement has nothing to do with the camera. 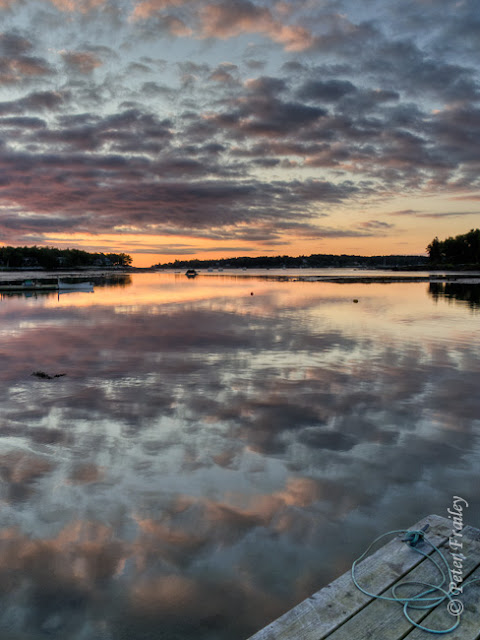 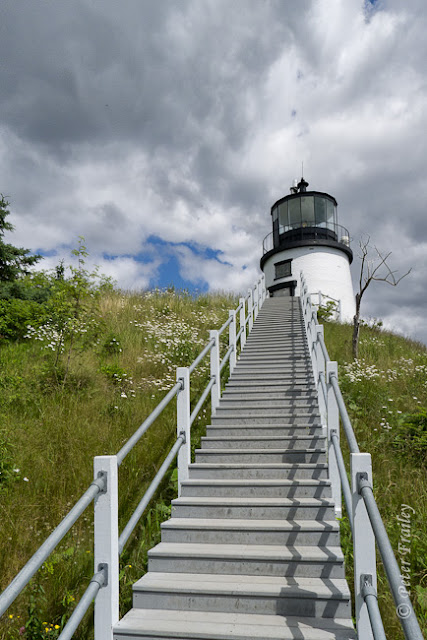 As far as printing goes, perhaps 12 images (2% of the 660) might be printed.  At 9" x 12" or smaller it is hard to tell the difference. To be honest, as much as I like the LX5 (obviousy), if I knew which 12 images would turn out to be the best, it is for those shots that I would want the Olympus. 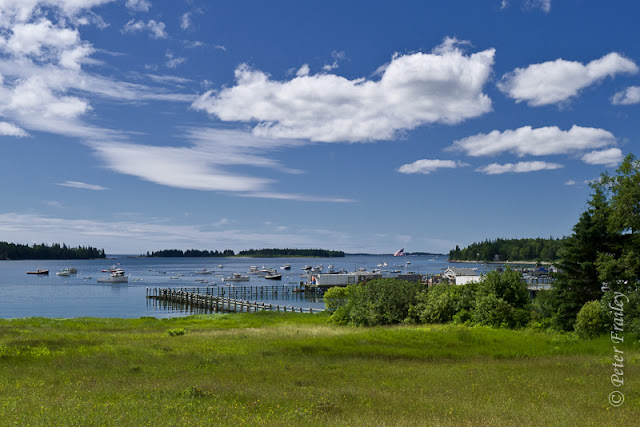 I have posted larger and more pictures (about 35 images) on my Website, here: www.peterfraileyphoto.com/mainevacationjunjul
Posted by Peter F. at 15:25 No comments:

I just added a "Flowers" gallery to my Web site

I created a new gallery on my Web site for flower photos, and have just today uploaded 80 or so images .  These were taken with a variety of cameras, even a couple of point-and-shoot cameras.  But perhaps my favorite technique at the moment involves hand-holding an Olympus dSLR with a 70-300 zoom lens and shooting at about 1/250th second to eliminate any subject motion from even the slightest amount of wind.

At 150mm with this zoom lens there is a 1:2 macro setting which basically fills the viewfinder with a 3" flower at a focusing distance of about 33".  Since many of my flower images are taken in public gardens it is important to stay on the marked paths.  This Olympus lens gives me the reach I so often need.

www.peterfraileyphoto.com/flowers
Posted by Peter F. at 20:18 No comments:

Email ThisBlogThis!Share to TwitterShare to FacebookShare to Pinterest
Labels: flowers

While reviewing my pictures from our trip to Maine I noticed a few that are examples of "leading lines"; that is, lines that draw (hopefully) the viewer into the image.  These leading lines are in the form of diagonal straight lines and s-curves.  I found it interesting that there were several red buildings that I was attracted to. 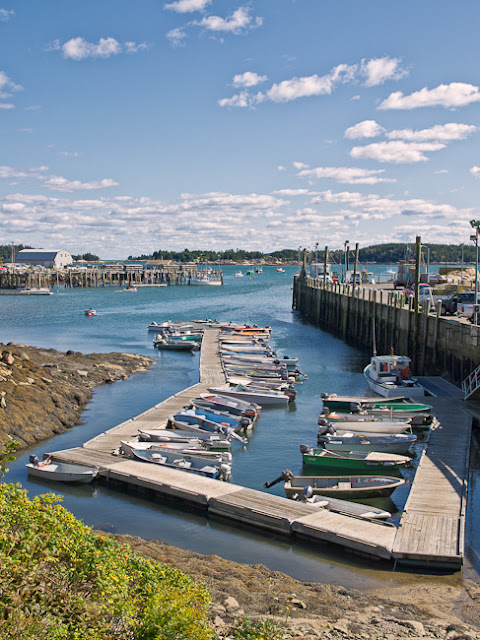 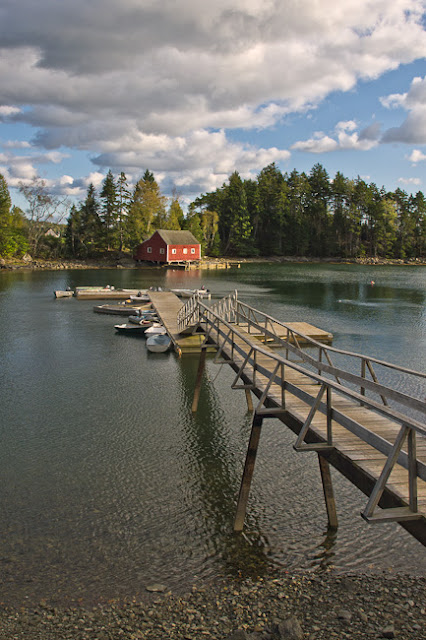 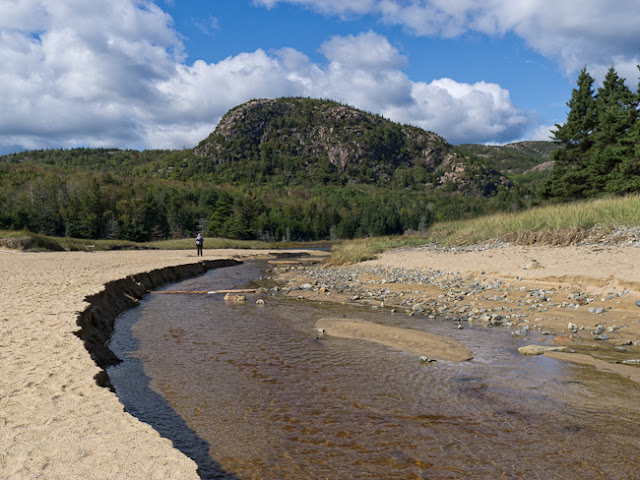 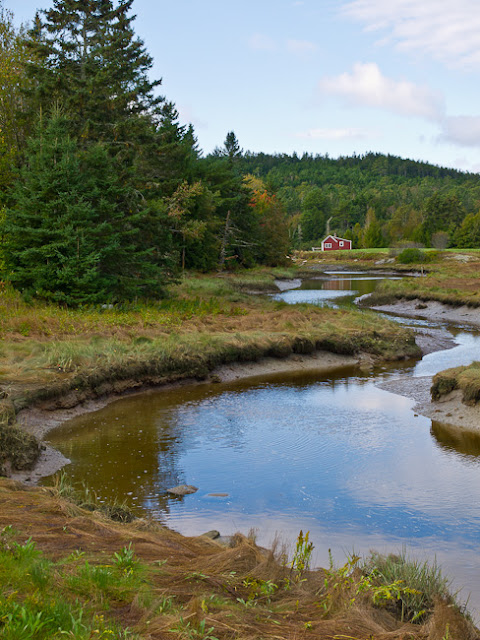 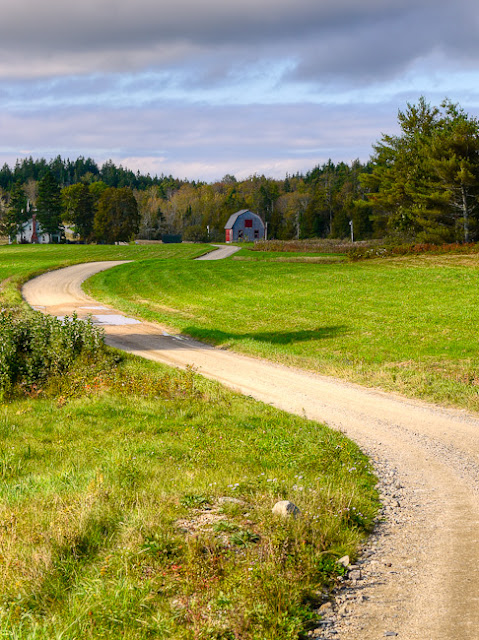 As part three of this series of posts of images from Maine, I thought I would put together some foggy weather images.  Maine is known for its coastal fog; however, we had very little of it on our trip.  But here are a few images where there was enough fog to get a feel for it, but no so much that I didn't dare carry my camera. 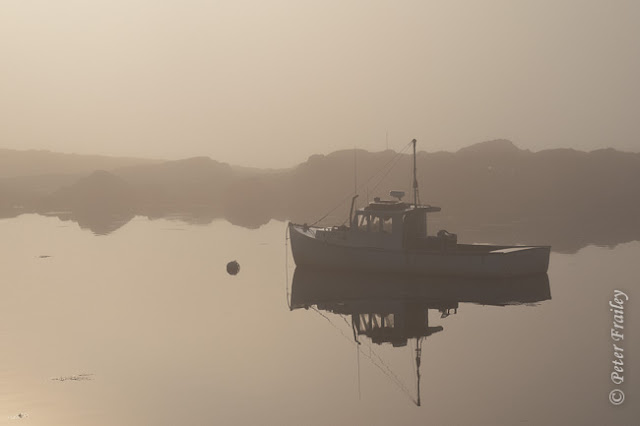 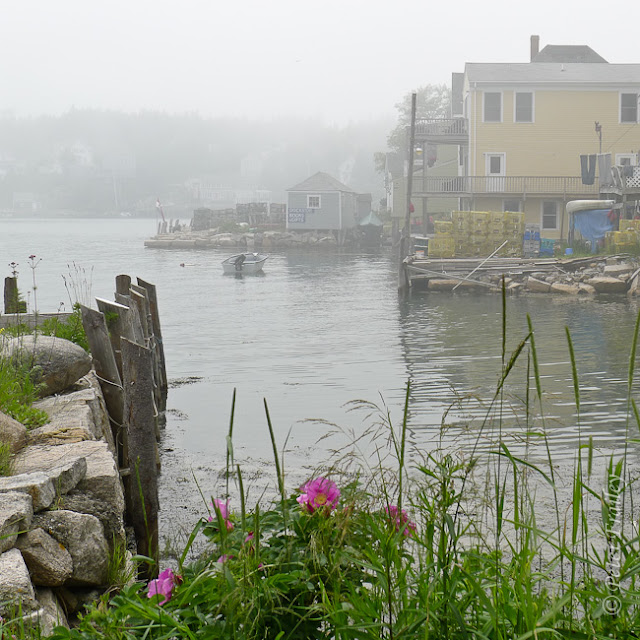 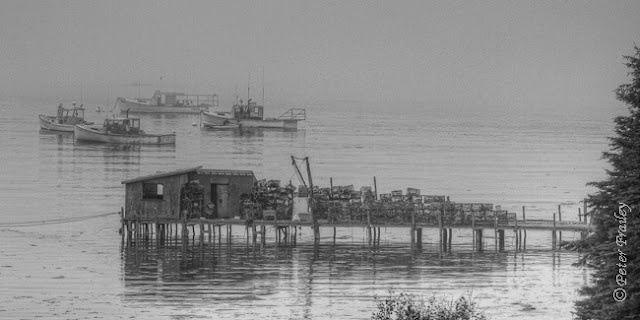 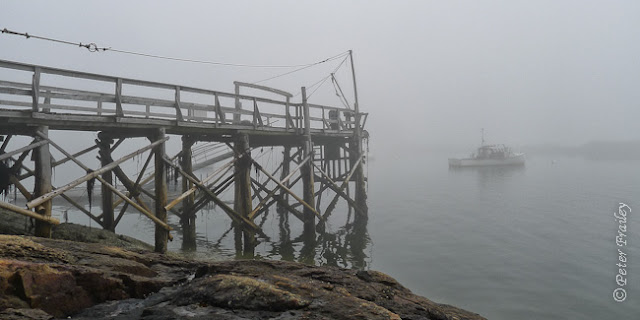 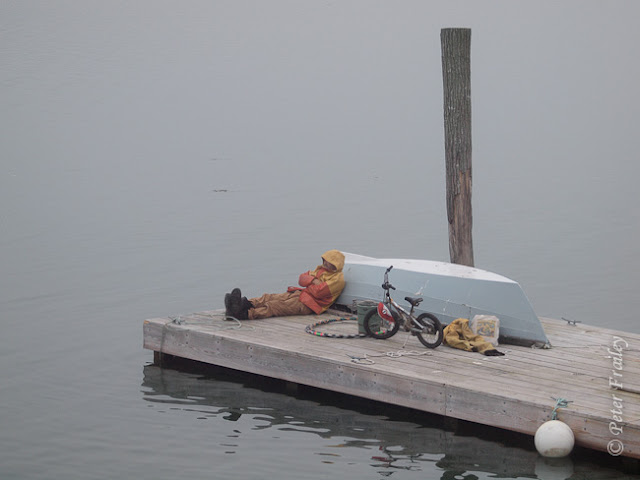 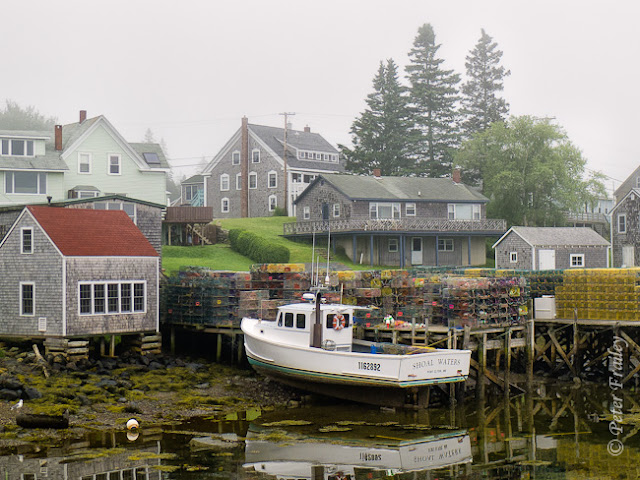 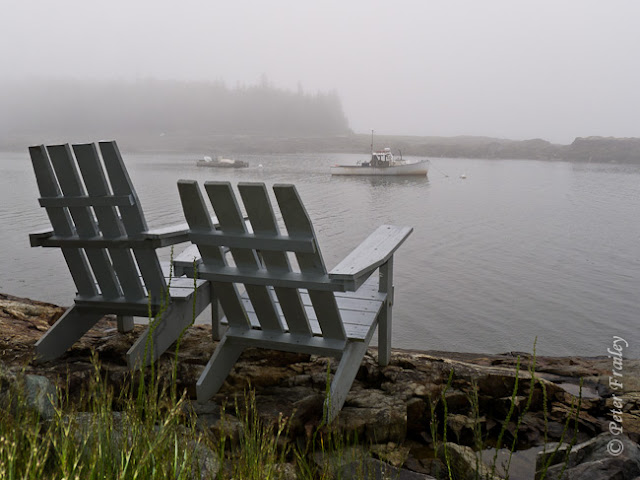 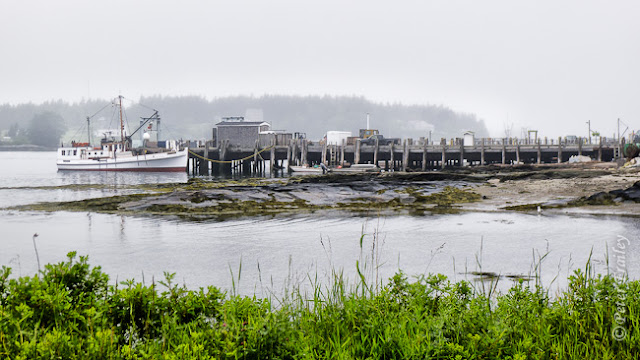 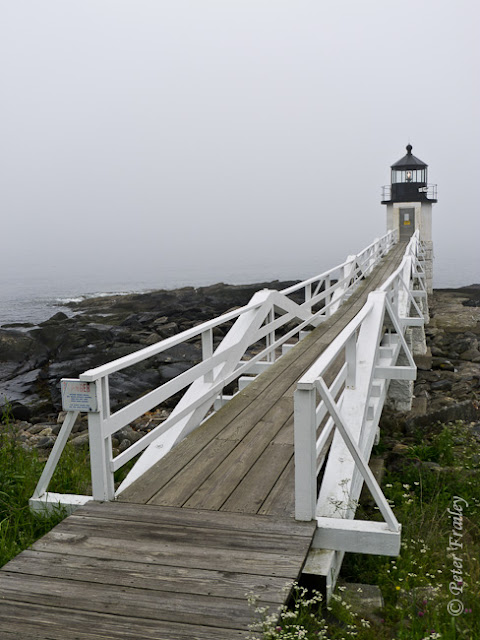