My years of serious camera-carrying remind me of a barbell: A heavy interest in the early years and a heavy interest now, but pretty lightweight in the middle. My enthusiasm was keen in the late 1960s and 1970s. I shot a lot of Kodachromes during trips to Europe and the American West, and summers on Cape Cod. I taught high school in the '70s and used my pictures to create slide shows for my courses in European History and American Studies.

The "Swiss Sunset" shown to the left is perhaps my favorite image... ever. It scanned very nicely and the colors are exactly as I remember them. It is unlikely that this scene, taken in July of 1968 at 9 pm at 11,000 feet on the Jungfraujoch in Switzerland, will ever be duplicated, as the ravages of 45 plus years of climate change have decimated the permanent snow-pack. The 18" print that now adorns a wall in our living room still stops me in my tracks; and, of course, brings back great memories.

Then there was my hiatus (i.e the middle of the barbell) from serious photography in the 1980s and 1990s. My dad's German-made 35mm Kodak Retina IIIC Rangefinder and my two Nikon 35mm SLRs sat in an old camera bag in the corner of a closet, as I casually used a pocketable point-and-shoot film camera to chronicle vacations and the kids growing up. 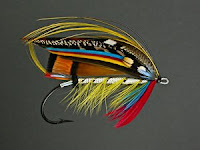 The light was lit again in 2002, when my wife bought for me my first digital camera. As my excitement with the digital phenomenon grew, I began my first Web site, http://www.fishingwithflies.com/. With a primitive desktop studio I began taking closeup images of fishing flies for my site, and a number of my fly tying articles with step-by-step illustrated instructions were published in several Internet e-magazines.

My technique for this type of macro photography has been evolving ever since, with me shooting thousands of images to get my set-up and work-flow "just right". (Well, to be honest it will probably never be "just right" as I keep finding things to tinker with.) In 2005, many of my fishing fly images were included in Gary Soucie's book Woolly Wisdom (Amato Books, 2005), a recipe book about tying nearly 100 variations of the woolly worm style of fishing fly. 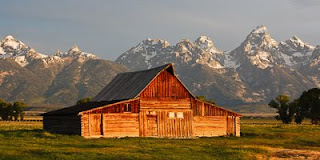 My rekindled enthusiasm spread to the out-of-doors in 2007 during a trip with my wife to the American West. Accompanied by a new Nikon digital SLR lent to me by my brother, the bug bit deeper. The picture-taking opportunities were awesome, and I loved experimenting with the huge feature-set available on the modern dSLR.

Since that 2007 trip I have bought and sold a bunch of used and new cameras. By doing this, I have learned that my camera preferences emphasize convenience and portability, though these are relative terms.


My typical travel kit now includes one of these (or perhaps two, if traveling by automobile) small-ish ILCs (interchangeable lens cameras): Olympus E-M5, Olympus E-M1 and Sony NEX 6.  For lenses, I generally prefer the flexibility of zooms.  With three zooms I can cover the equivalent range of 24mm-600mm. 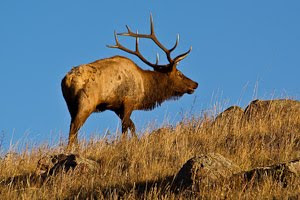 These items, a few filters, lens cleaning accessories, extra memory cards, and spare batteries all fit nicely into an LLBean Turbo Sling Bag. Though the weight of this equipment and these accessories adds up to probably 5 pounds, in dSLR-land this is still a pretty light and compact kit.

Olympus zooms are generally known for their excellent close up capabilities.  This greatly increases their flexibility.  For example, the 70-300mm lens has a macro setting which allows me to fill the viewfinder with an object as small at 1.3" wide (36mm), with a working distance of 33"! This is perfect for flowers, butterflies and dragonflies. 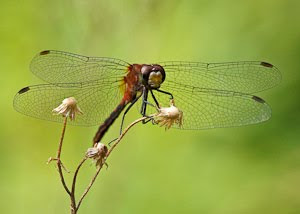 But even with the great focal length coverage of my travel kit, I would be lost if I didn't also carry a compact camera. I own and use several but the Canon S90 is the smallest.  It slips easily into my pant's pocket, so it's always ready for those quick and stealthy one-handed shots when you don't want to be too obvious.  The Panasonic LX5 also pleases me.  The sensor is the same size as the S90. It has a shorter range zoom (disadvantage) and a faster F2-F3.5 lens (advantage).  It's a more serious camera in my opinion than the S90.  In good light while traveling I will often use the LX5 instead of my interchangeable lens cameras (ILC).  Unless you have found a potential "portfolio shot", I find the images from the LX5 to be quite...well, sufficient.
Posted by Peter F. at 06:30