Every spring when I feel like grabbing my camera and pressing the shutter I find myself strolling around our yard.  We have some beautiful sugar maples and I love the little seed pods when they turn pink or magenta.  They look so photogenic against a blurred background of green foliage.

According to Wikipedia the maple seed pods are called samaras. Less formally, they are also called whirlybirds, polynoses, and maple keys.  As a youngster I remember calling them helicopters because of the way they spin.

Yesterday, between raindrops, I took a few pictures.  The wind was more than I wanted, but I shot at fast shutter speeds to freeze the action.

I will start below with my favorite picture from yesterday.  I call it "the capture of the day".  And, it was right outside our front door. I spied this inch worm purely by accident, and found that if I viewed it in a backlit orientation I would pick up light off the thin thread strand, which you can see of to the left of the stem.

The two pictures with the inch worm were taken with the Olympus E-M1 and an old 50mm macro lens designed for the FT format.  It autofocuses terribly, so I relied on manual focus and focus peaking.

The remaining images were taken with the Sony NEX-6 and 90mm Tamron macro lens. I relied on manual focus and focus peaking here as well.  I preferred the white balance I got from this set up.  It was a bit cooler and the Olympus was a bit warmer.  Once on my computer, I adjusted the Olympus images to resemble those from the Sony. 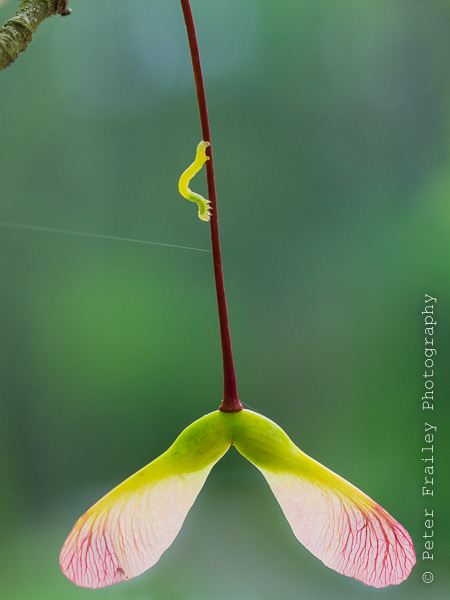 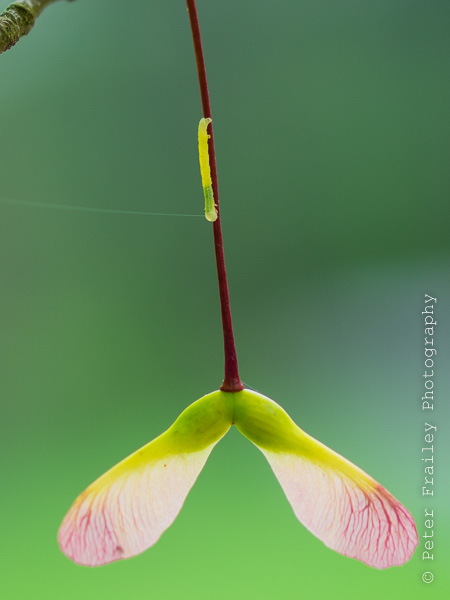 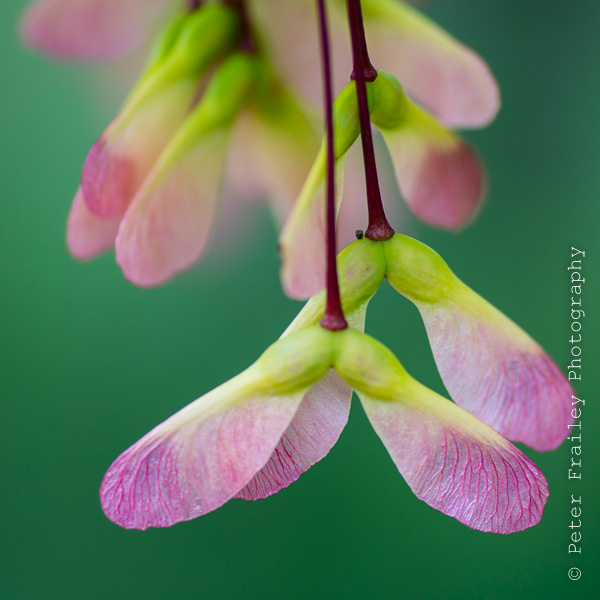 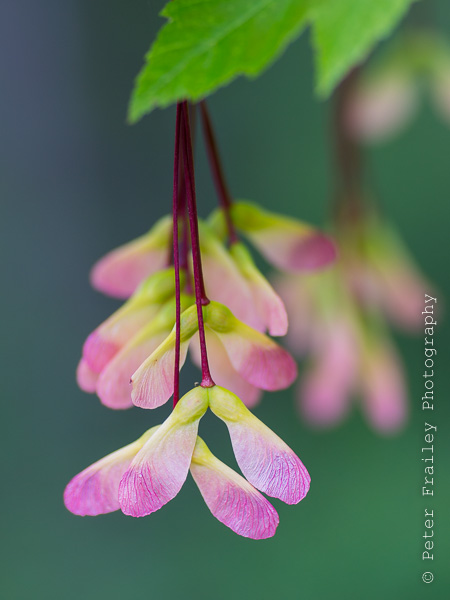 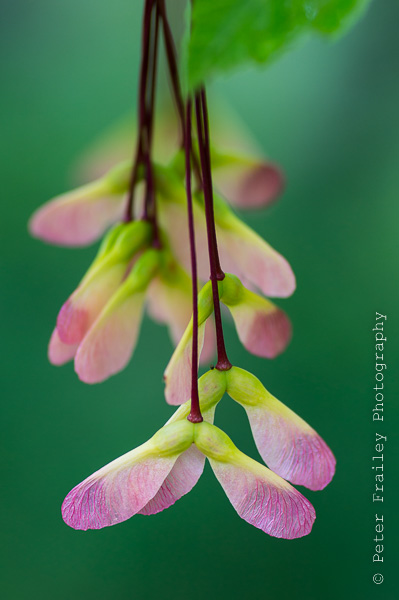 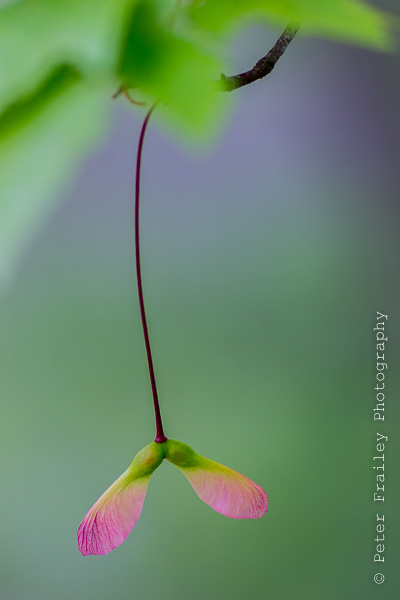