Colorado Road Trip 2019 | On the way to Steamboat Springs 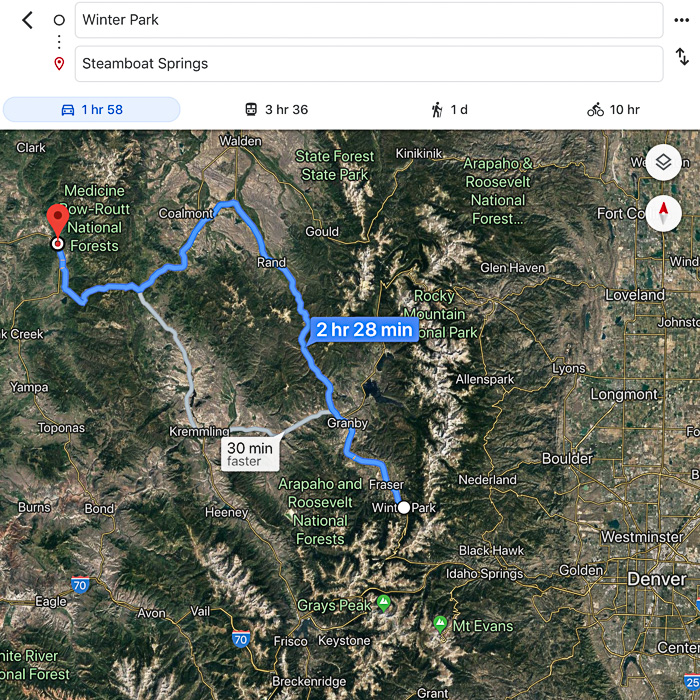 We left Winter Park (Fraser/Tabernash area) and headed across miles of some very flat arid wide open land to Steamboat Springs, Colorado.  Steamboat Ski Resort is an internationally known ski destination. It is a relatively new ski area, which started in 1963. I believe that is the same year that Waterville Valley here in New England (NH) started.  Nevertheless, we've been told that Steamboat Springs had the first organized skiing in Colorado (or was that in the west? or in the entire USA?), as a ski jumping hill was build there in 1914 by Norwegian Carl Howelsen. That original jump is no longer in use, but you can see it still at the Howelson Ski Area.  Next to the two old wooden jumps there are now two modern jumps, the largest being 114 meters. It is one of only several ski jump training areas left in the United States. 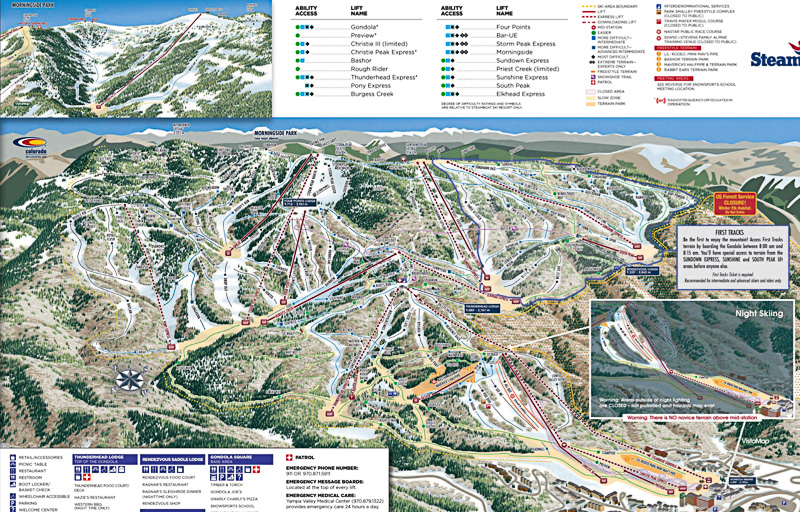 The Steamboat Ski Resort is huge.  It has 18 lifts, 169 trails, and has 2,965 skiable acres.  This makes it the fifth largest ski area in Colorado, based on skiable acres. But I see that only Snowmass has more vertical rise. This gives Steamboat almost twice the vertical rise and 14x the acreage of one of my favorite New England ski area, Waterville Valley

The town of Steamboat Springs is just a few miles away. It got started in 1873.  Ranching and mining were the main occupations.

The downtown area and the ski resort area are circled in blue on the screenshot below from Google maps. The green designates bike riding trails.  The trail through the town follows the Yampa River and is paved and flat.  Great for joggers, walkers, and strollers. 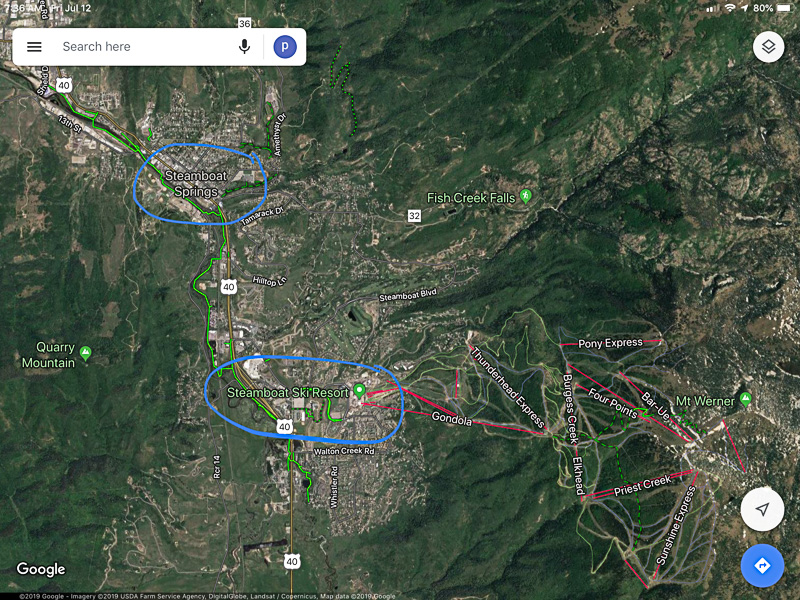 Starting 20 miles or more from Steamboat, we starting seeing yellow signs like this one in the middle of a cow pasture.  F.M. Light is a western clothing outfitter. 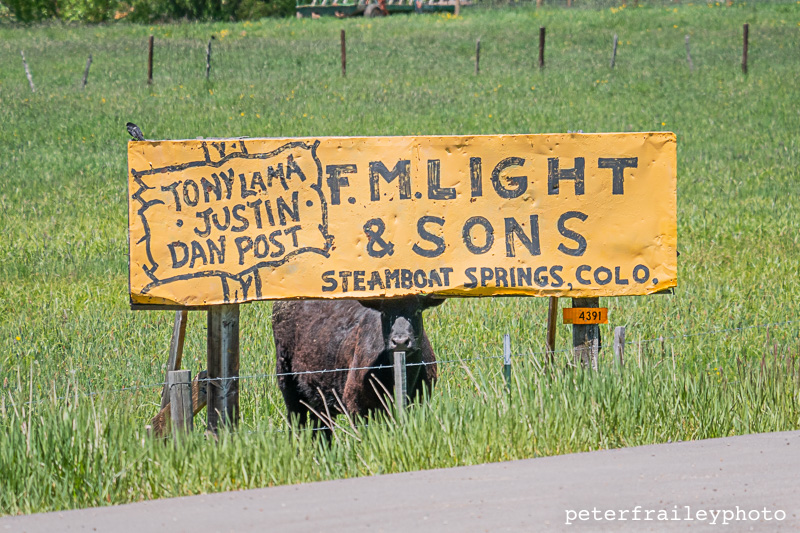